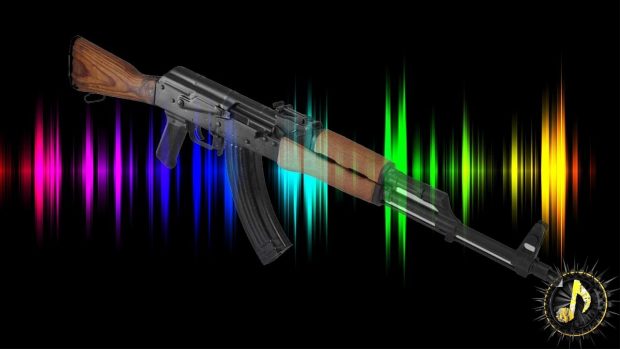 With all the recent active shooter/active killer events happening worldwide, I’m continuing to see reports of the exact same phenomenon….people don’t recognize the sounds of gunfire when they are being shot at.   In almost every mass shooting, victims report that they heard a loud noise, but thought it was some other more innocuous sound.  In a recent school shooting,  Jordan Coates, a student at the school stated:

“My back was to the door. I heard a pop and thought it was a bag because people do that”.

He was in the same room as the shooter and heard the shots.  His first instinct was to rationalize the sounds as being from something more familiar…he thought the gunshots were actually plastic bags being popped by fellow students. 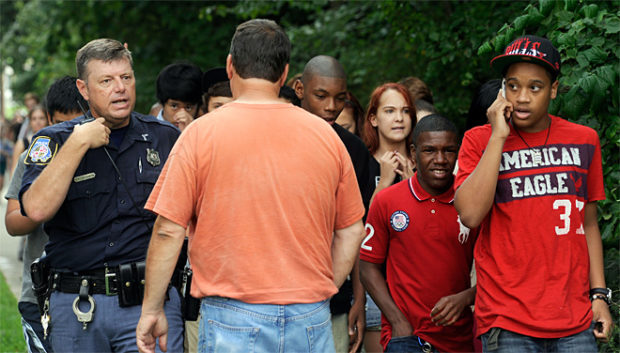 Jordan is not alone.  In the Oikos California college shooting  (where 10 people were shot), victims reported thinking that the gun shots were fireworks.  The same was true when two students began shooting inside Columbine High School.  In the Beslan School massacre, people thought the initial shots were popping balloons.  Victims trapped inside the Virginia Tech classroom building during that school shooting believed they were hearing construction noises, not gunshots.

It is important to quickly be able to distinguish gunfire from other less lethal sounds.  The faster you or your children can recognize the sounds of gunfire, the better your chances for escape will be.

Gunfire inside a building doesn’t sound like gunfire at the shooting range.  I’ve participated in numerous active shooter training scenarios where I have been tasked with finding the “shooter” inside a large building.  Even when the person playing the role of the shooter is firing full power blank cartridges, it is difficult to locate him inside a school or office building.

The shots sound muffled and the direction from which they are being fired is difficult to determine.  Sometimes, you won’t be able to hear the shots at all.  I remember playing the role of the active shooter for a neighboring police agency’s training scenario.  I was firing blanks from an AR-15 rifle in a vacant multi-story office building.  The officers trying to find me did not even hear the shots from just one floor below my location.

Not only does this muffling issue affect potential victims, it also changes police response.  Many police active shooter response courses teach officers to “run to the sounds of the guns”.  That tactic doesn’t work when you don’t hear the gunfire.   If you are a police officer reading this, I strongly suggest that you abandon this idea.

Rather than relying on hearing the shots, you should be gathering intelligence on the shooter’s location by looking for blood, dust falling from ceiling tiles, empty cartridge cases, and smoke.  Asking the victims or fleeing students where the shooter is will also be a vital tactic.  Don’t rely solely on your ability to hear the shots as your means to find the gunman.

So, what can you do to avoid the mis-identification of gun shots and increase your odds of escaping an active shooter event?  Here are some suggestions:

– Be cautious of wearing earbuds or headphones in a public place that may be the site of a shooting.  Many shots are difficult to hear inside a building.  They are far more difficult to identify while wearing headphones. 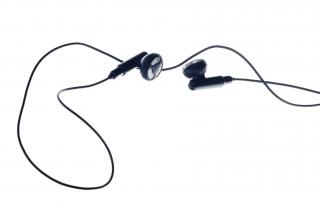 – When you hear gunshots outside the building, expect that the shooter will make entry soon.  Most of the recent active killer attacks with high body counts (think Uvalde) started with the killer firing his gun outside before moving into the building to find more victims.  Your only warning may be hearing shots outside.  Use the time immediately following the shots to harden your indoor position or set up an ambush for the killer.

– I assume that most of the folks reading this page are shooters and have at least heard the sound of gunfire at some point in their lives.  If you haven’t ever heard the sounds of gunshots, please have a friend take you shooting or visit a shooting range just to hear the sounds.  Different firearms make different sounds.  A .223 rifle does not make the same sound as a 9mm handgun or a 12 gauge shotgun.  Try to hear several different types of guns.  You don’t have to learn to identify the caliber, only recognize that shots are being fired.

– If you know what guns sound like, do your children?  They need to know too.  Take them to the range.

– Even if you have fired a weapon many times, you should recognize that guns fired indoors sound different than guns fired outside.  Go visit an indoor shooting range.  The muffled sounds that you can hear from outside (or from the front room outside the range) are most similar to the sounds of gunfire inside a building.  Learn to recognize them.

– If you have control over a large building, it would be very useful to wait until the building is empty and have a friend fire some blank rounds from various locations inside.  Get a feel for what the shots sound like and try to locate the shooter.  It will be much more difficult than you think.  This exercise can also be done inside your house.  Please be cautious not to alarm any neighbors when you try this.  You don’t want to hear the sounds of police gunfire when they think there is an active shooter inside your house or office.

Quickly recognizing the sound of gunfire is a critical skill for surviving an active shooter event.  Unfortunately, it is something most people never think about.  Don’t be caught in the web of denial and rationalization like so many past shooting victims.  Learn to identify shots being fired and have an escape plan.

It’s not a car backfiring or fireworks going off.  Those sounds you are hearing are gunshots.  Act accordingly.