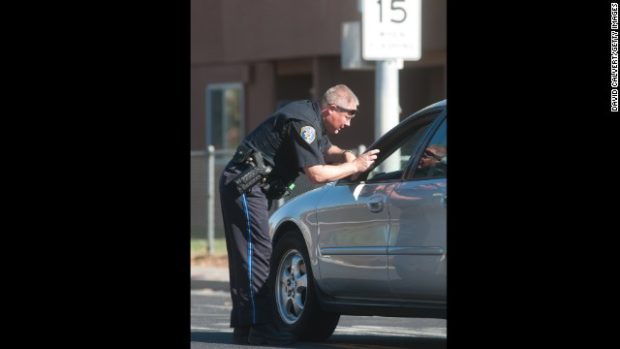 On Monday morning, a 12-year old seventh grader in Sparks, Nevada shot and killed one teacher and wounded two other students on the school playground before classes began.  The shooter then killed himself with the same gun.  If you are unfamiliar with the event check out this article from CNN.

While details are still sketchy in this case, several facts have come out.  Here are some important things for parents, teachers, and students to understand…

1) Timing of the attack– I’m noticing that several recent school shootings have occurred in the early morning hours before school actually starts.  This is a time when students are disorganized and not all staff are present.  Lock down drills are not practiced then.  It’s a chaotic time and killers use that chaos to their advantage.  Schools should have a plan to react in case such an event happens either before or after school is actually in session.  Most schools don’t.

2) Location– The killing happened outside the school.  I anticipate more shootings happening outside in the future.  The killer doesn’t have to smuggle weapons into the school.  There are fewer teachers supervising.  They can completely avoid any passive security measures such as locks or metal detectors.  Most schools fail to plan for this eventuality.  Can your school trigger a lockdown before school starts?  How do they signal the students outside?  Where do those students go?  All of these are details which need to be worked out.

3) Talking is a poor strategy.  The heroic teacher in this case attempted to talk the student down after the student shot his first victim.  His heroic attempt was rewarded with a bullet in the chest.  Historically, begging, pleading, and talking to the killer has not resulted in positive outcomes.  In general, talking should only be considered as a last resort when no other options are available.

4) Time.  The entire attack, from the time the first child was shot until the shooter killed himself, lasted less than three minutes.  Think about that for a second.  You don’t have much time to act.  Don’t expect the police to be able to arrive in time to save you.  You won’t be able to get to your vehicle glove compartment to get the gun you don’t carry “because it’s too heavy.”  You are on your own and will be forced to use whatever gear you have on your person to stop this kind of attack.

5) Alternate release options must be considered in advance.  Most of the news stories immediately after the shooting happened mentioned the large traffic jam created when parents came to pick up their kids after the school was closed.  Parents will naturally want to make sure their kids are safe after such an incident and they will learn of it almost instantly via cell phone calls or texts.  There must be a plan to handle this traffic.

Check with your school to see if they have an alternate release strategy.  If they don’t, arrange one with your child.  Identify a public location approximately 1/4 to 1/2 mile away from the school where you can meet your child.  Make sure the location wouldn’t be enclosed in the perimeter created by the responding police units.  Instructing your child to meet you at the pre- arranged location will get your child out of danger more quickly and will facilitate a faster pick up by you.

As more details emerge in this incident, I will write more.  Until then, if you have any questions or additional ideas, post them in the comments below.