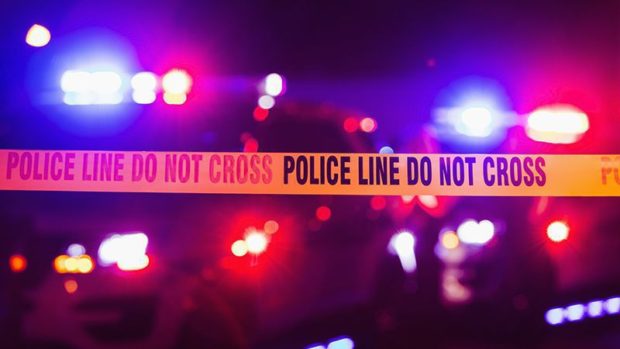 As I was scanning my news feed last week, I came across yet another mistaken identity shooting where the “defender” fired through a door or wall.

Dad mistakes daughter for intruder, shoots her to death

According to the article:

“Pressley’s father told investigators he fired through a door at what he believed was an intruder, who turned out to be his adult daughter.”

This happens with stunning regularity.  Here’s another one:

It isn’t just an American thing.  The incident above happened in South Africa, but could have just as easily happened here.  A man was awakened by what he thought was someone breaking into his house.  He heard suspicious noises outside his bedroom door and fired a shot.  The shot went right through the door, striking his own daughter in the head.

You see this technique a lot in movies.  Beginning students almost always ask me about it.  There are even some “professional” firearms instructors who have been recorded on video advocating the technique.  I think it’s a disaster waiting to happen.

If you can’t identify your target, you shouldn’t shoot.  It’s that simple.  One of the basic four rules of firearms safety is “Know your target and what’s beyond”.  Have we forgotten this simple lesson?

Besides being dangerous, shooting through walls is tactically unsound.  You aren’t likely to get a good hit, you waste ammunition, and you temporarily reduce your ability to hear the intruder (ever fired a gun without ear protection in a house?).

Don’t do it.  Let’s keep this tactic in the movies where it belongs.

Instead you should develop a clear challenge protocol.  Yelling out a simple “Who’s there?” works fine.

The intruder is far more likely to be a family member than a ninja coming to assassinate you in your sleep.  Any family member will likely call out when you voice your question.  Tragedy averted.

“John Tabutt, 62, told authorities he had grabbed his gun after he thought he heard an intruder, then fired at a figure in the hallway, according to Brunelle. It was Tabutt’s live-in fiancee, 62-year-old Nancy Dinsmore, whom family members say he was going to marry Saturday. Tabutt told authorities he thought she was next to him in bed the whole time.”

Do you think he might be happier with the outcome had he had called out “Who’s there?” rather than firing his gun at an unidentified target?

You can always escalate, but you can’t bring  that fired bullet back.

If you call out and don’t get a response or the response isn’t what you expect, you need a second challenge: “I have a gun and have called the police.  Get out of my house right now.”

Gather your family in your designated safe room and call police.  Let them find the intruder(s).

There shouldn’t be any need to shoot through walls or doors.  More gun owners need to recognize that fact. 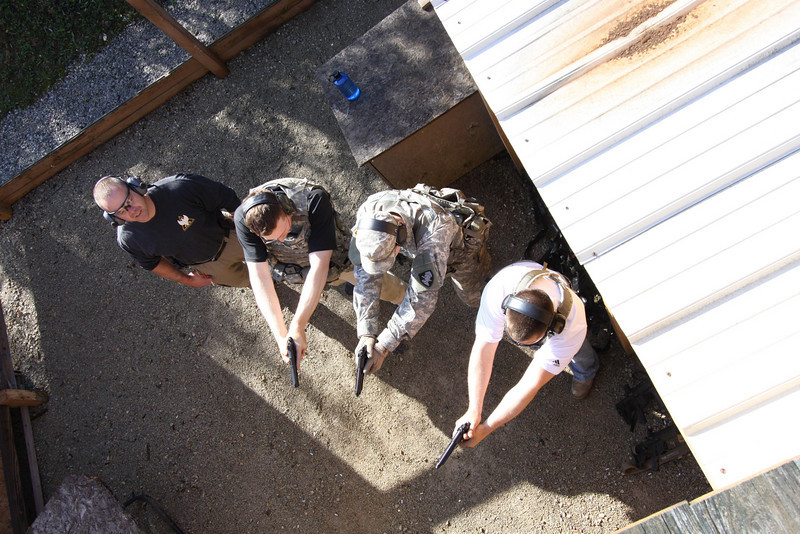 Training some friends in the US Army in building clearing tactics at TDI before they head out to Afghanistan. In war, shooting through walls might be a valid tactic. In your home…not so much.