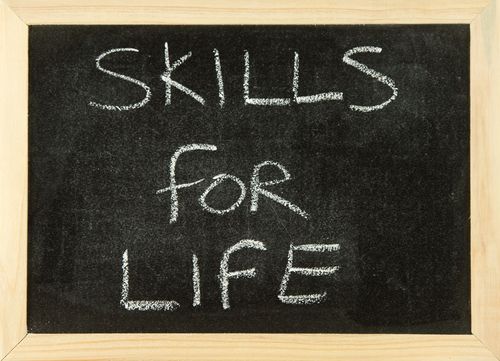 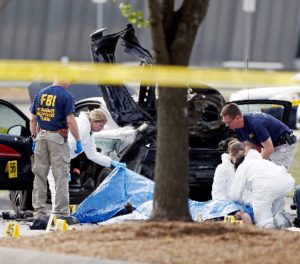 Some good lessons here from a cop who killed two rifle-armed ISIS terrorists with his duty Glock pistol.  Closing the distance on rifle armed attackers makes good tactical sense but few people consider doing it.  When going against a rifle when armed with a pistol, distance favors the dude with the rifle.  Getting to cover that stops rifle rounds may be difficult.  If it isn’t advantageous to create distance or to get to cover, what is the best choice of action?  Advance. 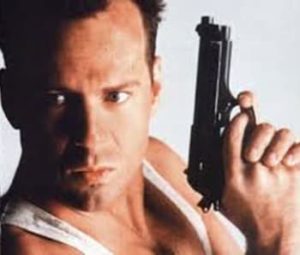 Entertaining article interviewing a Hollywood movie armorer.  Ever wonder why it seems that every movie bad guy is armed with a Beretta 92?  The armorer explains why. 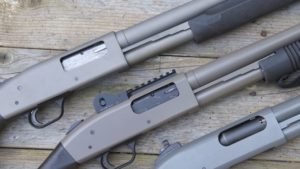 A very useful and detailed comparison between the three most popular defensive pump shotguns.

5 steps of riot prep: How to do crowd control correctly 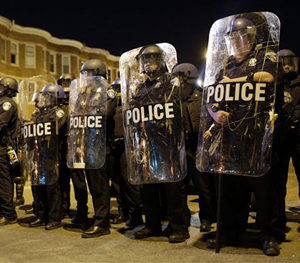 With all the riots, protests, and demonstrations forming around the country, my cop friends would benefit by reading this article and implementing the suggestions contained within. 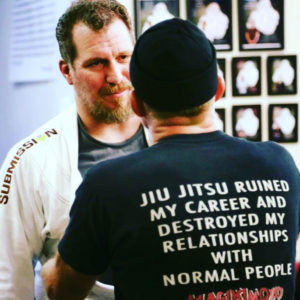 “While there certainly are more efficient ways to train we have to fight the urge to succumb to the get rich quick mentality. There is no easy way. There is no shortcut. There is only consistent effort over time.

Sometimes it’s consistent, painful, bone-crushing exhaustion level effort over a longer period of time than we think it should take.” 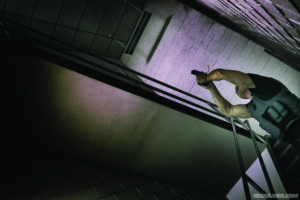 Some tips for clearing stairways.

This might be a useful resource for those of you who live or travel in the USA.

The .357 Sig is an effective round, but that effectiveness comes with a cost.  Increased recoil, flinch inducing muzzle blast, and increased wear on the pistol are common with the round.  It performed well here, but no better than the high end 9mm rounds perform in gelatin.  I generally don’t recommend it for self defense (against people). 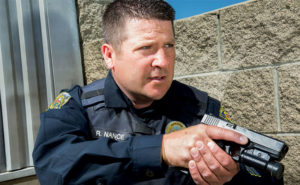 Some police tactics that you can adopt as an armed citizen.

Give this shooting drill a try.  Can you meet the standards?

You may also want to check out this review of Karl’s newest course offering “Historic Handgun.”  It sound like a really fun class to take.

What 15 Months of Sergeanting Taught Me About Leadership 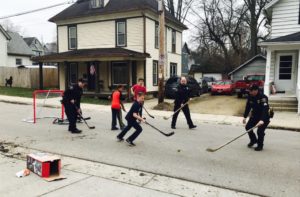 One of the best police leadership articles I’ve read…

“The most important part of managing an in-progress incident is making sure everyone is working towards the same goal.  For example, a neighboring agency is chasing a car toward your jurisdiction for charges that don’t meet your policy.  Some of your cops think the mission is to help catch the bad guy, some think it is to drive to the opposite side of town and avoid at all costs, and some will try and channel the pursuit away from your populated areas.  It is up to you to understand your command’s expectation and put out a mission statement over the air so everybody is clear what we are doing.  As the car barrels toward the bus full of nuns there will not be time to approve every decision.  Make your intent clear and the smart people you work for will make it happen.”

When Violence Is the Answer: Learning How to Do What It Takes When Your Life Is at Stake 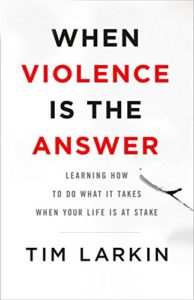 I just started this book.  From what I’ve read so far, it is good information and similar to the author’s other writing.  Mindset is prioritized over specific tactics or techniques. 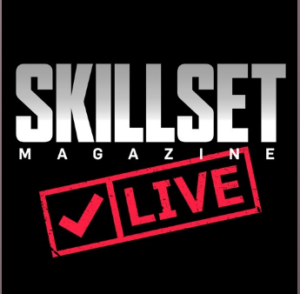 A very informative podcast interview with Ed Calderon.  In it, Ed talks about law enforcement in Mexico and drops a whole bunch of knowledge about the Mexican drug cartels and how they operate. 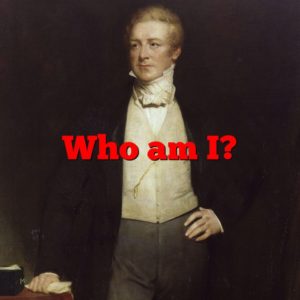 Why Sir Robert Peel’s historic policing principles may not be relevant to today’s culture.  Caution, there are some grammatical errors.  The dude is a cop, not a writer.  Keep that in mind when some of his paragraphs sound a little bit awkward.  I liked the whole article, but this passage stood out the most:

“IF you take a different mindset or approach on the job then this culture acts as if you are a cell that doesn’t belong and all the other officers who are set in their ways are the white blood cells that bond together and push you away, because they are the same and you are different.

Officers face violence every fucking day. There is this thing called BACKUP. And if you take an actual real non-violent approach to criminals and you believe that Taxation is Theft and you don’t fuck with people because you don’t believe traffic laws are just and you don’t believe it’s righteous to detain someone for walking down the wrong side of the street; then the WHITE BLOOD CELL officers start to treat you like you are a virus that doesn’t belong and you know what comes with that??? Less backup. Slower backup. Less support. So when your literal LIFE becomes reliant upon fitting in, you fucking tend to fit in.”

If you’ve been reading my stuff for awhile, you probably know that I don’t think the same way as the “normal” cops do about a lot of issues.  It’s one thing not to be on the same page with your co-workers.  It’s something entirely different when you and your co-workers aren’t even reading the same book.

I never chose to “fit in.”  I chose instead to become so formidable that the outcome of whatever fight I’m in isn’t really a function of how quickly “backup” arrives.

Force Decisions at the Top 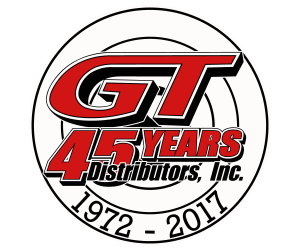 One more policing story in today’s batch.  This one deals with inept police leadership decisions.

“Things have changed, and not for the better. In a police world of, ‘damned if you do, damned if you don’t’ attitude. The latter option is preferred by many. Less to explain,”

If you liked the article, check out Kevin’s newest book: Citizens’ Guide to Armed Defense. 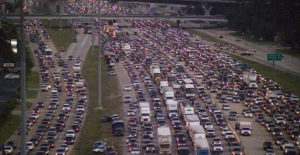 Valuable information to consider if you are preparing for a natural disaster.

Good information about reloading the revolver with “speed” strips.  Unlike the author, I’ve had better luck with the Tuff Products Quik Strips than the original Bianchi Speed Strips.  I can’t tell you how many of the end tabs I’ve ripped off of the speed strips.  I’ve been using the eight round quick strips loaded with five rounds.  Starting at the finger tab, I load two, space, load two, space, load one, space.  The space at the end turns the strip ambidextrous and allows me to use it as a finger tab if I draw the strip upside down.

Another Great Reminder Not to Chase Fleeing Thieves

This is a huge problem and I don’t know how to solve it.  How do you temper a man’s instinctive desire to chase?  It’s clear to most rational people that getting hurt or killed over a case of beer isn’t a very good bargain.  How do we get people to think about that possibility in the heat of the moment?

Seek Not to Be Entertained 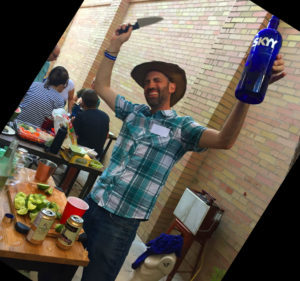 I have to laugh at this story because Lauren and I have been approached by the same type of cable TV salesman with the exact same response.  Neither one of us has TV.  That seems to completely stun the cable salesmen.  He probably doesn’t get that response too often.

In any event, the article is a good one.  Do what is best for you, not what is the most entertaining.

“Now with all this puritan advice properly laid down, we can all relax and realize that there are no absolutes – life is a balance. There is plenty of room in life for both productive and unproductive activities. The problem is that most people have the balance tilted too far towards the latter.

So if your life needs a boost, try giving up something you enjoy, and replacing it with something that improves your life.”

Bag of Tricks — Use Your Gear to Stabilize Your Position 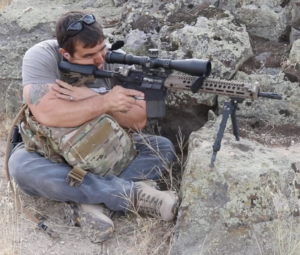 When firing my precision rifles, I really like using my sniper pack as a rest.  In fact, I shoot better off my pack than I do from a bipod. 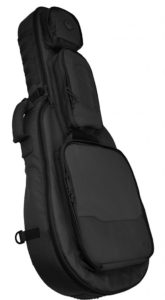 Have you considered that a regular or “tactical” rifle case may not be the best way to transport your rifle?  I prefer to stay low profile.  I don’t want other folks to know I am armed as I move my rifle in and out of my vehicle in view of the public.  I carry my work AR-15 in the Hazard 4 Guitar Case pictured above.  I’m not trying to avoid theft, I’m just trying to avoid my package being recognized as a rifle.  I carry my folding stock pistol AR-15 in a laptop case.  I’ve also been known to carry a folding stock AK-47 in a tennis racquet bag.  I should probably give that one up.  No one is going to look at me and think “tennis player.” 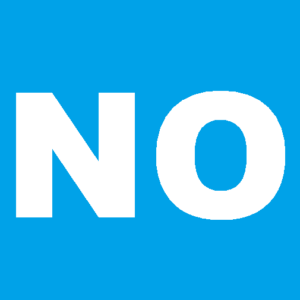 A short (but important) article from Claude Werner.

I often tell people when it comes to the simple matter of merely hitting a target, stance is irrelevant.  If the sights are aligned and the trigger is pulled smoothly, you will hit your target.  It doesn’t matter what position your feet are in.  Whether your arm is bent or straight doesn’t matter.  Stance has some relevance when it comes to speed shooting, getting on target quickly, and recoil control.  It isn’t important for basic accuracy.  Have you ever tried walking on a slackline?  Watch the video above.  Mickey shoots from the slackline and gets hit.  Your foot position when shooting makes absolutely no difference at all. 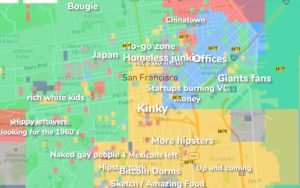 This site looks fairly useful for the traveler. While funny, the crowd-sourced information might give you good background information about the neighborhood you are visiting. 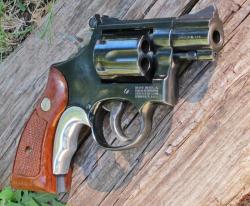 We had two notable active shooter incidents in the USA last week.  Both were stopped by UNARMED victims.  The school shooting linked above was stopped by an unarmed teacher.  The Nashville church shooting was initially stopped when an unarmed usher attacked the shooter, forcing the shooter to accidentally shoot himself.  The suspect than began pistol whipping the unarmed usher.  The usher broke contact, ran to his car, and got his CCW pistol.  He held then held the suspect at gunpoint until police arrived.

Two lessons here.  The first is that aggressive action (even when unarmed) regularly stops an active killer event.  The second is that if you have a CCW permit, you need to carry your weapon.  Your car is not a holster.

The Seven (7) Most Important Survival Techniques You Should Teach Your Kids! 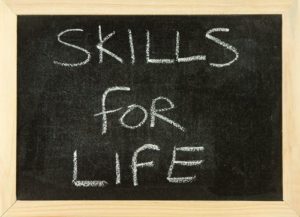 Have you taught your children these vital skills?  Do you know them yourself? 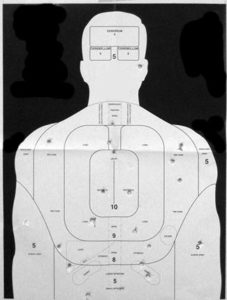 “Speed is good. Speed is important. But speed only matters if the thing you’re doing speedily is hitting vital structures in a way that will promote rapid incapacitation. Slicing up a bunch of distal arteries and capillaries might make for a gruesome appearance and could eventually cause someone to bleed to death, but not before he’s had enough time to kill you, bury your corpse, and drive himself to the local hospital.

Bustamonte, I Hate You 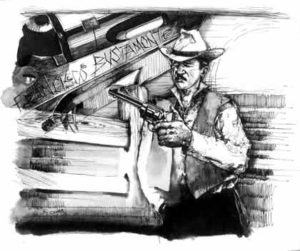 In last week’s knowledge dump, I talked about the lack of literacy in the fields of firearms history and mentioned reading the works of Skeeter Skelton back in the 1980s.  Skeeter was a great writer who penned monthly columns for Shooting Times magazine.  Here is an example of his work.  I think you’ll enjoy it. 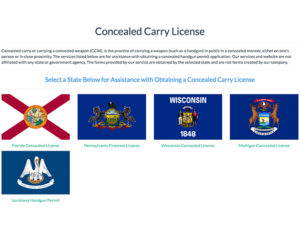 Some important information for my readers looking to get a concealed carry permit in the state of Pennsylvania.  Buyer beware.