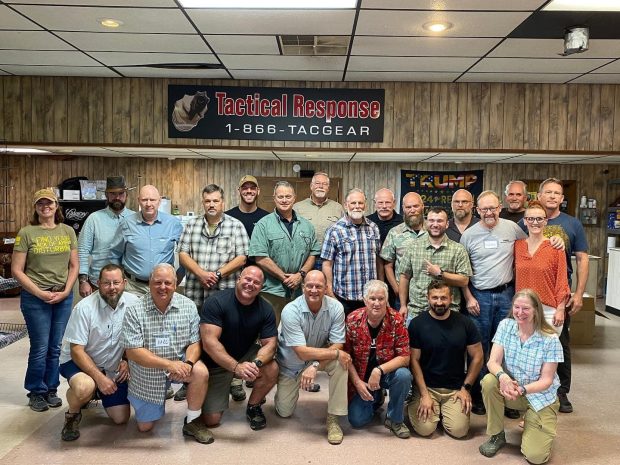 A couple weeks ago, I drove to Camden, Tennessee to teach at Andy Stanford’s Surgical Speed Shooting Summit (SSSS).  It was without a doubt one of the most unique training conferences I’ve ever participated in.

A lot of newer gun folks don’t know Andy Stanford.  Andy was a military analyst who came to some fame in the early 1990s after he won one of the annual National Tactical Invitational (NTI) events.  NTI was an invitation-only event that tested shooters’ live fire skills and their performance during scenario-oriented training.

The NTI had a ‘village” full of about 150 role players.  Each participant spent about four hours in the village conducting basic tasks.  At any time, the participant could be attacked by simunitions-armed role players.  Whether each student lived or died was a function of his abilities to both verbally and tactically handle all the role players they encountered.

I participated in the NTI in 2003.  It was a surreal experience.  After Andy won the NTI top award in the early 1990s he began teaching commercial firearms classes and wrote a couple books for the now defunct Paladin Press.  He wrote the very first book on gunfighting at night and also wrote “Surgical Speed Shooting,” his treatise on state of the art handgun training for the time.

I first met Andy when he and Paul Gomez came down to TDI to attend a class I was teaching somewhere around 2004.  We’ve remained in contact ever since.  Andy got out of the firearms training business for more than a decade to pursue a career in opera singing, but is now getting back into a limited instructional capacity.

Andy’s idea for the SSSS was to bring together a lot of the top firearms instructors in the USA and have us develop a consensus on current best practices regarding firearms training.  We would take two days to define the problem and our proposed solutions and then teach our course to a large group of students for the next two days.

It was a monumental and chaotic undertaking.  It was also an instructor experience that caused me to adapt and improvise at a level I had previously not felt comfortable entertaining.  Instructors were paired with three of their peers and given 15 minutes as a group to develop a two hour class that was taught three times to three different student groups over the course of the day.

On the final day of class, the instructors were switched around and had to do the same thing a second time.  It was tremendously challenging.  We had no idea of our students’ general skill level.  We were working with other big name instructors who all had their own ideas about how to best teach the subject matter.

I’m happy to say that the instructors all adapted to the chaotic circumstances and came up with valuable course content for our students in the class.  It was a very unique training opportunity.   Karl Rehn likened it to a corporate team building exercise for firearms instructors. It was challenging, but I’m glad we pulled it off.

I also got to have what was likely my last in-person private conversation with James Yeager before he passes. He gave me some solid end-of-life advice that I will put to good use.

Overall, it was an experience I treasure and will use to be a better instructor in the future.  I could go into all the details of everything we did, but I would be covering topics that other folks already detailed.  Instead of doing that, I decided to compile all the other instructors’ writings about the conference.  Below are the links to all of the articles my fellow instructors wrote about the event.

He then did a video of one of the skip loading drills we instructors performed on day one.

But Claude saved his best analysis for his Patreon supporters.  I am one such supporter and have been since he became active on Patreon.  Claude’s impressions and analysis are truly the best reviews of this once in a lifetime conference.  Because of their importance, I asked Claude to make his normally private Patreon posts public for my readers to enjoy.  Claude graciously agreed.

The links below are from Claude’s private Patreon page.  Claude made them public so that anyone can read them even without supporting him.  Go to the links and enjoy.  If you found his contributions valuable, consider supporting Claude on the platform.

Finally, to close off the article, I commend to your attention Lee Weems’ podcast with several of the instructors talking about the event.  It’s probably the best summary if you really want the entire picture of what magic happened.

After perusing all of those articles, you should have a pretty good idea of how the class went.   Below are some of the photos that other instructors took during the conference to give you a better idea of the monumental undertaking we all participated in.

Thanks to Andy for organizing the event.  Thanks to James for being a gracious host.  More than anything else, thanks to the students who put up with a little chaos to get the best information 18 big-name instructors could come up with on the fly. 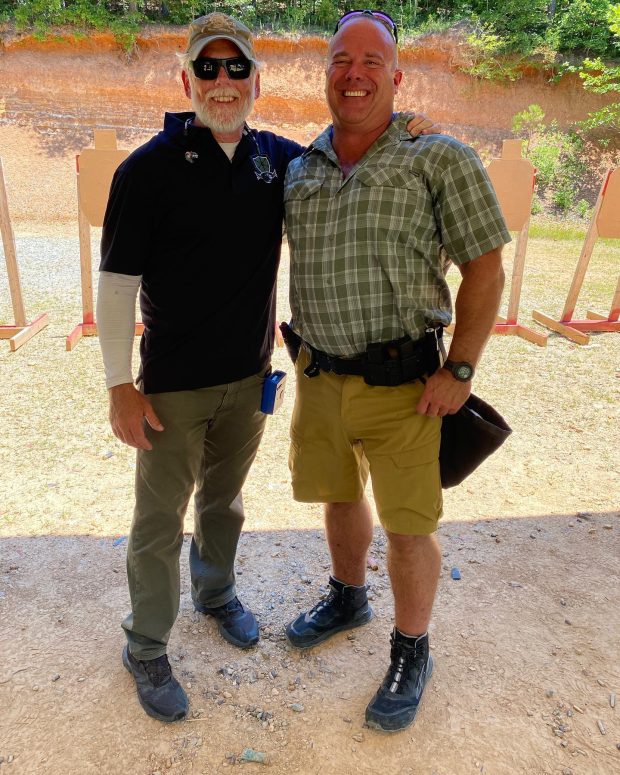 With Michael Green from GreenOps. 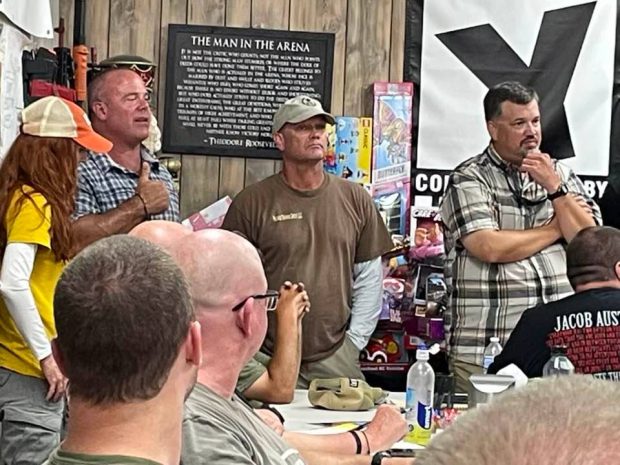 Talking about unimportant stuff during the class debrief. 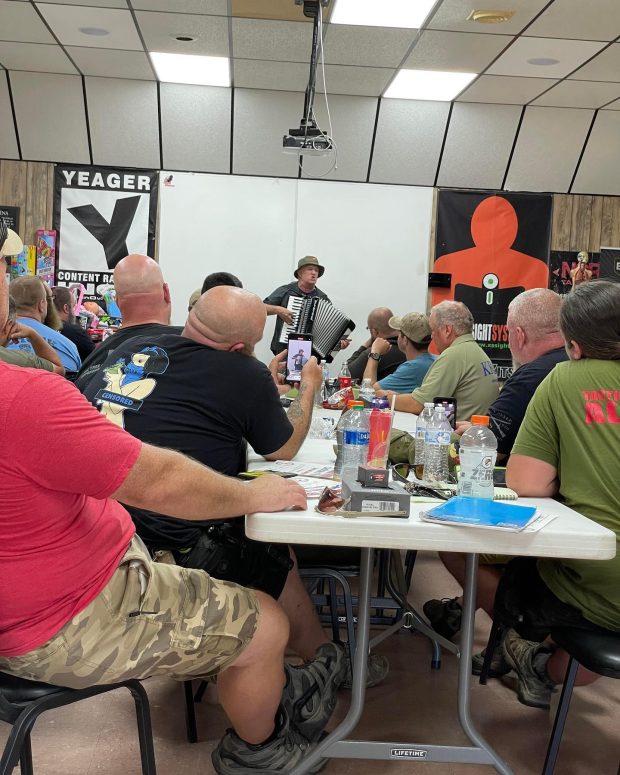 Andy serenading us with his accordion 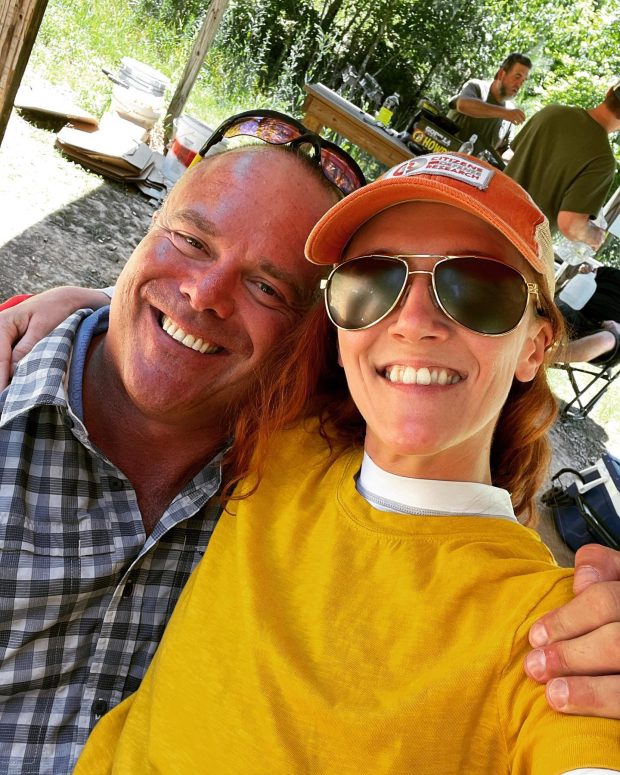 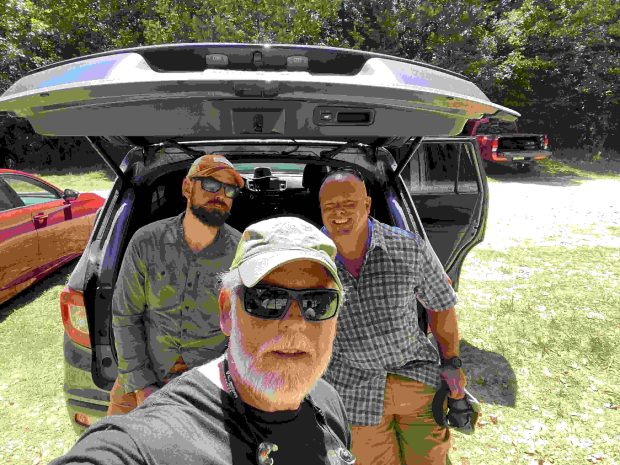 Hanging with Michael Green and John Johnston on a class break. 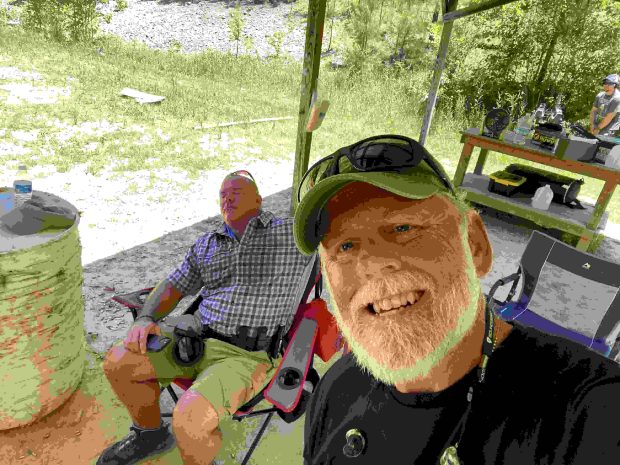 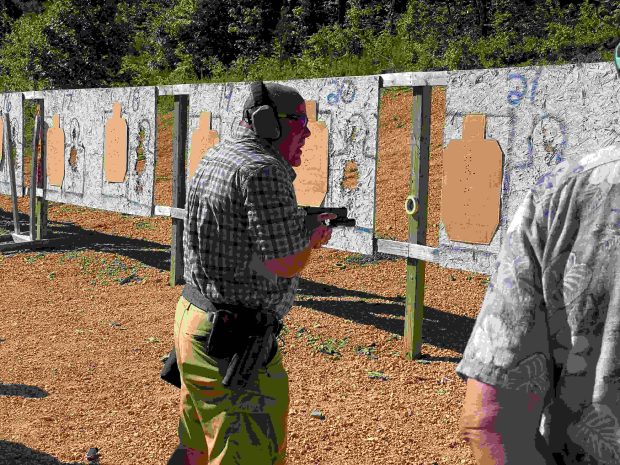 Firing along the horizontal line of presentation. 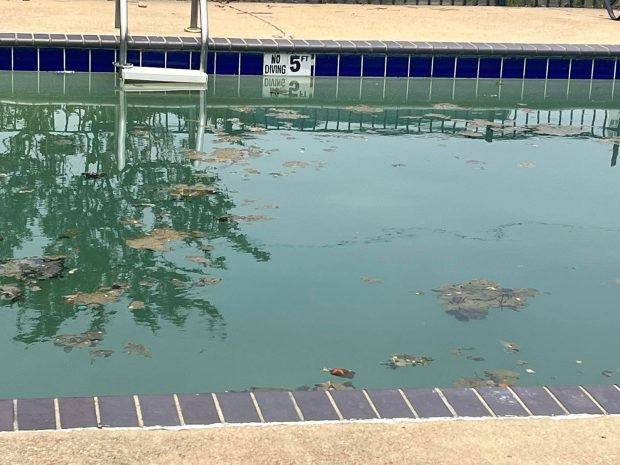 The water in my hotel swimming pool 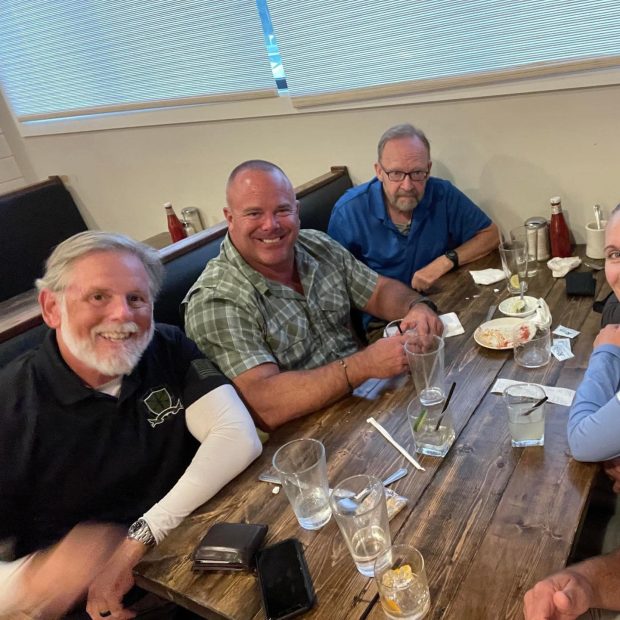 Dinner with Michael Green, Claude Werner, Melody Lauer, and John Johnston. We solved all of the world’s problems.