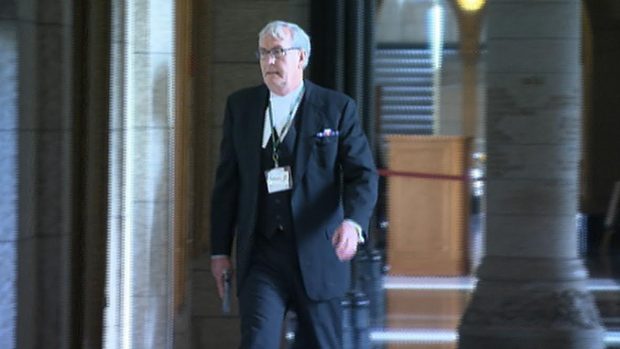 If you’ve missed the news over the last week, on October 22, a homeless, mentally-ill Islamic Jihadist with a crack cocaine addiction fired shots at Ottawa Canada’s war memorial and in the Canadian House of Commons.

The killer ran up to two soldiers guarding the Canadian War Memorial and opened fire with a Winchester .30-30 rifle.  He fired three shots, with two hitting Cpl. Nathan Cirillo in the back, killing him.  The third shot was fired at the other soldier, but missed.

He then jumped into his car (which was left running at the curb) and drove away.  He ditched this car a short while later, carjacking a government employee and stealing that person’s vehicle.

He drove the second car up to the parliament building and ran inside with his rifle.  He passed up several easily-targeted victims (likely because he had not yet reloaded his rifle and only had 4-5 more rounds) and attempted to access the room where the House of Commons was in legislative session.

Unarmed security guard Samearn Son observed the killer entering the building with a rifle and shouted a warning before attempting to physically subdue the killer.  Son grabbed the rifle, pushing it towards the ground.  During the struggle, Son was shot in the foot by the gunman, who then broke free from Son and continued his assault on Parliament.

Once the killer made it inside the parliament building, he exchanged gunfire with security staff before being killed by Sergeant-at-Arms Kevin Vickers.  Watch the short video of what happened when the shooting began:

The Russia Today Website has the best summary of events I have seen.  The article also contains compiled surveillance footage of the killer and his actions as he shot the soldier and entered the parliament building.  Watch the video below:

Overall, the Canadians handled a very dangerous situation in a prompt and professional manner.  Any Jihadist attack on multiple targets that ends with only one casualty (besides the attacker) signals a reasonably successful resolution.  But there were still things they could have done better.  Here are a couple learning points from the shootings:

These events happen quickly.  Look at the surveillance video again.  Do you see how fast the killer is running?  The entire event including the assassination of Cpl. Cirillo, the carjacking of a government minister, the struggle with an unarmed security guard and exchanging shots with armed security staff and police likely took less than five minutes.  If your only plan is “wait for the police,” you won’t be a player in a scenario like this.  It is likely to be over by the time the cops arrive.

The RCMP witnessed the car jacking and were in pursuit of the killer as he entered the Parliament Building.  They still didn’t get there in time to protect the legislators!  You will be on your own for some time if you find yourself in the middle of something like this.

One other comment I should make is that the killer was running FAST.  If you are thinking “I’ll just run away,” you should probably rethink that plan as well.  Make an honest assessment of your abilities.  Could you outrun the killer?  I know I couldn’t.

The trend of “Mobile Killers” is continuing.  The murderer here handled a part of his attack in textbook fashion.  He attacked one location and had an escape vehicle at the ready.  He quickly ditched that car in the event that its description was broadcast to the authorities and stole another one before making a second attack at a different location.

Having two or more attack sites and driving multiple vehicles (like previous killers have done in UCSB, Santa Monica College, and Fort Hood, among others)  creates significant chaos and hinders an adequate police response.  Although it’s hard to do, cops need to stay ahead of the killer.  When an active shooter event is reported, I think it is now reasonable to assume that the shooter will go mobile.  Instead of deploying all assets to the shooting scene, police supervisors should be thinking “Where is he headed next” and should start deploying officers to those locations as well.

One other thing of note…the killer left a running vehicle outside both shooting sites.  The presence of any potential getaway cars should be aggressively investigated by patrol cops.  We shouldn’t just assume that the abandoned car with the engine running parked outside a public location is a mere traffic violation.  It could be a part of a much larger crime.

“Running to the sound of the guns” may not be possible.  Go back and watch the video of when the shots were being fired.  You can clearly hear the gunshots, but beyond a general direction, could you tell exactly where they are coming from?  I wouldn’t be able to.

It’s very common that in large buildings and those with multiple floors, identifying locations of gunshots is virtually impossible.  Sometimes responders will be able to do it.  Sometimes they won’t.  All responders (armed citizens or LEOs) should be trained to use alternate sources of intelligence to pinpoint the location of the shooter.

Looking for smoke, dust, or blood on the floor might be helpful.  Screams can often be located easier than gunshots because the don’t echo as much.  Most importantly, responders should be trained to quickly interview fleeing victims as they move towards the gunfire.  Often the victims know where the shooter is and can tell responding cops.

One other thing to consider is the need for active hearing protection.  Gunshots inside buildings are LOUD.  Wearing a set of Peltor or Sordin amplified hearing protectors will significantly benefit any responder.

Lockdown without a plan in the event the killer breaches it is useless.  The Canadians did this right.  As soon as they were aware the Parliament was under attack, legislators were hustled into a room with locked doors.  Then they made preparations in the event the locked doors were breached.  The Telegraph reported :

“People took the flag poles with the maple leafs on the end – they’d make pretty good spears – and said ok, if the son of a b—- is coming through the doors we’re going to make him pay,” Laurie Hawn, a government MP.”

While I would have liked to seen them armed with something more substantial than improvised spears, I commend them for taking the initiative to protect themselves.  I doubt our American politicians would perform as well.

More stringent gun control laws will not deter active killers.  The killer in this event had two prior criminal convictions.  Those convictions would have barred him from legally purchasing ANY firearm.  It’s also clear that banning semi-automatic rifles isn’t an effective strategy either.  The killer used a Winchester .30-30.  The gun is lever action and has been around  since 1894.  It is likely the single most popular deer hunting rifle in North America and has never been the target of any gun banning legislation. 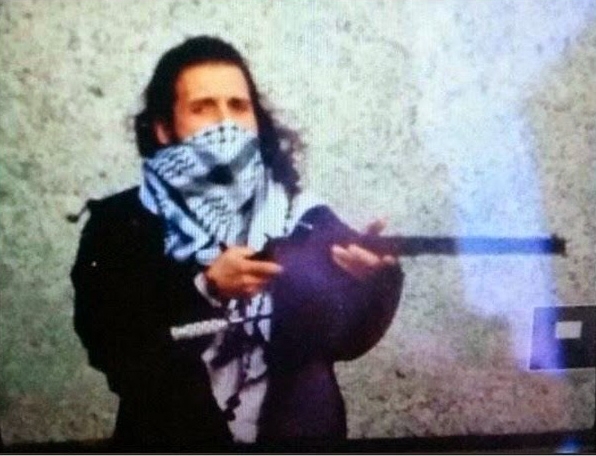 Unarmed guards should not be considered “security.”  Taking nothing away from security constable Son, who was unarmed and bravely attempted to disarm the killer, the fact remains that because the guard was unarmed, the killer was able to reach the entrance of the room where parliament was in session.  He should have been engaged with gunfire as soon as he entered.  Sergeant-at-Arms Vickers (who killed the gunman) was not even armed at the start of the incident.  He had to retrieve his gun from a lock box.  If there had been even the slightest delay in acquiring that weapon, several members of the Canadian House would likely have been shot.

The two soldiers at the war memorial had rifles, but they were unloaded.  If these soldiers had ammo for their guns, the killer would have never carjacked the government official or made it to the Parliament Building.  Don’t trust your life to unarmed “security” staff!

High capacity weapons are very useful for responders.  According to this CBC video, Vickers shot an entire 15-round magazine at the killer from a distance of approximately four feet.  At least 10 bullets missed.  Before you criticize Sergeant-at-Arms Vickers,  please remember that the average police hit rate is somewhere between 10% and 20%.  Vickers’ 30% hit rate is actually pretty good.

Fortunately the killer fell to the ground after the five hits…because Vickers’ pistol was now empty and he had no extra ammunition on his person.  He had to go back to his office to get an extra magazine to reload.  If there had been additional attackers, Vickers could have been in real trouble.  I’m all for people carrying whatever gun they are comfortable with, but I bet Kevin Vickers was glad he had a full-sized weapon.  I bet he also wishes he had brought extra magazines to the fight.  Let that be a lesson for you.  There’s no time in the fight to get long guns or bigger pistols.  If you plan on intervening in a situation like this, you better have all the gear you need on your person when the balloon goes up.

Even though this shooting occurred in relatively crime-free Canada, it has some serious implications for us here in the USA.  Stay alert.  I have a feeling we will be seeing more attacks like this in the future.