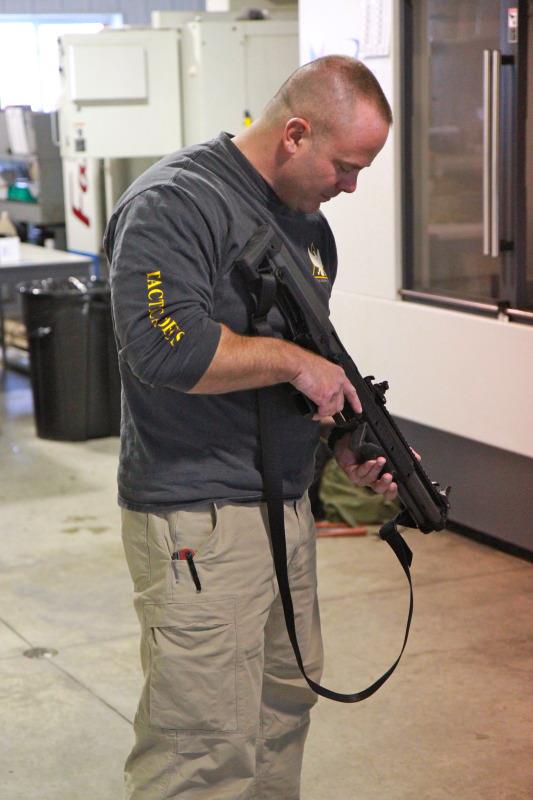 Playing with the new Kel Tec KSG shotgun. It was a cool gun. It would be a lot cooler if it functioned reliably.

Last month I got a chance to put some rounds through the new Kel Tec KSG pump shotgun.  It’s been all the rage on the firearms websites ever  since Kel Tec notified folks of their intention to put it on the market more than a year ago.

The buzz is well deserved.  The gun has the potential to be revolutionary…short, light, and holds 15 rounds.  Add to those characteristics the ability to instantly transition between different types of loads by switching which mag tube feeds the chamber, and you have a unique and effective weapon.

The KSG (Kel-Tec Shotgun) is Kel-Tec CNC’s first entry into the shotgun market. The size, shape, and design is similar to the currently available Kel-Tec RFB rifle, but the KSG ejects downward, instead of forward. The KSG weighs 6.9 lbs. and is as compact as legally possible with a 26.1” overall length and an 18.5” cylinder bore barrel. Even with this compact size, the internal dual tube magazines hold an impressive 12 rounds of 12 gauge 3” rounds in total (6 per tube). It can also reliably shoot shells as short as 1 3/4″ up to the 3″. 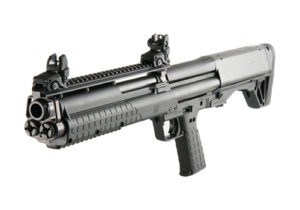 A friend was able to purchase one of the first of these shotguns to hit the retail market.  We took it out to his range and ran it through the paces on an extremely cold winter day in Ohio.  We were shooting on steel targets and used high brass birdshot loads.  Here’s how it went after I loaded it and walked up to the firing line:

If you do the math, I tried to shoot it seven times.  It only actually fired three times.  When it shot, it was accurate and controllable.  Unfortunately, that was less than half of the times I pulled the trigger.

Due to the nature of the short Bullpup design, you have to pull the forend back extremely close to your face to chamber a round.  It’s a very unnatural motion for anyone who has ever used another kind of pump shotgun.  The design is very susceptible to short stroking because of this.  But unlike other pumps that jam when you short stroke them, this one gives no indication of a problem until you pull the trigger and hear a click.  It just simply doesn’t chamber the round!

I am a very experienced pump shotgun shooter, yet I was constantly short stroking this weapon.  I wasn’t alone.  The two friends who were shooting with me had the same problems.

The catastrophic malfunction happened when it was failed to extract the empty case from the chamber. When that happens, a new round is wedged against the head of the empty case. Due to the positioning of the carrier, this is a fight stopping malfunction. You need a cleaning rod and maybe even a pair of pliers to fix it.

It took about 10 minutes to fix.

I was sick of the shotgun after that, so I handed it it my friend to try.  He short stroked it a couple times, fired it a couple times and then had the same failure to extract that I did.  We had to break out the pliers and cleaning rod again.  Another 10 minutes to clear the jam.

I really like to shoot, but not like this.  I shouldn’t have to spend more time fixing the gun than I do pulling the trigger.

It’s a fun gun when it shoots, but I wouldn’t trust it in a defensive role.  Most of the reviews in the gun mags are very positive.  Maybe my buddy got the one bad sample.  Or maybe those reviews were bullshit and only written to sell ad space in the magazines.  I’ll let you decide for yourself.

They haven’t released all that many to the open market. Suggested retail is in the $880 range, but people with expendable cash are bidding the second hand prices up.  Current prices for new ones on Gunbroker.com are in the $1600 range.

For $1600 you can buy a Benelli that works, a case of ammunition, and a two day shotgun class at a professional shooting school.  I think that would be a far better use for your money.  Save the KSG for a keyboard jockey with too much disposable income.