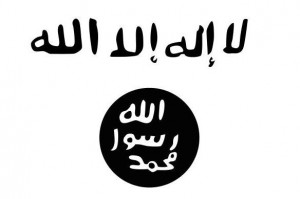 The flag of the terrorist group Al-Shabaab

Did you read about the terrorist bombing/shooting in Somalia January 1st?  If not, check out the two articles below for a quick recap:

Al-Shabaab is the fastest growing terrorist group in the world.  It is largely made up of Somali Islamist extremists.  Why does this matter?  Because the USA has admitted more than 80,000 Somali immigrants in the 25 years since civil war broke out in Somalia.  Some of these immigrants are still connected to Al Shabaab and have been prosecuted for terrorist acts in the USA.

No, I’m not saying that all Somali immigrants are terrorists.  I am saying that if we took a random sampling of 80,000 immigrants of any race, nationality, or culture who have been given residency in the USA without background checks, we are likely to find a few criminals and terrorists.

Those Somali terrorists still associated with Al-Shabaab may eventually try to conduct similar attacks here.  It’s prudent to be aware of their methodology.

When you look at their terrorist attacks, they almost always have three prongs.  This hotel attack had the initial suicide bombing, a secondary device, and then active shooters to mop up the survivors.  The combination of bombs and shooting is becoming the trademark of terrorist attacks around the world.

It’s important to recognize that rarely will a terrorist bomber stop with one bomb.  He is likely to place a secondary bomb in a survivors’ evacuation site or in a place where rescuers are staging.  If you are lucky enough to survive an initial explosion, get as far away from the initial attack site as possible.  As you are escaping, have your hand on your firearm and be ready to engage any active shooters who may make up the followup attack.

If you are assisting casualties, it is important to establish a casualty collection point away from any areas where large explosive devices can be concealed.  Stay away from cars, trash receptacles, abandoned luggage, or disturbed ground.  Ideally, you’ll also want a place with easy vehicular access and hard cover to protect you from additional explosives or gunfire.

Don’t assume that the initial cops and EMS personnel on the scene will chose the best location for a casualty collection point.  Many emergency personnel just haven’t been trained well in the field of terrorism response.  They will likely be completely overwhelmed at first.  If you seem to know what you are doing, they may pay attention and follow your lead.  Create the casualty collection point in a safe area and start getting the victims to it quickly.  Triage the victims and begin treating the ones that you are most able to save (severe bleeding first).  Follow the principles I wrote about in my Field Medicine for Terrorist Attacks article.

The mere recognition of the fact that attacks are often multi-pronged and having a basic idea of what to do in the event they occur will quite possibly save your life.  Pay attention.