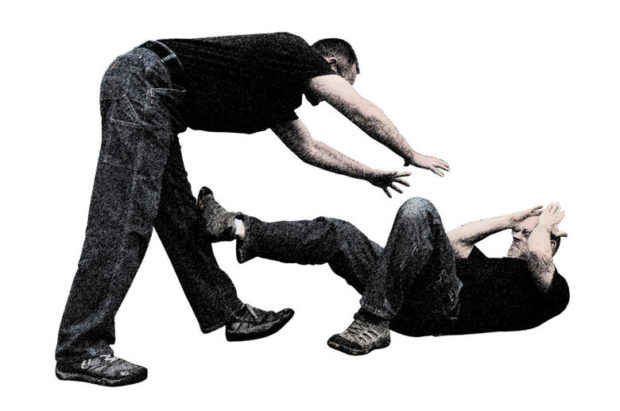 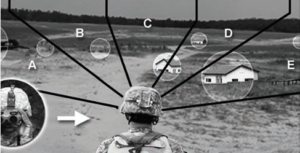 Claude provides some good techniques for building your awareness. 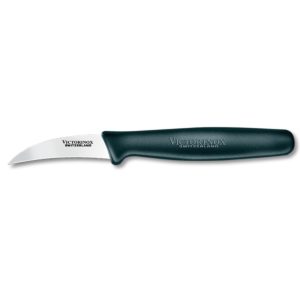 I like weapons that can be hidden in plain sight.  The Victorinox fruit knife is just such a thing.  Also read about ZuluBravo’s trainer for this blade. 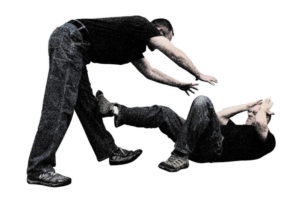 An aspect of ground fighting that isn’t often taught in most MMA-based grappling programs is what to do when the defender is grounded and the attacker is still standing.  This happens a lot in real fights.  You should spend some time doing the work in this type of scenario.  In this article. Mike Janich gives you some tips to get started.

Anatomy of the Room Part 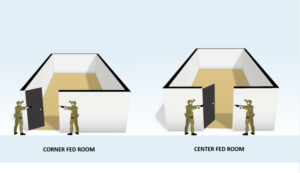 Understanding room layouts is critical for being combat effective inside a building.  If you understand how the rooms are laid out, you can construct ambush sites as well as avoid common locations where the enemy can set up his ambushes.  Part two covers different corners and wall styles.

This is a pretty good interview. The author’s book “When all Hell Breaks Loose” is a must read. 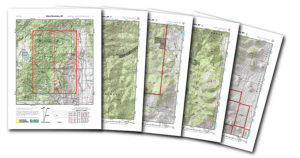 Free printable topo maps for any of you who still remember how to read them. 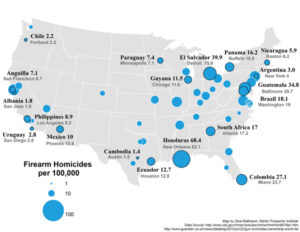 For those of you who are critical of my crazy third world travels because you think going to other countries is “too dangerous.”

Many of the places I go have murder rates comparable to cities like Austin, San Fransisco, and Boston. Most of you aren’t boycotting those cities due to their high murder rates.

If you stay away from drugs, gangs, and whores in third world countries, they are about as safe as a big city in the USA.

Someone you know is attacking you. Could you respond appropriately?

Very few criminal attacks look like the stereotypical “man jumping out of the bushes.”  Have you thought about the possibility that you may have to defend yourself against someone you know?

Your hotel room really isn’t as secure as you think it might be. 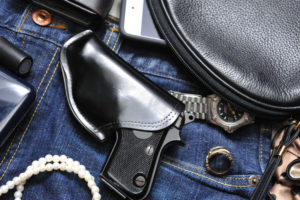 Some excellent tips from a woman who has integrated concealed carry into her daily life.  H/T to Grant Cunningham for finding the article.

Everything you want to know about recent Islamic terrorism trends.  Opens to PDF. 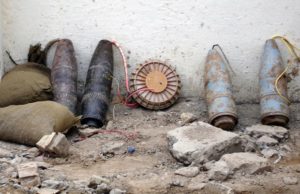 MORE ON THE KNIFE IN COUNTER TERROR 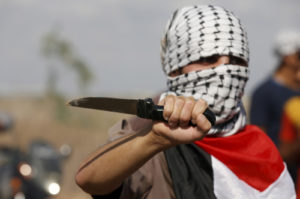 One more terrorism related article this week.  There is a distinct difference in the way one might use a knife defensively against an attacker and offensively against a terrorist or active killer.  Defense against a common criminal will often be centered on doing enough damage to make the attacker stop his attack so that you can make an escape.  When you are working against a terrorist who won’t stop until he is dead, a different strategy is needed.  Check out this article for some ideas.

International SIM Card Comparison: Which One Should You Pick?

For my friends who travel internationally, this is a great resource comparing international SIM cards.  For those of you who don’t know, there’s basically three ways to use your phone internationally.  You can use your own phone/data plan, but its absurdly expensive.  You could also buy a local SIM card.  You get a local phone number and it’s really cheap.  The downside is that it’s a pain in the ass to buy a SIM card and get it recharged in some countries.

A third option is to buy an international SIM card.  These are more expensive than the local options but work in multiple countries.  This article compares the features of the best international SIM cards available.  Recognize that your phone needs to be unlocked to use this strategy.  If you are on a contract with many US cell companies and haven’t paid off your phone, it is likely still locked.

For more travel tips, check out this article.  Her 100 tips are very well thought out.

This is definitely one of the more chaotic armed robberies I’ve seen.  Two bank guards armed with long guns get taken out by three armed robbers.  Still think open carry is a crime deterrent?  Think again. 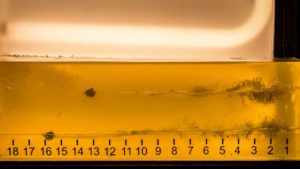 Here’s a way of looking at handgun stopping power that isn’t commonly calculated, but may be useful.  Absent a CNS shot, we know that the only way to guarantee a stop is through blood loss.  On average, the bigger the wound channel, the more blood loss you will create.  The author here measures the total volume of wound channels from all the common service calibers.

His conclusion?  No different than every other true ballistic expert has stated for years.  There’s really no noticeable difference between 9mm, .40, and .45.  Where have you heard that before? 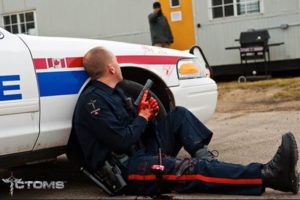 For those of you unable to find a good tactical medicine course in your area, this may be an option.  It’s an eight hour video course and it looks pretty good.  I don’t know how much it costs, but there is a 20% off discount code at the bottom of the article. 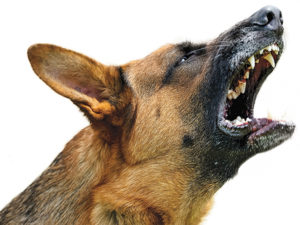 A good read from Massad Ayoob about protection dogs.

Everything You Should Know About Carfentanil, the Drug Even Deadlier Than Fentanyl 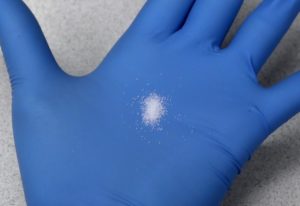 There are several different varieties and chemical analogues of fentanyl (an opiate in its base form that’s 50X stronger than heroin) available on the dark web from chemists in China.  These chemicals are much cheaper than heroin.  Heroin manufacturers “cut” their heroin with fentanyl to have a product that still gets people high, but costs less money.  People think they are shooting up their normal heroin dose, but they get a product that is 50 times stronger.  They OD and die.

Lately, one of the varieties of fentanyl that is making it to the streets is Carfentanil.  It is 100 X stronger than regular fentanyl (5000X stronger than heroin).  It is used as an anesthetic for animals the size of elephants.  Recently there were 10 ODs in Columbus due to Carfentanil mixed with heroin.

I shouldn’t have to say it, but you should definitely stay away from heroin.  For my cop and EMS friends, use extreme caution when dealing with this substance.  It can be absorbed through open wounds in skin or through mucous membranes.  An amount equal to a grain of salt can kill you. 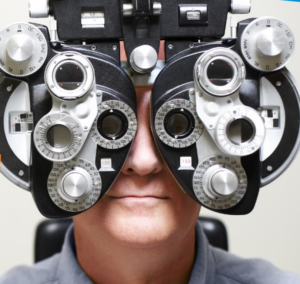 One more drug article.  This one is about drugs that aren’t as likely to kill you.  Here is a good review of opthamologic medications, their dosages, and uses.  Having a couple of these (with the knowledge of how to use them) is very useful if you are traveling in remote areas without medical support or are stockpiling drugs for the zombie apocalypse.

Officer Brandy Roell: ‘You never give up, no matter what!’ 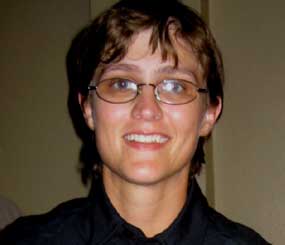 Hit in the spine and paralyzed by an AK-47 round. Abandoned in a house by her two (male) co-workers. This officer sucks it up, provides her own cover fire and drags herself out of the house. Are you prepared for a gunfight like this?

My friend Steve Fisher from Sentinel Concepts (look for my AAR review of his recent carbine class next week) set up a new YouTube channel.  Subscribe here for some quality knowledge about firearms use and training.