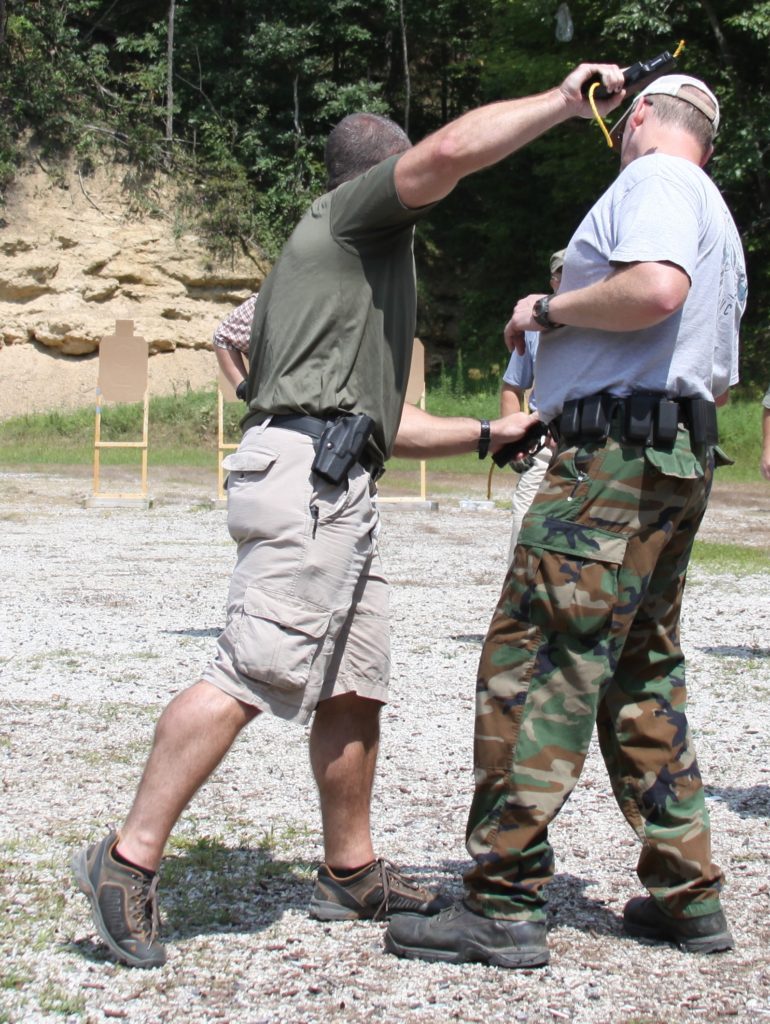 You are out for a walk at night.  You have your CCW pistol concealed under your shirt.  You are set upon by two robbers, one of whom is armed with a pistol.  He uses that pistol to smash you in the head and then orders you to the ground.  What do you do?  That’s what happened to a man in the story below.  Read the short story and think about how you would have solved the problem.

According to the story:

” They then “put him face down on the ground, frisked him, and stole the victim’s concealed weapon,”

The victim here is lucky that the attackers didn’t kill him with his own gun.

I say it over and over again, but clearly it bears repeating:

“The gun itself isn’t enough.” The gun isn’t the steel equivalent of a magic talisman or lucky rabbit’s foot that protects you from danger. The gun is a tool. And like all other tools, they require a plan and intelligent operation to use.

One element of your defensive gun use plan is to decide what your “go signals” will be. When will you fight no matter how bad the odds are against you? My suggestion to students is that they always have to fight/flee in some few circumstances.  In these circumstances, compliance is rarely a successful option:

1) A criminal tries to take you to another location

2) A criminal tries to restrain you

3) A criminal puts you on the ground

4) A criminal attempts to search you

Read Rory Miller’s work on “Resource Predators” vs. “Process Predators.”  Some predators want your resources.  Some just get off on the process of hurting you.  A criminal ordering you to one of the things I listed above is identifying himself as a process predator.  Just giving him your stuff isn’t going to stop his predation.  You must either escape or fight.

Don’t get caught so unaware that you get knocked to the ground and lose your CCW gun.  It’s bad form and doesn’t lead to a long life expectancy.  Think through some scenarios yourself and decide what your personal “go signals” will be.