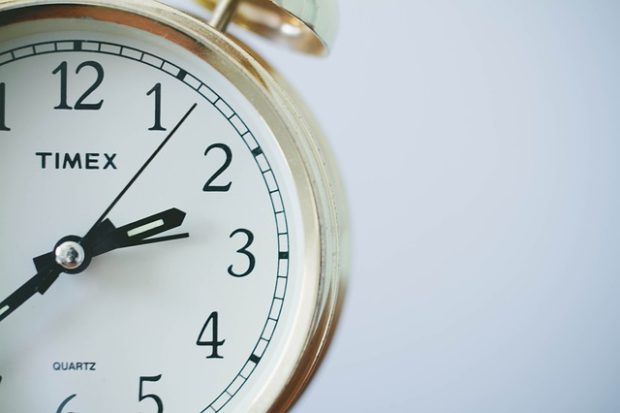 Read this story and imagine a similar scenario happening to you.  An armed robber is holding you at gunpoint.  You think he’s going to shoot you whether you give up the money or not.  You have a concealed pistol, but you can’t outdraw a trigger press.  When should you make your attempt to resist?

When I start working with students in force on force training drills, I often have to slow them down. I find that students new to the gun start feeling competent and comfortable with their skill sets. They develop the mental capacity and have the determination that they will no longer be a victim. They decide that they will resist any further violent actions and will never be victims again. Those are all great things. But my new students are missing something. They haven’t realized an appreciation for exactly what they CAN do and what they cannot.

They enter a scenario where the bad guy has the drop on them. The bad guy’s gun is out and ready to go. The student, having recently decided “No More,” attempts to draw his or her gun and shoot the attacker. Guess who wins?  It’s not the good guy.

Making the decision to resist is only part of the equation. Knowing WHEN to implement your resistance strategy takes a little more work. Unless you are Rob Leatham, you probably won’t outdraw a trigger press. Attempting to draw your gun and shoot while the bad guy has his gun out and aiming at you is suicidal.

I’m not advising you to give up. Just wait for your opportunity. Wait for the bad guy to be momentarily distracted. Act while he is doing something else or when he looks away for a second.

This store worker was smart, he didn’t go for the gun when the robber’s shotgun was pointed at him. He created a distraction and used it to his advantage. That is the very definition of “tactics”. Shooting is one part of the equation…but tactics are more important. Work on improving your tactics and your decision making skills under stress. That will pay off more than dumping another 1000 rounds downrange.

One good tactic to utilize is to have your gun in hand as soon as you notice the potential for violence. If the store clerk would have been on his game, his gun should have already been in his hand.

How many people walk into a store with a trash bag over their head?? The warning bells should have gone off. But like so many people, he probably attempted to rationalize the behavior that he should have known was a sign of a robbery in progress.

We simply don’t have the correct “mental maps”. When we see something strange, our brain attempts to associate it with something familiar so that we can better make a decision about what to do. Fortunately for most people armed robberies are not contextually familiar.

So when we see a dude wearing a trash bag, we don’t think “he’s robbing me“. We think “It must be raining outside” or “He must be going to a Gallagher show“. That slows our response.

The only way we can create better mental maps is by studying violent events like this one or by participating in force on force training scenarios with well scripted role players using realistic tactics.

Think about it now. For those of you who took the time to read the story and this commentary, what will you think the next time you see someone with a trash bag on their head?  You will think “robbery”. Congratulations. You’ve just created a new mental map.  Now think about when to properly time your resistance efforts.