Written by: Greg Ellifritz   Read the story below.  Imagine what you would do if you were riding the same bus.  Would you have intervened?   Detroit Bus Rider Killed Protecting Fellow Passengers   An aggressive (and likely mentally ill) man is threatening a young couple who are clearly terrified.  You don’t know either the […]

Written by: Greg Ellifritz   Read the first article on this page.   Imagine a similar scenario.  You hear noises in your house at night.  Upon investigation, you find a man you don’t know sleeping on your couch. What do you do?   The homeowner in this story shot the intruder.  No doubt many of […]

Written by Greg Ellifritz   I once responded to a very unique call in my cop job.  The details might generate some critical thinking on the part of my readers.   A woman and her infant child were parked outside a small electronics store on a busy thoroughfare in the suburban city where I work.  […]

Written by: Greg Ellifritz Have you ever been hit in the head?  How did you perform immediately after it happened?   Now imagine being hit in the back of the head with a hammer.  Do you still think you could make your sub- one second draw?   Look at what happened to this guy.  He […]

Written by: Greg Ellifritz   I haven’t done a Tactical Training Scenario post in a while.  This will be a good exercise for your thinking muscles.   Watch the video linked and embedded below.  It’s two minutes of some of the most savage violence you will ever see.  Caution for those with weak stomachs, this […]

Written by: Greg Ellifritz   Read this story and imagine a similar scenario happening to you.  An armed robber is holding you at gunpoint.  You think he’s going to shoot you whether you give up the money or not.  You have a concealed pistol, but you can’t outdraw a trigger press.  When should you make […]

Written by: Greg Ellifritz Halloween is right around the corner.  ‘Tis the season for scary houses and “haunted forests.”  Have you ever thought about what you would do in one of these “haunted” houses or forests if real life gunplay starts to occur?  Consider the following scenario:   You are waiting in line to enter […] 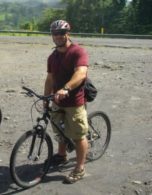 Written by: Greg Ellifritz   It’s spring and people are venturing outside on their bicycles.  That also means that criminals and thugs look to victimize these bicyclists.  Every spring we see an increase in attacks and robberies of victims on bikes.  For an example, check out what happened last week at the link below: Police […]

You are walking down a city street on Saturday morning when you hear the sounds of a woman screaming. You see a man throw her to the ground and begin to remove her pants. What do you do?   Several people were confronted by this exact scenario in Los Angeles, California.  Read the full account […]

Written by: Greg Ellifritz   In Houston Texas, a woman was walking out of a store when she became the victim of a purse snatching.  The woman fought for her purse, holding on as her attacker attempted to get away in a car driven by an accomplice.  The tug-of-war battle became serious when the car […]