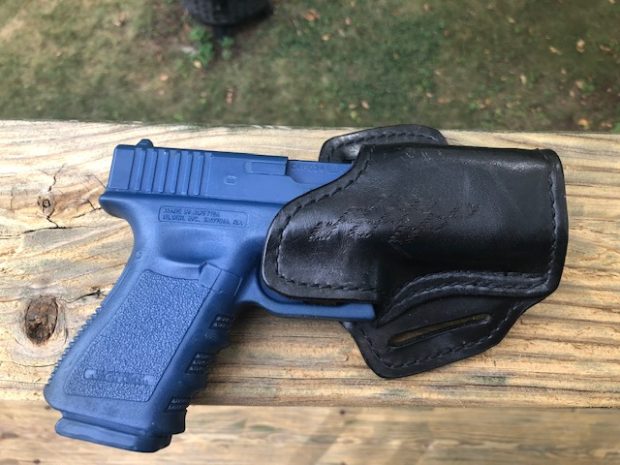 While reading my news feeds in the past few weeks, I’ve seen accounts of a couple preventable accidental shootings.  I’d really prefer to see that my readers and students learn to better secure their weapons so that people aren’t injured or killed by unintentional gunfire.  Let’s examine these negligent discharges  and resolve to learn from the lessons they teach.

Take a look at the first case… 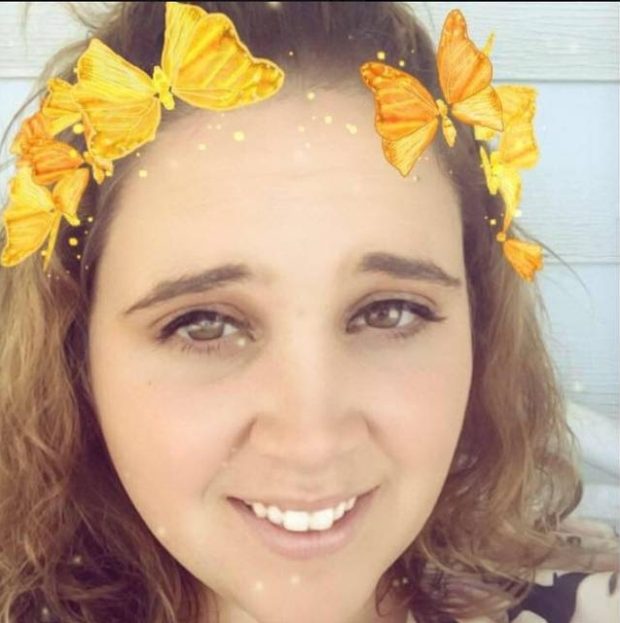 A 28-year old teacher was eating dinner at a Ruby Tuesday restaurant when she accidentally shot herself in the abdomen with her own 9mm Smith and Wesson pistol.  The pistol was in her purse at the time it was fired.

How did the gun just “go off” in her purse?  It didn’t just “go off.”  Someone or something pulled the trigger.  Perhaps she was fiddling with the pistol.  The news articles aren’t very clear.

My guess is that the shot wasn’t the result of intentional contact with the gun.  I would bet my paycheck that she was carrying the gun in her purse without any holster or a trigger guard protector.  A gun with an exposed trigger can be easily fired through the outside of the purse (perhaps if she started to drop the purse and grabbed the outside quickly) if the purse material is very thin or flexible.

The gun could also be fired if it interacted with another object sharing the same purse compartment.  A pen, car keys, a lipstick tube, or any number of other items could work their way into the trigger guard of any weapon riding loose in the purse.  When the owner moves the purse suddenly, the object presses against the trigger and everyone hears a loud bang.  Not good.

Before we get to the “lessons learned” part, let’s take a look at a second similar incident.  Read the link below. 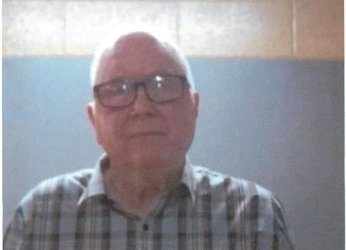 This substitute teacher was pocket carrying a Taurus .380.  He had the gun in the same pants pocket where he was also carrying a folding knife.  When the teacher bent over in the classroom, the pocket knife entered the trigger guard and wedged against the trigger.  As he stood up, the movement pushed the knife up against the gun’s trigger and a shot rang out.  A first-grader was struck by a bullet fragment.

The teacher was fired and was convicted of three misdemeanor crimes.  He lost his CCW permit and his teaching license.  It’s the very definition of a shooting with a “negative outcome” that my friend Claude Werner speaks about so frequently.

The articles didn’t mention if the man was using a holster or not.  I would guess “no,” but I could be wrong.  Some pocket holsters are loose enough that another object could slide in between the holster fabric and the gun’s trigger.

What can we do to stop terrible shootings like this?  I have a couple of ideas…

1) Don’t carry your gun loose (without a holster) in either your pocket or your purse.  One of the holster’s most critical functions to protect the trigger.  The holster must prevent random objects from contacting either the trigger or the trigger guard.  That’s a crucial safety precaution when carrying a weapon.

If carrying in a pocket, purse, or bag your gun should be inserted into a well fitted holster.  Make sure you purchase a holster that is rigid enough that you are unable to pull the gun’s trigger through the holster material.

2) Make sure that the holster is made specifically for the make and model of the gun you are carrying.  A lot of the “one size fits all” kind of pocket holsters don’t fit tightly enough to prevent another object from being inserted into the trigger guard.

I prefer a tightly fitted leather pocket holster, but those are getting harder and harder to find these days.  I’ve settled on using the DeSantis “Nemesis” for most of my pocket carrying needs.  The holster is inexpensive and sized to fit individual guns.  When new, it’s rigid enough to prevent a trigger pull from the outside. 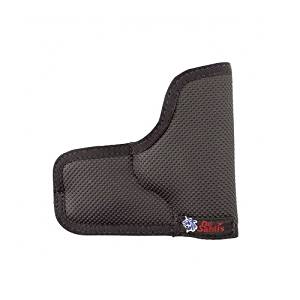 The Nemesis. It’s a very high quality pocket holster with a price tag under $20. A simple $20 investment would have prevented this teacher from shooting a kid, losing his job, and surrendering his carry permit.

Evaluate your holster regularly.  Even a quality rig like the DeSantis will become worn after long use.  When I was carrying my police backup gun exclusively in my rear pants pocket, I found that after two or three years, the fabric of the holster became more pliable through constant wear.  If the holster loses its rigidity over time, pick up a new holster.

Most casual CCW carriers will seldom carry their pocket gun so often that the holster material degrades.  If you only carry occasionally, a holster like the Nemesis will likely last more than a decade.

3) If you can’t use a holster (for whatever reason), at least make sure that the weapon is carried with a plastic trigger guard protector.  These trigger guard holsters are designed to allow you to carry a gun inside a pocket or waistband safely without a holster.  The kydex trigger covers usually have a loop that you can fasten around your belt.  You can carry the gun tucked in your waistband.  During your drawstroke, the gun will reach the end the tether and the kydex cover will pop off the gun and remain attached to your belt. 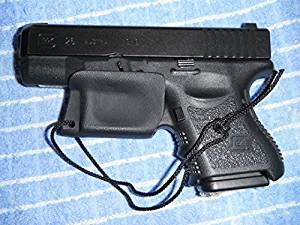 I don’t like this option as much as I like a good pocket holster.  If carrying in a pocket, there is nothing onto which you can anchor the tether.  You will have to manually remove the trigger cover before you can shoot the gun.  That slows down your response time.

Furthermore, re-holstering is slow and not an especially safe process when using one of these things.  If you engage an active killer, you will want to quickly get  your gun holstered and out of your hands before the cops arrive.  It’s not especially quick to do so with one of these products.

There are dozens of kydex trigger guard “holsters.”  Most are very similar in quality and all are generally inexpensive.  I use the MIC brand holster for my guns.  All of them I own have performed admirably for a very long time.

3) Don’t carry anything else in the pocket where your gun lives.  Nothing goes into that particular pocket or purse compartment but the gun itself.  Don’t invite the chance that some random object might make its way into the trigger guard.  Store any other everyday carry essentials in a different pocket.

Having this redundant safety rule combined with carrying in a high quality holster will drop your chance of a negligent discharge to approximately zero.

I know you think that you are special and can break the safety rules, but your pistol’s trigger doesn’t differentiate between your trigger finger and any other random object that presses up against it.  Nothing else can be allowed to enter the pocket in which you are carrying your gun.

4) Even some fairly expensive holsters can be a bad choice.  My friend Sherman House from The Civilian Defender gave me the holster pictured below to use in my “Don’t Dig the Rig” article series.

From one side, the holster appears to offer adequate trigger guard coverage.

Now take a look at the view from the reverse side (the side of the holster closest to the body).  Notice any problems?  Please note that the blue gun is the exact firearms model that the holster is designed to accommodate.  The blue gun is also fully seated as deep as it will go into the holster. 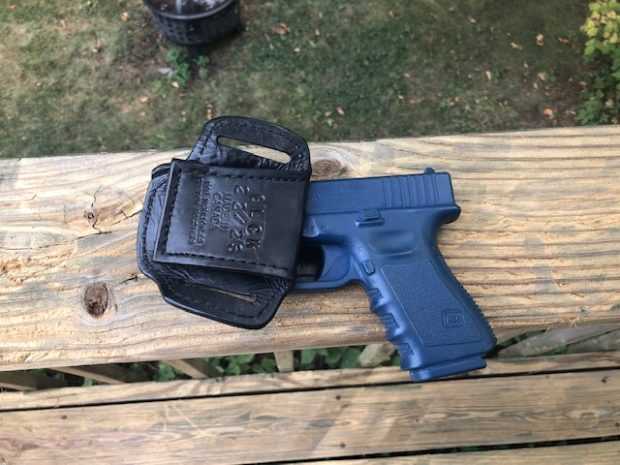 There is absolutely nothing to protect the trigger from your own body.  Wouldn’t it suck to shoot yourself as you tucked in your shirt?  It would be even worse if a “love handle” actuated the trigger during vigorous movement.  The holster is categorically unsafe.

This is a custom made hand-boned leather holster.  It was very well made by a company that generally has an excellent reputation in the industry.  It cost almost $100.  Definitely not a cheap holster, but a seriously flawed (even if well executed) design.

Just because your holster is expensive, it doesn’t mean that the holster is either safe or well-designed.

Please pay attention to these guidelines when you carry in a pocket or purse.  I’d like to make sure that none of my readers end up on my newsfeed after an accidental shooting that could have been easily prevented.