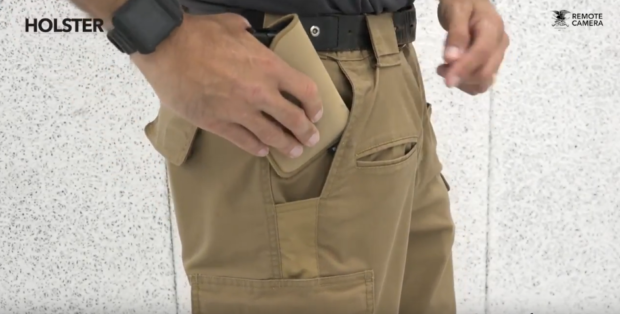 A huge variety of guns and holsters are featured.  Real people carry each of these gun and holster combinations.  Unfortunately, some of the choices are less than optimal.

Concealed Nation doesn’t provide any commentary about whether the CCW choices are good or bad.  I fear that leads a lot of uneducated readers to think they are making good choices with regards to CCW weapons just because they are carrying a gun that is similar to one of the guns featured on the website.  That’s not a good idea.

This installment takes a look at the “I Carry”episode about carrying a KelTec P3AT in a Blackhawk TecGrip holster, tactical pen and flashlight. 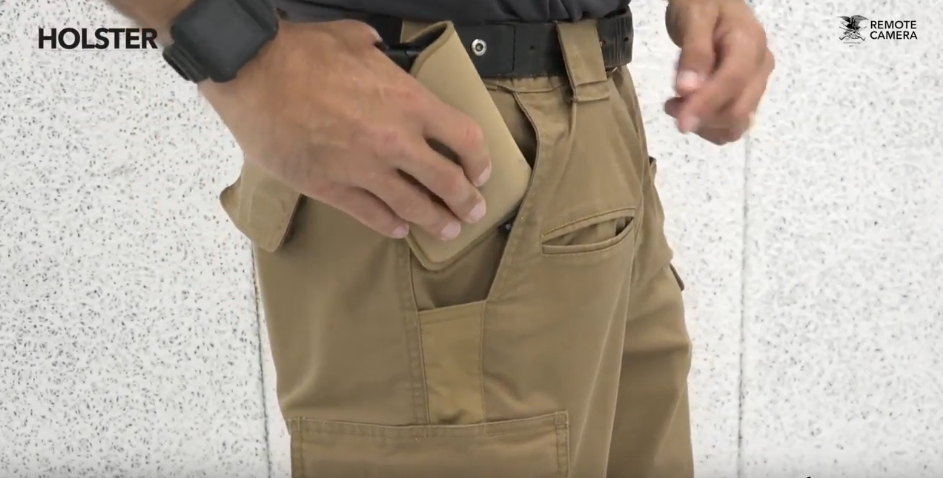 Let’s start with the gun issues.  Please don’t trust your life to anything manufactured by Kel-Tec.

I have a lot of experience with their P3AT pistols.  Before the Ruger LCP and Smith Bodyguard were introduced, they were the only game in town for tiny .380s.  At one time, I owned two of them.  I got a whole lot more experience with the P3AT when about half of the officers I trained purchased them for off -duty carry guns.

Some of the guns would run OK.  Some would be broken right out of the box.  Over time, about 1/3 of the officers who had the P3AT had to send their guns back to the factory for major feeding issues.  That doesn’t inspire confidence.

Interestingly enough, the Kel-Tec P32 (in .32acp) seems to run a little more reliably.  I had one for a few years and it performed flawlessly.  I have a few friends who carry the P32 and have similarly reliable pistols.  If for some reason you are required to carry a Kel-Tec, in my experience the P32 is a better choice.

While the Ruger LCP 2 isn’t the perfect pistol, it is better than the Kel-Tec in every measure.  It’s the same size.  It has better sights and a better trigger.  It has better fit and finish.  It’s more reliable.  It’s also about the same price.  I don’t know why anyone would choose a Kel-Tec over the LCP 2 if they were looking for a small .380.

Besides the weapon issues, I also have a problem with front pocket carry of a primary firearm.  I know I’m going to rain on a lot of your parades, but front pocket carry has some serious drawbacks.  If I’m forced to draw a defensive firearm, things aren’t going well for me.  I may be in a bad position.  I may be injured.  I need a gun I can access with either hand in every body position.

I’m glad that he is carrying the gun in a pocket holster, but I really don’t like his particular holster choice.  If you look at the photo and video, you’ll see that the holster appears to be too big for the gun.  Do you see all the extra material around the area of the trigger guard?  That may not adequately protect the trigger from being pulled  for the outside.

If you are going to choose a pocket holster, don’t pick a “one size fits most” variety.  Pick a holster that is made expressly for your carry gun.  I think the DeSantis Nemesis or Super Fly pocket holsters are a much better choice than the Blackhawk rig he’s carrying. 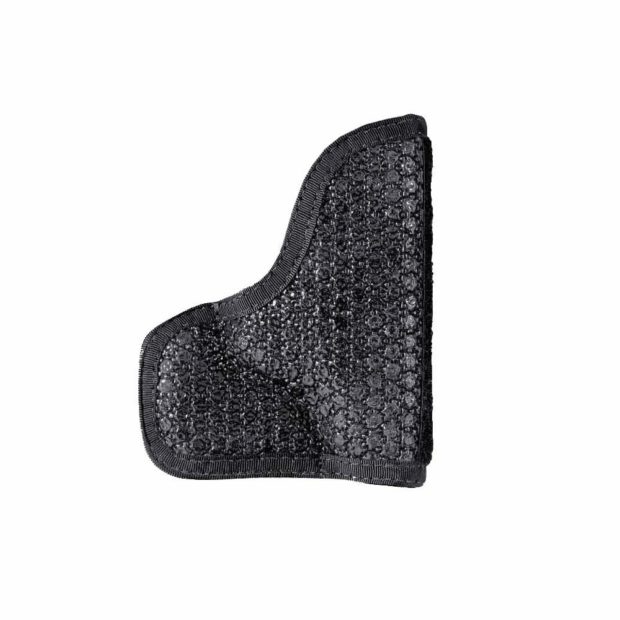 I have a few more suggestions for better support gear as well.  He is carrying a very small multi-function flashlight and a “tactical pen” as an impact weapon.  While the CRKT Tao is a fine pen, I’m not a big fan of tactical pens as a genre.

They are too common.  They aren’t a secret anymore.  Everyone knows that you are carrying the pen as a weapon.  You won’t be able to take it through airport security or past a security checkpoint.  You aren’t fooling anyone.

With regards to the flashlight for tactical use, I like something that puts out more lumens than the 80 lumen light he is carrying.  You can find flashlights that have 10x that output in a similar sized package.  For tactical use, I also prefer a light that has a simple on/off momentary on switch.  Switches that dim, brighten, and strobe depending on the way you press the button create lots of issues under stress.  Inevitably, I see students forget the complex switching sequence under stress and end up with a dim or strobing light when they want max power.

If he chose a slightly larger flashlight, it could also serve the role as an impact weapon in place of the tactical pen.  The bigger light will have a brighter output and will be allowed to go places that your tactical pen won’t.  My favorite tactical flashlights are the Fenix P35, Streamlight 88065, or the SureFire Tactician.  Lights from Klarus and Nightcore are also high quality. 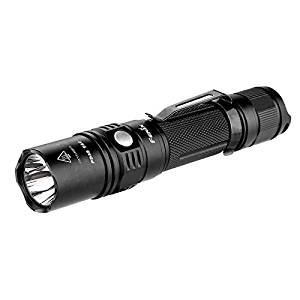