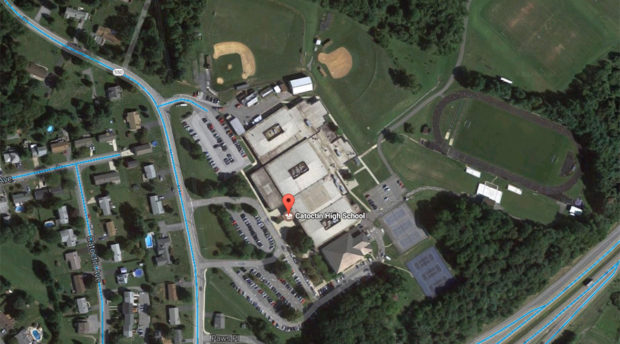 Last week we had a planned school shooting thwarted in the state of Maryland after the intervention from concerned parents.  This is how it is supposed to work!  Let’s take a look at the event and see what we can learn.

What’s especially curious about this particular incident was that the person making the plans to kill folks at the high school was female.   Female active killers are very rare, but not unheard of.  There have been at least five female school shooters in the United States.  One of the most famous female school shooters conducted a sniper attack on a California elementary school across the street from her house in 1979.  Her reason?  “I don’t like Mondays.”

You can read summaries about the most recent aborted shooting attempt by a female attacker here and here.  An 18-year old student had a detailed plan to use both guns and explosives to target the other students at her high school.  She was caught after her parents found a journal with extensive details about her planned killing spree.

Let’s take a look at some of the specifics of this planned attack:

“Investigators also uncovered from the home a journal that “clearly spelled out a detailed shooting event that she planned to execute on a specific date in April at Catoctin High School.”

School shooters study the successes and failures of previous school killers and create detailed plans to ensure that they get an even higher body count than what was achieved in previous incidents.  This planning often provides the first opportunity for parents or concerned classmates to intervene.  Be alert for evidence of such a plot.

“The journal indicated that Cevario had planned the event “for some time,” the sheriff’s office said, compiling “intelligence on behavior activities of the school, noting emergency procedures associated with drills conducted by school staff and obtaining intelligence on the School Resource Deputy assigned to the school.”

Active killers also intensively study police response.  Prior to Columbine, police officers set up a perimeter and allowed SWAT to handle such incidents.  Now, police are trained to take a more aggressive role in stopping the threat.  Would-be killers don’t want their massacres cut short by armed school staff, so they plan to kill those armed staff members and police officers early in the attack.

For any of you D.A.R.E. or school resource officers reading this, it should set off some alarm bells.  YOU will likely be the first person targeted by a school shooter.  You probably won’t be running through the halls responding to the shooting.  Instead the shooting will be initiated with an assassination attempt IN YOUR OFFICE!

This also supports my belief that having armed plainclothes security or armed school staff is the best response tactic for any school shooting incident.  Having armed folks on scene is critical to reducing casualties.  When the students don’t know exactly who is armed, they can’t plan to take out the armed staff members early in the attack.

Don’t discount the fact that a lot of recent school shooters have specifically targeted students who were completing an emergency drill or when the building has been evacuated for a fire alarm.  The articles I read don’t mention how she planned to use “emergency drills” to facilitate her attack, but fire drills and lockdown drills provide an excellent opportunity to kill folks in the chaos that naturally ensues.  Read my article about preventing the “extra curricular” school shootings for some ideas to stop this type of attack in your own community.

“An 18-year-old Maryland high school student is facing charges related to an alleged plot to attack her school in April using a shotgun and explosive materials.  At Cevario’s home, investigators found “that she was actively acquiring materials needed to execute the plot, including a shotgun with ammunition, bomb-making materials, shrapnel, fireworks, magnesium tape and fuse material.  Cevario “had the means and equipment to have caused a significant life safety event at Catoctin High School if she had followed through with the threat,” the sheriff’s office said.”

Recent active killers have more often had an explosive component than not.  Explosives must be considered in all active killer prevention plans.  That’s one of the reasons I am not quite as excited about school “lockdown” plans as many safety “experts” are.  Most schools do not have plans to allow individual classrooms to break lockdown in the event of structural instability or fire.  Many other schools have students sheltering in rooms that have no escape route.  Imagine one of those rooms after a killer throws a few Molotov cocktails or pipe bombs at the students hiding under their (wooden) desks.  Not a good outcome. 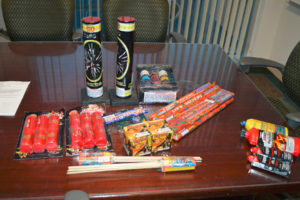 Bombs also provide another interdiction opportunity.  Know how bombs and incendiaries are constructed and used.  Know the raw ingredients.  Be suspicious if you see anyone amassing them.     Also be alert for “test runs” where the killer is evaluating the destructiveness of his devices.  If you see kids playing with explosives, don’t naively write it off to “boys with fireworks.”  It might be a killer’s practice session.  Call the police.

3) Long guns and lots of ammunition

The would-be killer here planned to use a 12 gauge shotgun and was amassing ammunition for her killing spree.  This use of long guns can prove to be a significant problem for first responders, both cops and armed citizens alike.  The criminal will have a distinct advantage over you if he has a rifle or shotgun while you are carrying your J-frame .38 snub or pocket .380 auto.

This advantage can be lessened, but it will require some planning and forethought to do so.  Can you effectively identify cover that will stop shotgun slugs?  Do you know how far you can guarantee a hit with your concealed carry gun?  Do you have a plan about how to safely close the distance if the killer is out of range?  Do you know how to set up simple ambushes to maximize the utility of your smaller weapon?

If you haven’t thought about these tactics, you aren’t likely to be a significant player in any active killer event.

4) April is a bad month for school shootings.

This student planned her attack to occur in early April.  Remember how I mentioned above that school shooters intensively study other school attacks?  The granddaddy of all school shootings was Columbine which occurred  April 20, 1999.  The Virginia Tech school shooting happened April 16, 2007.  Additional terrorist attacks like the Boston Bombing and Oklahoma City bombing also occurred mid-April.

The mentally ill folks who plan these events want notoriety.  If they can tie their attacks to a specific and meaningful date, people will remember them more.  That’s what the shooter craves.  April provides lots of “anniversary” dates.  The Boston Bombing, Oklahoma City, Columbine, the Waco siege, and Virginia Tech are all memorable events for people who study mass violence.  There are lots of “copycats” looking to associate themselves with these historic dates.  Be careful this month, it seems like lots of nutjobs plan their attacks on the ceremonial dates that fall during the middle of April.

Would you call the police on your own child in this situation?  I’m glad these parents did, but I fear that many parents would not.  As seen in this incident, the best way to interdict a school shooter is during his/her planning and preparation phases, not during the attack itself.  That demands an attentive citizenry who is willing to report suspicious (or potentially homicidal) activity to the police.

This story has a relatively happy ending because alert parents did the right thing.  Let’s study these incidents closely to use these examples to help us prevent even more active killers from killing their victims. 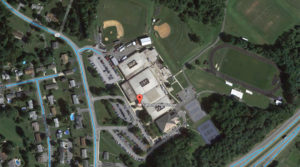