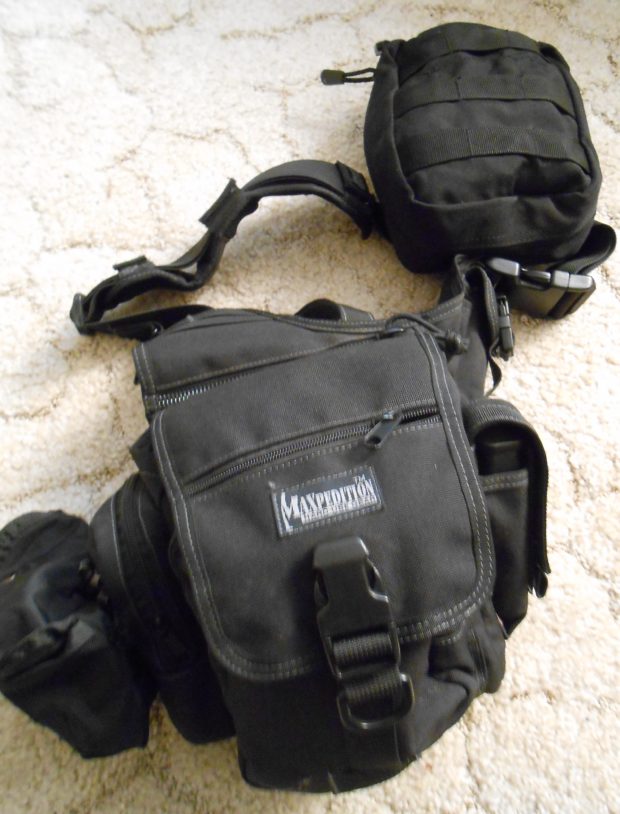 I’ve heard people refer to a “Bug Out Bag”.  I’ve even heard of a “Get Home Bag”.  I’ve written about both HERE and HERE.

I thought I knew my bags.  So I was surprised when reading a SWAT magazine article by Pat Rogers and learned that there was another type of bag to carry.  Pat called it the “Bag of Doom” or “BOD”.

It’s a bag that primarily carries extra ammunition for situations like a Beslan-style hostage siege, L.A. bank robbery, or Mumbai-style terrorist attack.  It’s for those relatively rare, but catastrophic incidents where the gear you normally carry just isn’t enough to do the job.

I’ve actually carried a bag like that for years.  I just didn’t know it had a cool name like “Bag of Doom.”  Many of my fellow police officers carry them on duty as well. 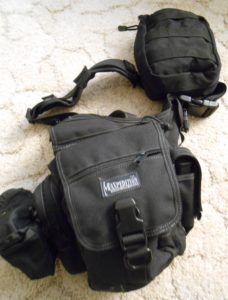 My fully-loaded “Bag of Doom”

I really don’t know how useful it is.  I’ve never pulled mine out of my police car.  Most crisis situations are over well before anyone has a chance to run to the car for their BOD.  Still, it’s a comforting feeling to know you have some extra supplies if you need them.

My BOD is structured specifically for my situation and surroundings.  On duty, I carry a Glock 17 9mm pistol.  I also carry an AR-15 rifle and have a Benelli 12 gauge shotgun in the car.  My backup pistol is generally a .38 snub.  Primarily, I want my BOD to carry ammunition for all of these guns in case I need to reload.

Secondarily, I want some spare ammo for my fellow officers who may be carrying pistols that are of a different caliber than mine.  Our agency also issues Glock 21 and Glock 22 pistols in .40 and .45.  A lot of officers carry them.  After I loaded my bag up with bullets for my guns, I filled the extra space with spare Glock 21 and 22 magazines.

If there is so much shooting going on that I need my BOD, I’ll likely need some medical gear as well.  I carry pressure dressings, a tourniquet, and hemostatic gauze on my person, but I added some extra supplies to the BOD in case I use those up.

My BOD is housed in a Maxpedition Jumbo Versipack.  I really like Maxpedition’s gear and use a lot of it.   There is a Blackhawk Strike Utility Pouch to hold medical gear on the carry strap and a generic gun show 12 gauge shell carrier attached to the side Molle panel. 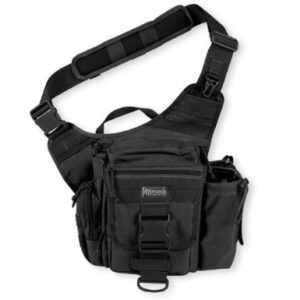 – I carry rifle magazines in the main pocket of the BOD.  I have five 30-round aluminum mags loaded with 28 rounds each of 55 grain Hornady GMX ammunition.  I have two 20-rounders loaded with 55  grain Hornady Tap in case I’m in a situation where over penetration could be a problem.  This is department issue ammunition, chosen because it works well in the department’s military surplus M-16 rifles. Unless your rifle has a 1:12 twist barrel, your selection might be different.

I wanted an easy way to differentiate between the bonded and TAP rounds under stress, so I used two different types of magazines. 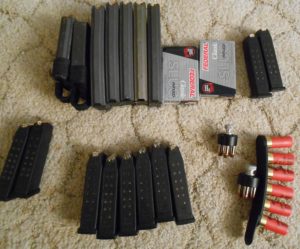 The entire package weighs in at 19lbs.  The only thing I might change is to label all of the compartments.  I know where everything is, but if one of my co-workers needs the BOD, he may waste time trying to find the item he needs.