Here is a quick video of the relative advantages and disadvantages of the different types of rifle slings available.  One of my favorite slings is the Blue Force Gear Vickers Combat sling.  If you like that one, here is an infographic that shows all the required mounting hardware to make it work on any weapon you are carrying.

Cecil shares a simple and effective sweep from the guard position. This is a useful move to know. Spend some time practicing it!

The other kinds of laziness 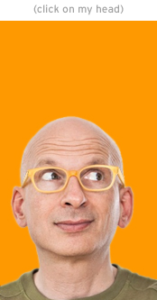 One of the greatest business minds in the world speaking about laziness.  If you enjoy Seth’s blog posts, you’ll probably like his books as well.  I’ve found every one of his books to be tremendously insightful. 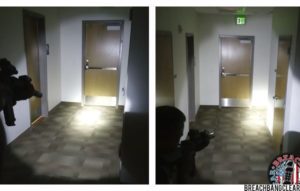 The concept of “bouncing light” and “indirect lighting” are critically important when using a flashlight inside a structure.  Today’s brighter lights combined with the white walls and mirrors found in most houses can cause unintentional blindness for a person who doesn’t know how to properly use his flashlight.  If you think you can shoot with a flashlight just because you took a pistol class that let you fire a few rounds at a stationary target while using your flashlight in the dark, you are seriously mistaken.  Find a class that teaches EFFECTIVE use of the flashlight, not just various shooting positions that involve holding a light and a pistol at the same time. 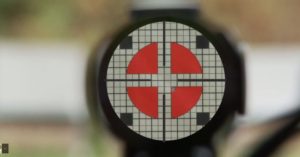 Another great article with even more information on zeroing rifles (suggested by Agile Training‘s Chuck Haggard) is BATTLE SIGHT ZERO (BZO): Who has it right? 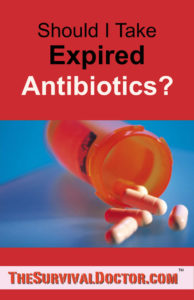 No currently produced drugs sold in the United States will degrade into a harmful substance.  At worst, you will get a less potent version of the same drug.  Average rates of potency degradation are only 10%-20% per DECADE if the drugs are stored in cool and dry conditions.  This advice does not apply to liquid medicines or medicines that are “extended release” or “controlled release.”  It’s safest to only use those meds within their factory expiration dates. 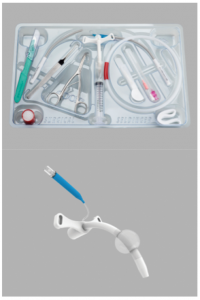 Since we are talking about medical issues, here is a very thorough article about emergency airways for the more advanced medical practitioner.

Some important considerations for carrying a pistol while driving.

A very cool history lesson about the development of the .357 magnum cartridge. 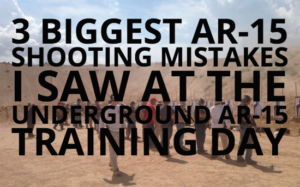 Pay attention to the most common issues that novice shooters have when participating in their first rifle class.  Most of you have probably never been to a commercial rifle shooting class.  Chances are you have the exact same problems.

The Great One – Inside The Mind Of Professional Shooter Rob Leatham

A fantastic interview with legendary shooter Rob Leatham.  I’ve trained with Rob a couple times.  He’s an amazing shooter and one of the greatest minds in the industry.

The Hierarchy of Combative Firearms Training: Ascend the pyramid to achieve proficiency 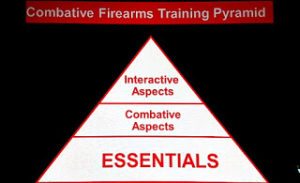 The Vanishing Police Baton/Stick Use in the USA. 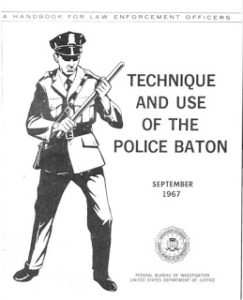 Hock talks about the decreasing use of the police baton.  He’s right, but like him, I agree that it is a useful tool and cops aren’t getting enough training on how to wield it effectively.  Just last month, I used my baton.  We had a male domestic violence suspect (he beat up his father) holed up in a bedroom with a knife yelling that he was going to fight any police who tried to arrest him.  We had to go in and take him to jail.  No SWAT team, no Tasers, just a couple of patrol officers doing regular police work.  It happens every day, all across the country.  I designated one officer with gun out as lethal force cover.  I went in first with baton in hand.  The plan was that if the suspect charged with the knife, I would make one attempt to either knock him out or knock the knife out of his hand with the baton.  If that failed, I would hit the floor and give the second officer a clear shot.

It turned out no violence was necessary.  As soon as the suspect saw me enter his room with the stick at the ready, he immediately complied.  So much for all cops wanting to use excessive force.  The stick certainly has a role in modern day policing, even if that role is diminishing.

The Woods are Lovely, Dark, and Deep 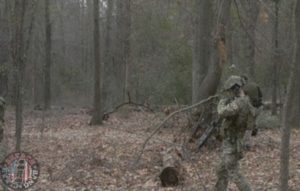 …And a little more for my police readers.  This article is a good introduction to rural patrol considerations.  You cops should also take a look at CHP trainer Lou Chiodo’s blog article on traffic stop safety.

Three Pauls and a Bloody Pig 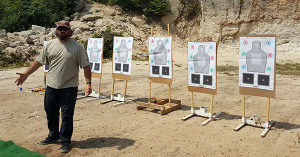 Tiffany writes up a great AAR of the recent Paul-E-Palooza Memorial Training Conference.  Check out her pictures too. 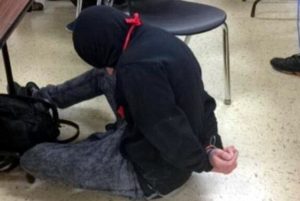 Recoil magazine says you should attend my upcoming course? Who am I to disagree?  Free scooter rides with every registration!