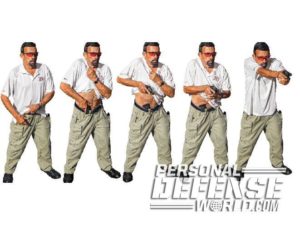 Mas Ayoob discusses how to effectively carry a pistol in appendix or crossdraw positions.

When Six Is Not Enough – Myths of the Self-Defense Revolver 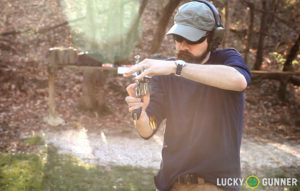 I love my revolvers, but I have to admit that on occasion six rounds won’t be enough to do the job. 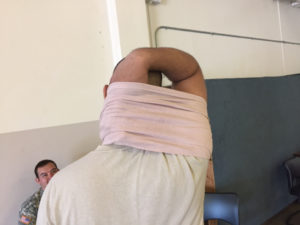 Some alternate ways to use a pressure dressing to stop bleeding in difficult areas. 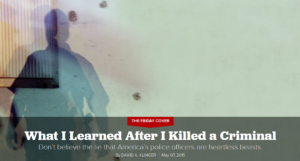 A very insightful article about police use of deadly force.

“Further, the public needs to understand that America’s cops aren’t prowling about looking to kill someone, that officers don’t pull the trigger in most of the situations in which doing so would be clearly legally permissible, and that our police often take great risks to avoid gunfire. And, perhaps most importantly, people need to realize that police officers are human beings who often suffer in the wake of those situations where they can’t avoid gunplay, no matter how justified their actions might be.   The research I conducted, along with my own experience in killing a criminal and living with the aftermath of that action, tells me is that the conversation our nation is presently embroiled in about the use of deadly force desperately needs to be balanced by facts and knowledge. I say this because the vitriol that has been directed from many quarters of our society at our men and women in blue since August of last year portrays America’s police officers as heartless beasts who enjoy killing.But nothing is further from the truth.”

The author’s book Into the Kill Zone is an excellent reference for anyone interested in learning more about police use of deadly force.

Slash Across The Forehead? And 3 Things You Fight, When You Fight.

Hock weighs in on the idea of slashing an opponent’s forehead during a knife fight.

Distance and Threats – An Unpublished Section from “Left of Bang”

As TDI’s John Benner says: “Distance is your friend.”  Here are some thoughts from the authors of Left of Bang about the advantages of distance in any type of conflict.

A Doctor’s View of CrossFit 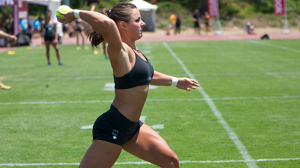 A worthwhile discussion of the potential for spinal injury as it relates to CrossFit programming. 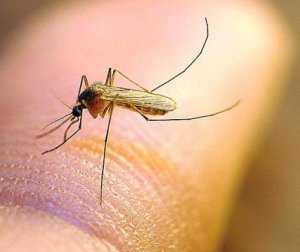 Compelling new research.  I hope companies quickly get to work on utilizing this stuff as a better alternative to current bug sprays.  Until we get some catnip-based repellants, check out The Most Effective Bug Repellents, According to Consumer Reports to find out what other bug sprays work best. 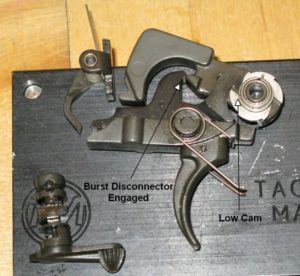 A useful video for anyone who works on full auto or burst fire M-16s or M-4s.

What’s this EMP thing all about? 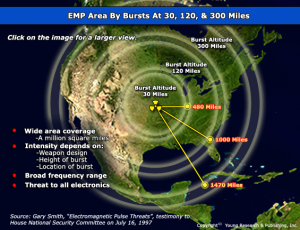 A thorough review of Electromagnetic Pulse (EMP) technology and defenses.  If you want a truly frightening narrative about what the world might be like after an EMP strike, check out the book One Second After.

Mindset is more important than equipment.  It’s great to have a gun, but if you are unwilling or unable to use it, you may be causing more problems than you solve.  I think this is a much bigger problem in the gun community than most people think it is. 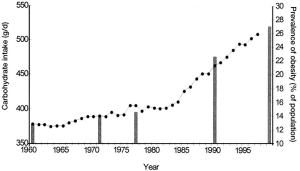 A deep and truly informative dive into the science behind eating grains and a high carbohydrate diet.

This Chart Shows When You Should Use Ibuprofen vs. Acetaminophen

Many folks use Advil and Tylenol interchangeably as pain relievers.  As I discuss in my medical class, these two drugs work by entirely different mechanisms and should be used more intelligently.  What many people don’t know ids that the two can be combined for an additive pain relief effect.  800 mg of Ibuprofen taken with 1000 mg of Tylenol every eight hours provides fracture pain relief equal to that of the lower level narcotics (Vicodin).  It’s the best over the counter option you can use for severe pain.

A video showing the evolution of the Designated Marksman Rifle since WWII.

The Skinny on Handgun Grip Reductions

Melody shares some quality information about the advantages and disadvantages of grip reductions for your defensive pistol.

Guns are Tools – You Should Be Able to Knock ‘em Around 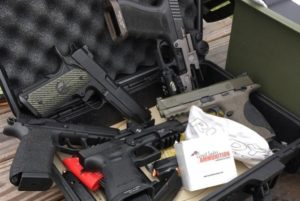 “The thing is, if God forbid I wind up getting in a fight, I don’t want to draw a 1970 Chevelle SS 427 LS6 from my holster. I want to drag out the lawnmower I’ve had for years. It always starts and I’ve never minded getting it dirty or dinged up. A working man’s working gun is a tool and should be rugged and reliable enough to be treated that way.”

Absolute truth.  My primary carry gun is a Glock 19 with over 50,000 rounds through it.  The black finish has almost worn off the slide and my home stippling job makes it look like a cat chewed on it.  But I’m not afraid to drop it on the ground.

Hold the criminal at gunpoint?

Have you considered this possibility?

How To: Burner Phone 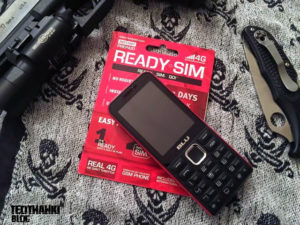 Some of you may find this information useful. 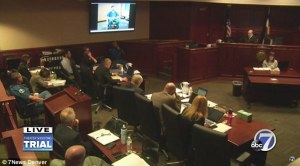 On Monday, I posted an article about the Aurora, Colorado shooter’s diary.  Here is some additional trial coverage.   Look at his statements about how he viewed each of his kills as self-worth “value units.”

“‘I was worth 12 more people than I was before,’ Holmes said.

Did the wounded count? Reid asked.

‘I only count fatalities,’ Holmes replied.

On the video, Holmes also told Reid that human life has value, and by taking lives, he added to his own worth.

‘Anything they would have pursued gets canceled out and given to me,’ he said.”

It’s all about body count with these killers. Read the rest of the article for some powerful insight into how an active killer thinks.

* Some of the above links (from Amazon.com) are affiliate links.  That means that if you purchase these items, I get a small percentage of the selling price.  You pay the same amount whether you order the item through my link or any other one.  It doesn’t cost you a dime.  Even though some links earn me affiliate commissions, my reputation as an instructor is worth more to me than the few pennies I’ll make off of any potential sales.  For that reason, I would never link to anything that I don’t personally use or endorse.  I spend a lot of time writing articles on this site.  All my information is given free of charge.  To ensure a positive viewing experience, I don’t have any paid advertising on the site.  Your use of my affiliate links for purchases is an easy way for you to support the writing you enjoy without subscription fees, annoying ads, or donation requests.  Thank you for helping support my work.