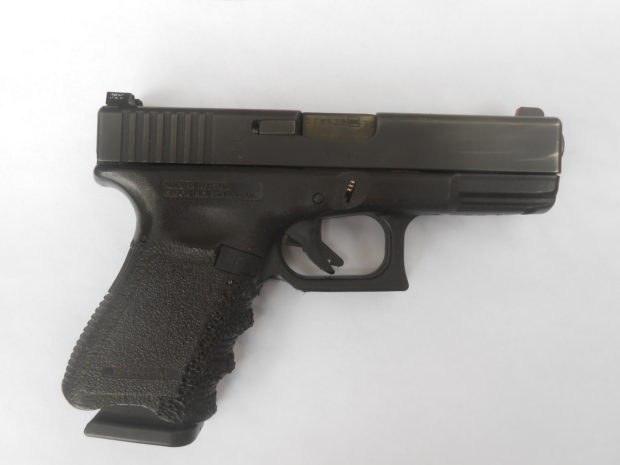 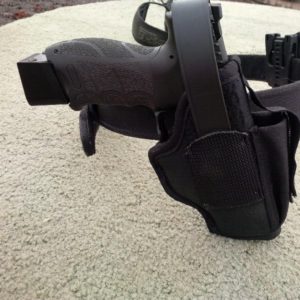 Some advice to get you new carriers heading in the right direction.

A Quick Guide To Shooting Fundamentals

Another resource for you brand new shooters to check out. 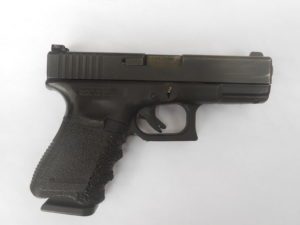 An interesting take on the “perfect gun” debate.

How to Travel Grey 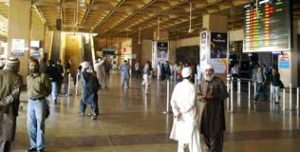 Very good advice for travelers, even those of you who only travel domestically.  Lose the tactical pants, Molle-covered backpack, and ballcap advertising your favorite gun company.  When I fly, I wear a loose fitting T-shirt and jeans.  My carry-on is an Arcteryx Blade backpack that looks like something a business traveler would carry.

My size attracts some attention in foreign countries, but I can’t do much about that.  T-shirts and jeans are the uniform of the day for young men in every country where I travel.  If I’m wearing that, I usually don’t attract too much attention even when I am walking around at twice the average weight of a local male in my host country.

The author’s comments about the beard are right on as well.  Several years ago I remember being constantly asked if I was a cop by immigration and customs officials when traveling.  I think it was the fact that I was big, clean shaven, and had a very short haircut.  I decided to grow a beard during an exceptionally long trip.   It didn’t work.  I still got lots of attention from the local cops and immigration officials. When I came home, my then girlfriend’s teenage son asked me about the beard.  I explained how I was trying to avoid looking like a cop, but somehow it didn’t work.  He said “Of course it didn’t work.  Now you don’t look like a cop.  You look like a terrorist!”

Excellent video tutorial about operating the AK safety.  I agree with the presenter on every aspect of his instruction except the trigger finger placement when the safety is off.  I want that trigger finger higher up on the frame of the weapon to avoid negligent discharges.

One more for you AK fans.  This is a quick video explaining the relative merits and drawbacks of the choice between AK-47 and AK-74.

Immediate Action for the AR series 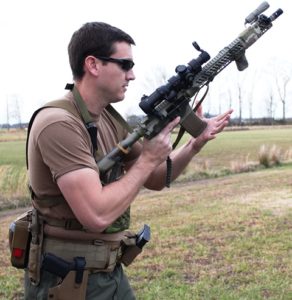 Those of you who aren’t into the AK information I posted above are likely dedicated AR-15 users.  That’s fine too.  No matter what weapon system you utilize you must be able to quickly reduce any malfunction.  That’s one of the biggest deficiencies I see with students in my classes.  Few can instantly and reflexively clear a weapon malfunction.  Here is an article that explains the basic information you need to know.  Don’t rely on the “SPORTS” acronym.  His streamlined process detailed at the end is a much better model.  You will also have to learn a different procedure to clear a “double feed” in your AR-15. 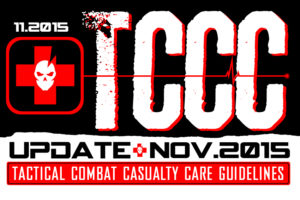 ITS Tactical covers all of the recent updates to the Tactical Combat Casualty Care guidelines.  If you carry a gun, you should know these basics inside and out.  If you’ve never heard of TCCC, you are behind the curve.

Mitigating A Training Scar With A Deliberate Pause 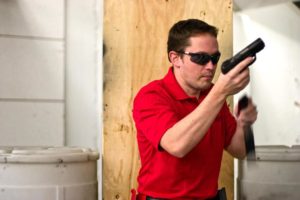 This is actually a brilliant concept that I’ve never thought of.  One immediate use I can see is during weapons disarms training.  When practicing, you take your partner’s gun away and then return it to him so you can do another rep.  There have been concerns that practicing reflexively like this could lead to a defender unconsciously “returning” a gun to the criminal from whom he has just removed it.  Inserting a deliberate pause and thinking about your actions before the return of the weapon in practice may be a way to mitigate this problem.

Should you carry OC spray? 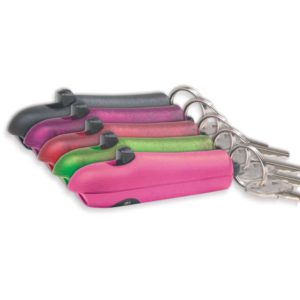 The answer is “yes.”  Like Tim, I prefer the Sabre Spitfire.   That’s what I carry when I’m off duty.   I also have carried the ASP Street Defender as well.  Both products are reliable and potent. 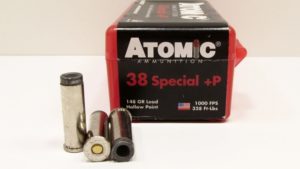 This load actually performed better than I had expected.  Not my first choice, but not horrible either.

Things You Need To Know About Military And Special Operations Fitness 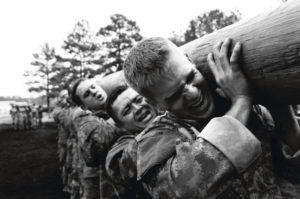 Pure limit strength is the only element of fitness that improves every other element when increased.  If you become stronger, you will do everything else better.

“In the end, I always use this analogy:  “You can always dig deep and find bigger lungs. In the fight, in the heat of the moment, a true warrior can find a couple more steps, another sprint. That’s going to be there. But strength? You can’t just find a 100lb PR when you need it. If you can’t lift 280 lbs off the ground, and you need to move 350- well, get as amped up as you would like. Your double unders aren’t going to help you now.”

And if you train to be able to run away, to simply exist as opposed to being strong enough to finish the fight- well, then run away is all you got. And that’s not the business we are in.” 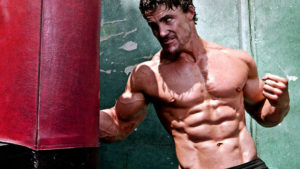 One more fitness article for you.  I like quick workouts.  The Tabata protocol is about the quickest (four minutes) there is.  This article covers some interesting variations you can try.  Don’t tell me that you can’t find four minutes in a day to work out. 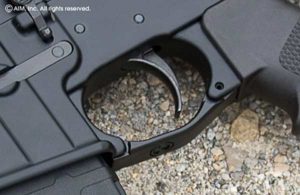 A few options for upgrading your AR trigger.  I disagree slightly with the author’s top two.  I have rifles with both the Rock River match trigger and the Geissele.  I prefer the Geissele.

Is the New York Reload faster? 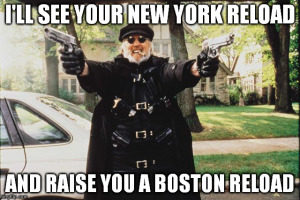 I like the idea of a “New York Reload” (transitioning to a second gun), but for most folks it is NOT faster than simply reloading the primary piece.  It all depends on your reload skills and where you carry the second gun.  I once did a bunch of timed tests with my officers (who carry backup guns on either their ankles or under their shirts attached to their body armor).  When the primary gun ran dry or had a simple malfunction, it was faster to reload or clear the problem than it was to transition to the second gun.  If the malfunction clearance required something beyond the standard “tap/rack”, it was almost always faster for the officers to go for their second gun.

Jeff Gonzales’ article about the same topic brings up an additional point:

“If your par times favor the reload then the discussion ends there, but if you find it faster the next decision you have to ask is what is the capacity of your second gun versus the capacity of the reload. If you draw a 5 shot revolver because you saw a quarter second advantage instead of reloading your primary with a 15-17 round magazine how much sense does it make to go to the second gun then?”

The person who brought the NY Reload into the modern age was legendary police gunfighter Jim Cirillo.  If you don’t know who he was, you need to read Tales of the Stakeout Squad. 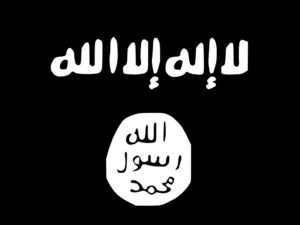 A thought-provoking article about how Islamic terrorist attitudes and tactics are changing as a new generation of terrorists takes over.

What self defense ammunition is best for the 9mm carbine?

I agree with Grant here.  I’d prefer a heavy bonded bullet if I was relying on a 9mm carbine for defensive purposes.

For all you travelers who forgot the combination to the hotel safe, here’s an easy way to open it without having to pay for a locksmith.  And for you gun owners, your electronic safe isn’t as secure as you think it is.

History and the Decline of Human Violence 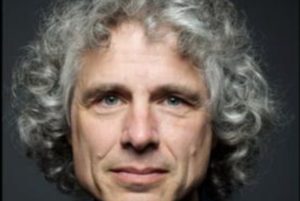 A fascinating interview about the declining rates of violence compared to historical norms.  If you want an ambitious reading assignment, I highly recommend Pinker’s book The Better Angels of Our Nature.