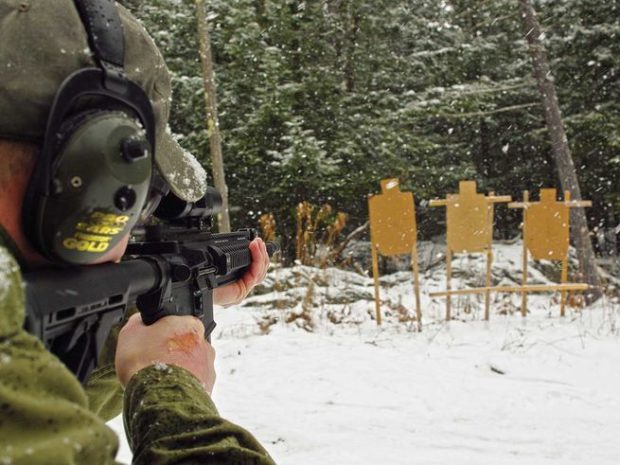 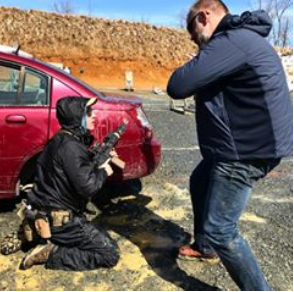 Every trainer can be a bit myopic at times.  Here is some advice to help you cure this ailment.

There is a difference between training, testing, and practice.  You should be consciously pursuing each of those endeavors, but should be doing them at the proper time and in the proper order. 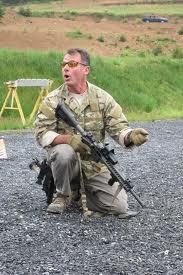 Good point here about the whole “gross” vs. “fine” motor skills often discussed by firearms trainers.  If we expect our students to pull the trigger properly (a fine motor skill) why do we assume that they can’t use the slide release lever (also a fine motor skill)?

The Most Important Lipid Panel Marker

What you probably don’t know about your blood work.

What the Shoulders Say About Us 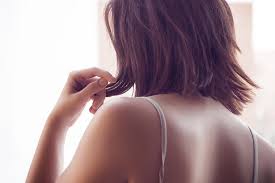 Body language tips that may help you avoid being a criminal’s target.

“Over my career I have interviewed a lot of criminals and I always made it a point to ask how they assessed their victims before they acted out. Over and over three things stood out, how their victims looked (frail, weak, not athletic), their overall situational awareness (never go after someone who sees you first), and their arm swing (vigorous arm movement or passive subdued).

And so to a criminal, our own intra-species predators, as Robert Hare would call them, how the shoulders look is a key factor for those who seek to prey on us. As one psychopath said to me, and this was very telling, “silverbacks don’t go after silverbacks, they go after everything else.” Good point.” 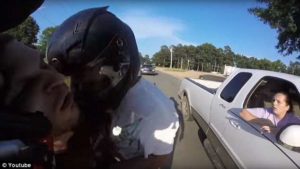 This is a technique that a lot of people fail to consider.  Be extra careful around anyone who is wearing a motorcycle helmet.  It hides their identity, protects them from your strikes, and gives them a very effective weapon.  My cop friends should remember to order the rider of a stopped motorcycle to take off his helmet during the duration of the traffic stop.

Very few defensive shooting enthusiasts ever take the time to learn how to shoot a gun while holding a flashlight in the dark.  Those who do master that skill next need to learn when to turn the light OFF.  The value of a momentary on flashlight switch is immeasurable.

EMOTIONS – DO NOT FEED THE BABOON 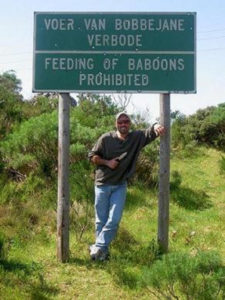 Having mental control during times of chaos is the most useful psychological attribute to cultivate. 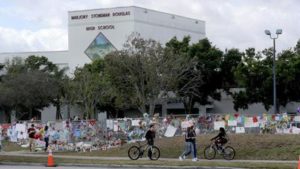 Why we continue to have school shootings. The people in charge don’t suffer from a lack of information. They suffer from laziness, apathy, and a lack of drive to do the right thing.

Unfortunately, I think it will only get worse. The people who are tasked with your safety likely don’t care one bit about you. They only care about maintaining their cushy jobs and passing the buck down the line without a hint of personal investment.

You must be responsible for your own security. Outsourcing your personal protection to an external source (like a police department or school) is a death sentence in a large crisis.

Take care of yourself. Don’t expect competence from people in “leadership” positions. 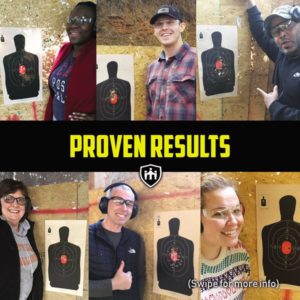 Any of my readers in West Tennessee who are looking for an NRA basic pistol/instructor class from quality instructors should check this one out.

Tiffany and Aqil are both friends of mine. They are exceptional people and great instructors. You won’t be disappointed.

When friends are strangers 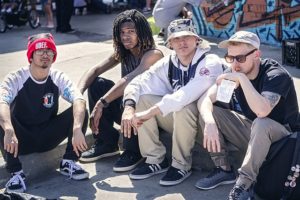 An idea worthy of consideration.

Media Should Refrain from Naming Any Mass Public Shooter 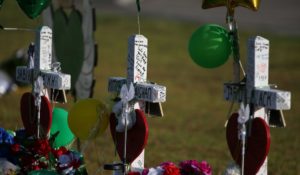 “Over and over again, these killers are highly driven to realize their goal of more publicity. They invest a lot of time and energy into planning their attacks, often starting a year or two in advance. Mass public shootings have rarely involved less than six months of planning.

It is clear: If you want to stop these attacks, stop giving news coverage to the killers and their crimes.”

Answer, but don’t open your door 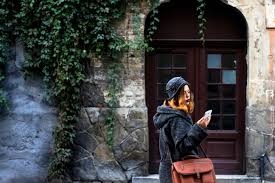 This is very good advice.  It’s much better to call out than to pretend no one is home.  If your house is targeted, they may initially try one of these scams to get inside.  If you don’t answer, they think no one is home and will walk around to the rear of the house (where they are less visible) and break in.  Call the police immediately if there is someone at your door asking to use the bathroom or telling you they are hurt.

Why You Should Be Shooting Steel Targets and Some Guidelines 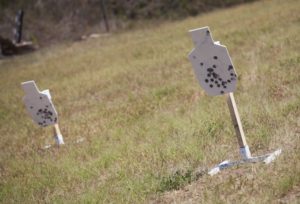 Interested in shooting steel targets?  here are some tips to do it safely.

Why the Best Things in Life Are All Backwards 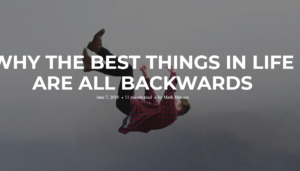 “The goal is to take your mind — a wonderful thing that has spent its life learning to chase various creatures — and teach it to stop chasing its own tail. To stop chasing meaning and freedom and happiness because those only serve to move it further away from itself. To teach it to achieve what it desires by giving up what it desires. To show it how the only way to reach the surface is by letting itself sink.

And how do we do this? By letting go. By giving up. By surrendering. Not out of weakness. But out of a respect that the world is beyond our grasp. By recognizing that we are fragile and limited and but temporary specks in the infinite reaches of time. You do it by relinquishing control, not because you feel powerless, but because you are powerful. Because you decide to let go of things that are beyond your control. You decide to accept that sometimes, people won’t like you, that often you will fail, that usually you have no fucking clue what you’re doing.

You lean into the fear and uncertainty, and just when you think you’re going to drown, just as you reach the bottom, it will launch you back to your salvation.”

Useful information for you AK shooters.

ARMED RESPONSE TO A TERRORIST ATTACK 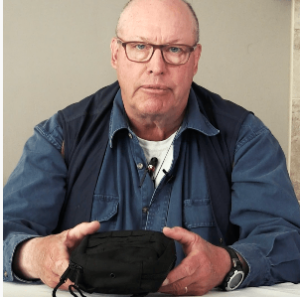 My friend Mike Hummel is hosting the legendary trainer John Farnam for a class John doesn’t often do in Ohio.  John will be coming to Millersburg, Ohio on June 23-24.  Here are the class details.  Register at the link above.

This course is designed to prepare armed citizens against the threat of terrorist violence and other active-shooter events.
Current events indicate a steady increase in terror-related attacks against westerners. Violent extremists and other savages are actively targeting LEOs, Military servicemen and women–as well as their families–to be butchered in public. In addition to LE/MIL individuals and families, we see a rise in these types of attacks on virtually any target of opportunity. Even members of their own culture/faith/ideology are martyred for their depraved cause! This trend will likely continue for the foreseeable future.

For that reason, we have seen the need to develop this specialized firearms course with a focus on armed response to these unique dangers in our modern world. Classroom instruction will cover practical options and tactics intended to give individual operators the life-saving mindset and skill sets for prevailing against such attacks.

Live-fire drills will simulate attacks in:

Movie theaters
Restaurants
Shopping malls
other active-shooter scenarios
This is a combined rifle and pistol course, with heavy emphasis on pistol.

Our ARTA Program (Armed Response to a Terrorist Attack) is intended for Operators who have had previous training in the serious use of pistols and rifles.  It is not suitable for beginning students of our Art.

In ARTA, we do scenarios, where, for example, the student starts with his pistol, then goes and retrieves his rifle, gets it running, then finishes the drill.  We do a lot of exercises where threats are mixed-in with non-threats.  Long-distance pistols shooting!

Students need to bring at least one pistol and a rifle, spare magazines for each (at least one) along with normal safety equipment and concealment gear.  Rifles must have slings suitable for all-day carry.

Don’t Be That Guy

Nick is spot on.  Buy his book. 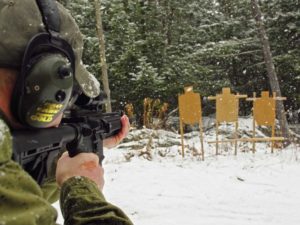 A close range carbine drill that is fun to shoot.  Thanks to Practical Eschatology for finding the article. 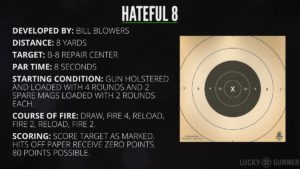 Speaking of shooting drills, here’s another one.  It looks pretty rough.  I’ll be trying it in next week’s practice session.

M855A1 Penetrator Ammo Accuracy: How Good Is It, Really? 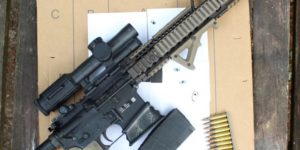 Interesting accuracy testing of some commonly-used military rounds. The author mentions the differing accuracy standard requirement depending on which reference is cited.

He mentions a 5″ group at 100 yards as being one of the published standards. When I went through Colt armorer school they stated that the military requirement was 5 MOA. They also said most of the military guns they tested shot 2-3 MOA. 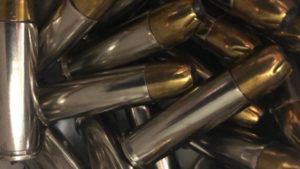 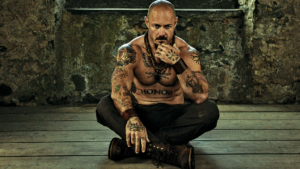 In last week’s Knowledge Dump, I posted a link to an older Jack Donovan article.  It was the single most followed link in I shared last week.

Since you liked his last article so much, here’s another one for your consideration.  It led to the writing of his book Becoming a Barbarian.

Do you have a realtor keybox to store a key outside your house?  If so, you’ll want to read this article and watch the video. 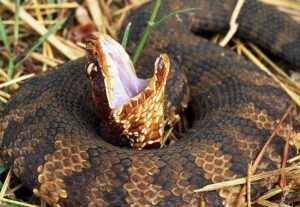 I get lots of questions in my medical classes about snakebite treatment.  Here is a very definitive guide for snake bite wounds in North America.  recognize that the protocols may be different for snakes from another country.

How Much Have You Actually Trained? 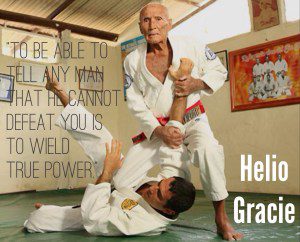 Cecil brings up a very important consideration.  Fake “instructors” are everywhere.  That’s why I post my CV and training resume publicly.  More instructors should do the same.

Shooting through glass while in a car is a lot of fun.  You should know how to shoot from a car, but your prime strategy for dealing with criminals in while trapped in your vehicle is to run them over.  Shooting from the driver’s seat should be much lower on your priority list.