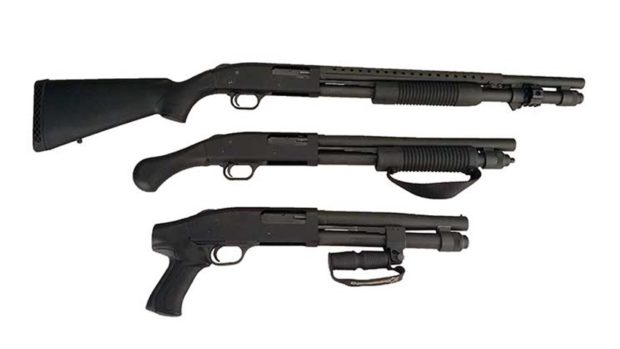 Dealing with Media for Firearms Instructors 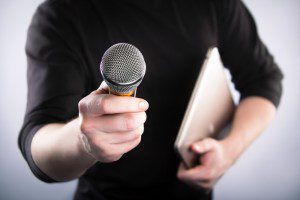 Good advice from a media savvy firearms instructor.  My experiences echo his.  I generally don’t trust television media.  As I don’t consume TV news or read newspapers, I generally will avoid producing content for them as well.  The only “media” interviews I do now are for blogs, podcasts, and radio shows that I know will not try to distort my message.

A Treatise on AK-74 Mods 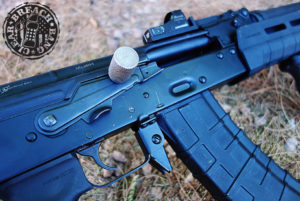 Some quality suggestions for customizing your AK-74 rifle.

Straight Talk on Armed Defense: What the Experts Want You to Know 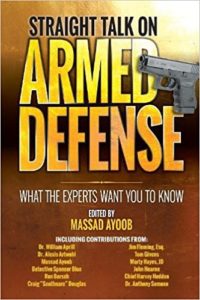 This is a great book with chapters containing topical advice from many of the leading instructors in the field of self protection.  I just finished it and I give it a five-star rating.  Excellent material covering a broad variety of topics.

The Myth of Perfect Situational Awareness 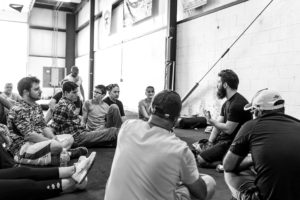 “The reality is it is physically impossible to be aware of everything going on around you at all times.” 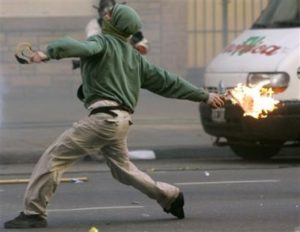 Read Gabe’s take on Molotov Cocktails.  I agree with his advice but would also comment on the utility of a small fire extinguisher if someone does get hit by one.  I carry these extinguishers in my police duty bag.  They are small enough to throw in my uniform cargo pocket when I am patrolling areas with large crowds. 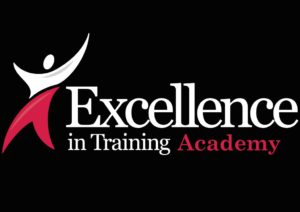 “It struck me that this should be the creed for all law enforcement trainers.

You need to be dissatisfied with:

Getting Real About Self-Defense 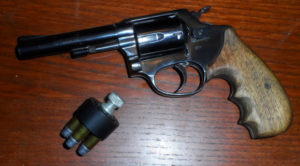 The older and wiser I get, the more I embrace this idea.  Intervening in an active killer or terrorist attack is the right thing to do, but it’s a potential minefield.  You could be killed by a terrorist you didn’t see.  You could miss your target and hit innocent people.  You could make a bad decision and shoot the heart attack victim who drove up over the curb, thinking it was a terrorist vehicle attack. You could be mistaken for the gunman and shot by responding police or CCW carriers.   If any of those scenarios happen, your life is essentially over.  Is it worth it to engage?  I don’t know.  You’ll have to answer that question for yourself.

The more I study the problem, the more I think along the lines of the author.  My gun is to get me and my loved ones to safety.  If a terrorist or killer is impeding that action, I will shoot him.  But I’m probably not going to “go hunting” unless I’m wearing a uniform and getting paid to do it.

“You are not a cop. you are not a super-hero, and I hope that you are not a vigilante. In a mass shooting situation it is your job to extract yourself and ideally any other innocents that you can. If you are armed your gun is literally for self-defense while you extract yourself from the situation. The same can generally be said of bank robberies, drive-by shootings and other such incidents. It is not your job to take down the bad guys and trying to is likely to get you shot, either by the baddies or responding police.”

This article provides yet another perspective on the topic.

How to Shoot a Pistol One-Handed

You are practicing single handed shooting, right?  If not, here are some tips to get started.

Cache is King: How to Store Weapons and Non-Electronic Equipment for the Long Term

Some long term storage options for your valuables.  You’ll want to read Survival Sullivan’s take on the same topic as well. 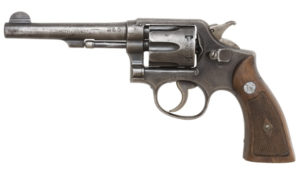 An informative look at the history behind a cartridge than many modern shooters know little about. 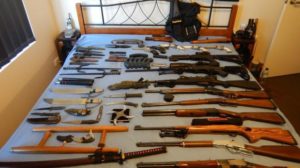 Check out this article from Australia.

Items in the cleaning kits can be easily converted in sound suppressors, or silencers.”

The US government is tracking information about the people who buy “solvent traps.”  If you aren’t familiar with these things, they are adapters that allow you to screw an automobile oil filter on to the end of your threaded pistol or rifle barrel.  Ostensibly, the oil filter catches the used oil that runs out the end of the barrel when you clean your gun.  In reality, the oil filter serves as an improvised (but illegal) noise suppressor.  It’s the poor man’s silencer.

I’ve always suspected that I was on a government list (and you are too for reading this site).  It’s nice to have confirmation that this information is being gathered and stored by our government agencies.  Can you imagine what other information they are tracking?

Realistic Defensive Techniques for Protecting your Children around Vehicles 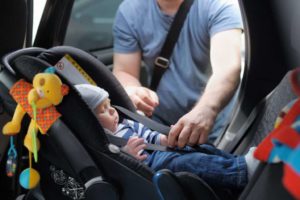 Vehicle safety when you have kids in the car.

Inside a Porn-Pimping Spam Botnet

Do you ever wonder why you get all those fake friend requests on Facebook?  Here’s a look at how spam bots work.  The ones in the network he is discussing all promote “adult dating” websites.

” During the week the above-linked screen shots were taken, this botnet had more than 1.2 million zombie machines or servers reporting each day (that screen shot archive includes roughly half of the panels found). These days, the total number of servers reporting in to this spam network fluctuates between 50,000 and 100,000.”

Shoot out in the centre of Cancun ( video) 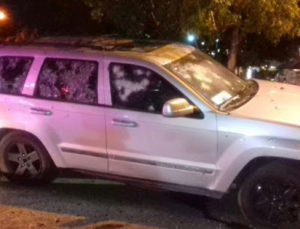 I love Cancun. Not the “hotel zone” but downtown Cancun itself. Most tourists don’t go there, but it is a fun place full of culture and excellent food that is only a 10 minute bus ride from your hotel on the island. I generally go to Cancun 1-2 times per year and have done so since 2005.

The road where this video is taken is one that I’ve walked on dozens of times. In the video, you can see the grocery store where I do my shopping down there. It’s a safe area. There is a park two blocks away where families with young children gather every night to eat, play, and listen to music.

It’s safe until the soldiers and cops corner a gang of sicarios (cartel assassins). Watch the short video and listen to the sounds of the gunfight. It’s one of the most intense law enforcement gunfights I’ve ever heard. I’m shocked that only five innocent people were hit.

Do you know who supplies all of the heroin and most of the cocaine in the USA? Mexican drug cartels. I can’t help but think that we will eventually have this level of violence in our own “safe” cities as well.

The sociology of U.S. gun culture

This may be of interest to some of you.

Cowboy Up and Be Your Own Hero 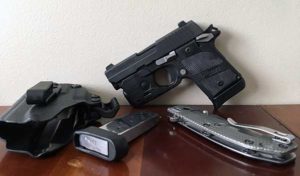 I fully embrace the ideas in this article.

Conflict Escalates from Verbal to Physical to Potentially Deadly

It’s important not to anger drunk or crazy people…especially when you lack the skills to resolve the situation if things get physical.  It’s also important to realize that some folks will knock you right the fuck out if you start yelling and getting up in their business.

Need another example?  Check out this video on Facebook.  Caution for graphic violence in both videos.

You really don’t know who you are insulting or messing with.  It’s best not to try to bully some random stranger in public.

Does Barrel Length Matter for a Home-Defense Shotgun? 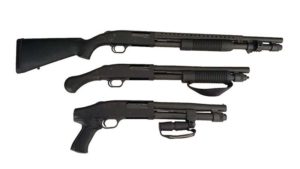 Barrel length has less of an effect on pattern size than choke does.