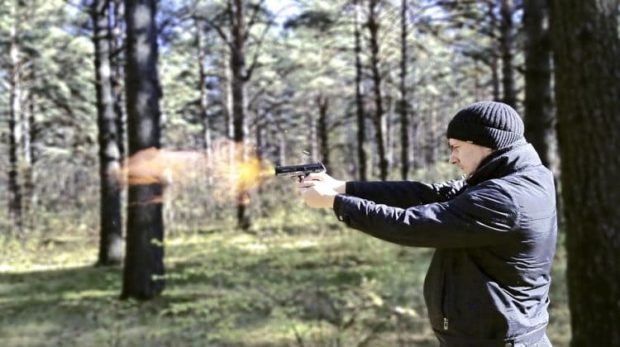 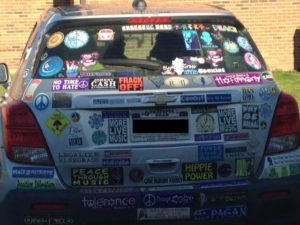 When transporting firearms the smart thing is keep it to yourself!”

Past Masters Of The DA Sixgun 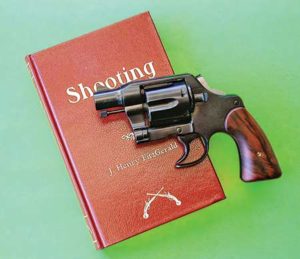 In any endeavor it’s important to study the history of the field to best understand its evolution over time.  If you haven’t heard of Jelly Bryce and “Fitz” Fitzgerald, this article will introduce you to a couple early pioneers in the art of defensive handgun shooting.  If you are a student of the art, your library should definitely Jelly Bryce’s biography and Shooting by Fitzgerald.

If you like firearms history as much as I do, you’ll also enjoy this article about Elmer Keith. 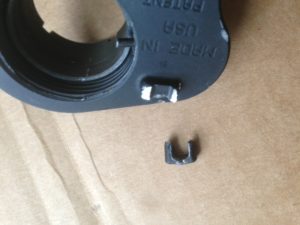 Stop putting cheap Chinese knock off accessories on a gun that you may someday need to save your life or the lives of your loved one.  Life is important.  Don’t be cheap if you want to keep enjoying the privilege of being on this planet.

Speaking of fakes, counterfeit KDG Sidelok mounts have been identified as well.

How to Know You Won a Political Debate on the Internet

“How do you know you’ve won a political debate on the internet?”

It’s really easy. I don’t engage on internet political debate.   Or internet debate on any other topic.   I win every debate in which I refuse to participate.  That’s why I no longer have comments on this site.  There’s no use getting tempted to “educate” the ignorant commenting trolls.

Seriously, who has time to argue with angry strangers on the internet? If you don’t realize how pointless that is, you have already lost and this article won’t help you. 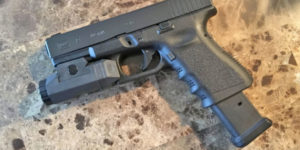 I can’t argue with the author’s conclusions.  My go-to home defense pistol is a Glock 19 with Surefire X300 and an extended magazine.  It’s a good weapon to have if I have to leave my “safe room” for any reason during a home invasion.  Interestingly enough, however, the gun closest to me when I sleep is not my Glock.  My bedside gun is a revolver.  If I am attacked in my sleep, it’s likely to be a very close range physical confrontation instead of fighting a home invader who is on the opposite side of my house.  Revolvers are much more reliable in an extreme close quarters gunfight when considering weapon retention, out of battery issues, and getting tangled up in bedclothes.

If a guy busts down my bedroom door at night and attacks me while I’m sleeping, I’m grabbing the .38 snub.  If I hear noises from another part of the house, I’ll stay barricaded and grab my Benelli shotgun.  If I have to leave my safe room for any reason, I take the Glock.

Two things criminals know about violence that you should know too

“The criminal experiences and uses violence on a much more frequent basis than the vast majority of martial artists. It is a “tool of the trade” for them. They know what works … and that’s why they always seek to work from a position of advantage and dominance.” 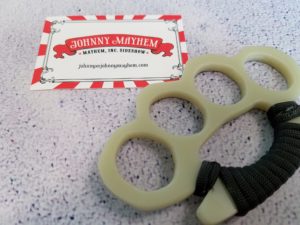 Some neat ideas here for those of you who frequent areas with metal detectors.  I really like the idea of using a plastic cutting board as source material for a non-metallic set of “brass” knuckles.  The author also recently wrote about a unique multi-tool that can also serve as an effective impact weapon.

If you are interested in more sneaky ideas, read Security Theater as well.

Matt Landfair on Police and the Minimum Requirement 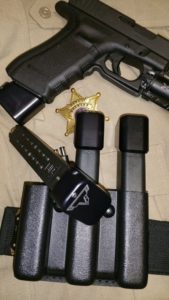 “We already know police standards in training, equipment, qualifications are a minimum requirement. For me, this is not the standard to occupy. When is minimum a standard to strive for? If your department will not act to improve, to what extent are you willing to go to provide a better and safer environment for yourself at work? I may be better trained or equipped because it is on my dime, but what about my coworkers? A chain is only as strong as its weakest link. Do you want those weak links with you in a gunfight?” 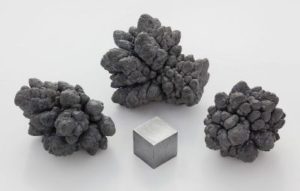 All you cops and recreational shooters should be cautious of your lead exposure and get your blood lead levels checked if you have any concerns.  A Blood Lead Level (BLL) of over 5 μg/dL of blood is cause for concern.  According to the study:

Now, I wipe my hands, forearms, and face With a D-Wipe lead removing towel immediately after shooting.  I then wash my hands and face with soap and water.  I don’t wear lead contaminated shoes into my house and immediately throe the clothing I wore while shooting into the dirty laundry bin.

This one looks good in bare gelatin, but I was quite disappointed in its performance after passing through heavy clothing.

Should You Act? – Get Involved Or Run Away? 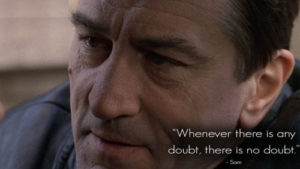 This is some of the best advice I’ve seen about when CCW carriers should intervene in an incident that doesn’t involve themselves.  Remember, “Not your people.  Not your problem.”

Gabe also has some unconventional advice about the shotgun during civil unrest. 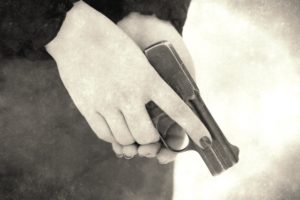 “To sum this up, disarming the population at large doesn’t make it safer. The number of weapons overall may decline, but they become concentrated with the mafia and with freelance criminals, and with the agents of the state. The state in position of the sole protector of the law-abiding not only fails to protect but abuses the monopoly on force.”

It’s important to realize that in some carry locations, you will be unable to draw your weapon while adopting certain body positions.  Kneeling position + front pocket carry = inability to draw.  That’s why I don’t think pocket carry is the best location for a primary gun.  Also, did you see that when the defender was finally able to draw, his holster remained attached to the gun?  That’s no good either.  Make sure your holster stays in your pocket when you draw the weapon.

Why a Handout Gun?

Do you have any “handout guns?”  Those are guns you can give away to unarmed friends, family members, or neighbors in a crisis.  I have a stockpile of beat up S&W Model 10 .38 revolvers just for that purpose.  Those revolvers are reliable, reasonably powerful, and easy for a novice to use.  I have the guns in holsters with two extra speedloaders full of ammo for each.  None of the guns cost me much more than $200.  If I don’t get them back for whatever reason, it isn’t going to break the bank.

Good advice from Craig Douglas from the new book “Straight Talk on Armed Defense.” I’m excited to read the book, but my copy is on backorder. 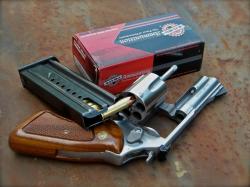 This is truly some “out of the box” thinking on revolver reloads.  What a unique idea!

Shooting with Both Eyes Open | Shooting Tips and Tricks 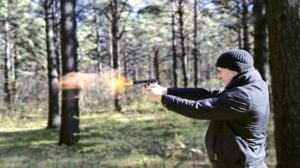 In general, I think it’s better to shoot with both eyes open than one eye closed.  With that said, it isn’t worth losing sleep over.  Some folks have a really difficult time not closing their non-dominant eye while shooting.  It isn’t that big of an issue.  If you have problems keeping both eyes open, this article may give you some ideas to make it work better.

The Mozambique Drill: A History and How To 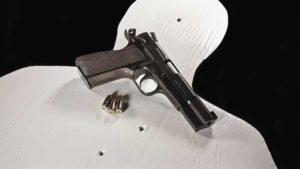 Some very interesting history of the development and evolution of the “Mozambique Drill.”  I had no idea that LAPD didn’t teach head shots until this drill was introduced in 1980.

My Carry Gun Is Outdated and Weird

This actually isn’t a bad choice for a defensive pistol, especially for a novice shooter.  It functions essentially like a nine-shot 9mm revolver.  The gun is slim, accurate, and reliable.  The double action trigger is pretty good, even by modern standards.  I have two of these pistols.  I don’t carry them (although I did carry a 3913 off duty for a few years when my duty pistol was a S&W double action auto), but I think they may be ideal future gifts for a new shooter who isn’t that enamored with guns and firearms training.

Why buying cheap or counterfeit tourniquets is a bad idea.  The only acceptable tourniquets for combative usage (according to the Joint Special Operation Command) are the C.A.T tourniquet and the SOFT-T tourniquet.  Don’t wast your money on anything else.  Both of these tourniquets cost around $30.  If you are buying a “lookalike” tourniquet for $10, you are not getting a bargain. 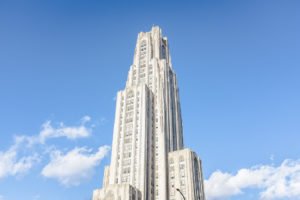 “And here is a prime characteristic of the Ivory Tower Man: He despises those who still believe in strength, skill, and self-reliance. He hates the old-fashioned warrior. He barely tolerates the “professional” warrior, because the State has to protect the ivory tower, right? The man in uniform is a needed inconvenience. Just keep that professional warrior on a tight leash, please. But the Ivory Tower Man despises any who would consider relying on themselves.”

Life worth protecting? Get medical skills! 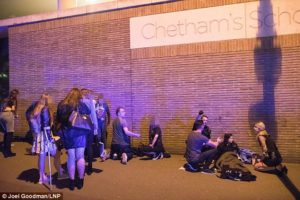 Folks, if you believe in carrying or owning a gun to protect your life, if you believe that life is that precious that it should be preserved “at all costs”, then damnit – get some medical training.” 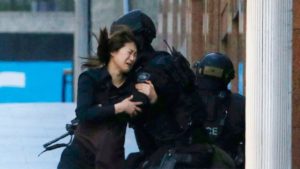 The coroner investigating the Sydney terrorist hostage incident agrees with me and makes some sound recommendations.

I predict these recommendations will be universally ignored by inept police commanders worldwide. 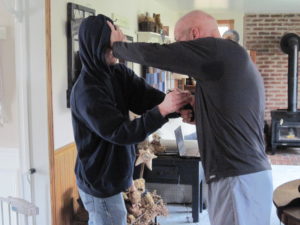 My friend Dave Spaulding is teaching his “Critical Space Pistol” north of Columbus Ohio on a private range July 29 and 30.  I would be taking the class myself, but I will be out of the country.  All of Dave’s classes are great.  Sign up for this one if you get the chance.  Course description below:

“The majority of armed confrontations involving law enforcement officers occur at double arms- length also known as “the hole”. Due to the close proximity of other humans, there is no reason to believe there is a difference for armed citizens. Emphasis will be placed on the draw and shooting from positions that are anything but traditional including the contact shot. Strike zones and how to strike will also be addressed. This is the class that bridges the gap between open hands and handguns. THIS IS NOT A BEGINNER COURSE and much of the training will occur at contact distance. Students should be skilled in the art of the handgun.”