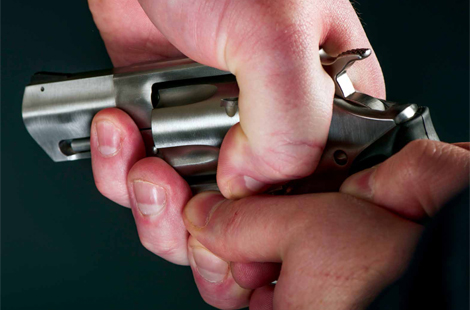 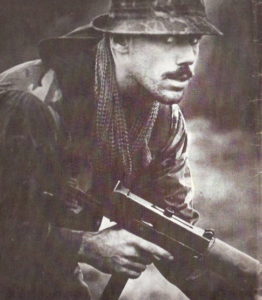 Former Navy Seal Matt Bracken discusses some of his insights about the future.  The discussion isn’t pleasant.  If you haven’t read Matt’s “Enemies” series, you are doing yourself a disservice.  Those books seem less and less like a work of fiction and more like a playbook.

Dave imparts some good wisdom as he explains a challenge drill he likes to use in his pistol classes. Good stuff here. And unlike a lot of tactical gurus teaching classes out there, Dave isn’t afraid to put it on the line and shoot demo shots in front of everyone. 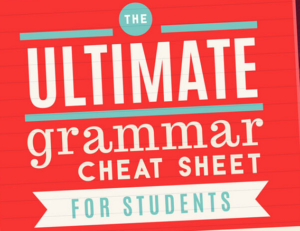 A simple infographic showing all the common grammatical mistakes that people make.  It should be required study before anyone is allowed to post on Facebook.

Regarding the Futility of Controlling Firearms 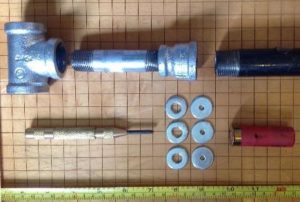 The link gives you complete plans to make a 12 gauge zip gun out of simple items you can find at a hardware store.  DON”T DO THIS!  Constructing a gun like this violates state and federal law.  But look how easy it is to do.  Yet another reason why gun control can never work here.  People can build their own gun in an hour with $20 in hardware store parts.  It may be bulky, illegal, and dangerous, but it fires a single 12 gauge shell.  It’s the perfect weapon to use to “acquire” a better weapon.  Google the “liberator” pistol concept from WWII.  This is a modern day equivalent.  H/T to Practical Eschatology for sharing the link.

For additional evidence that gun control is ineffective, take a look at this article about how criminals rent guns to commit crime in Colombia.

A fun rifle skill building drill if you have a range where you can move.  There are lots of cool things taught in rifle classes these days, but simple position transitions, combined with fast hits on multiple targets and a little cardiovascular exertion is really what most folks need to focus on.  This is an AK drill, but it will work just as well with an AR.  I use a version of this drill in a lot of my rifle classes.

If you want to get some reloading practice in, load your mags with only 18 rounds.  That way you’ll also get to practice a reload after each stage.

One further note…shooting rifle rounds on steel at 25 yards is exceedingly dangerous. Use frangible ammo or paper targets.

Shredded intestines from a gunshot wound to the leg! 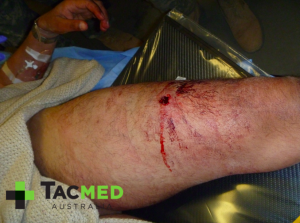 A lesson for both the tactical folks and the medical professionals.  Bullets do weird things when they hit the body.

Chris Tanner has some great ideas about modifying and carrying the Ka-Bar LDK knife that I designed. Check out his video review!  I’m going to be trying both of his suggestions.  You can get the knife for less than $15 right now on Amazon.com.

Prevent The Number 1 Cause of Death 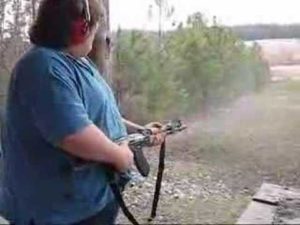 Five keys to survival fitness gives you a few good standards to shoot for.  For a simple workout program with only a kettlebell and pullup bar, check out Corner Courage. 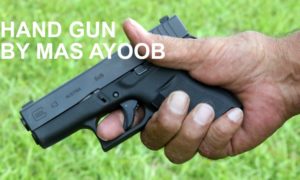 A great article (in a new firearms publication) about choosing a defensive handgun from Massad Ayoob.

How to Train on a Shitty Range 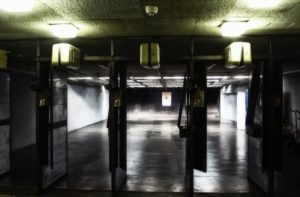 A few ideas for training on a range with restrictive rules.

How to think ahead about your decisions 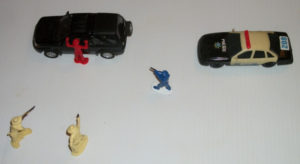 In this article, the tactical professor debriefs an incident reported in the NRA’s “Armed Citizen” series.  Two homeowners confronted a burglar and held him at gunpoint until the cops arrived.  Claude links to the police bodycam footage of the officer’s response as well.

While Claude did an excellent job critiquing the actions of the homeowners, I’m going to focus on the cop’s action.  For all you cops out there, would you want two unknown people with guns behind you when you cuff a suspect?  That’s not the safest way to do business.

Take a look at the photo representation above.  Instead of moving between the criminal and the armed homeowners, I would suggest having the homeowners set down their guns and then move to the front of the car.  Prone the suspect out facing the homeowners.  Now you can cuff the bad guy while also keeping an eye on the two homeowners in the event things aren’t what they seem.

If backup is close, you could also just hold everyone and then wait for some help with the cuffing.  Either option would be better than placing yourself in the dangerous position of cuffing a criminal with two people pointing guns at your back.

Jammed: How Can an Adversary Cause a Failure? 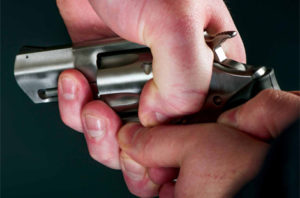 A few of the ways your gun can get jammed up when making contact distance shots against an adversary.

The 22: Mandatory Reading From A Father’s Guide To Manhood 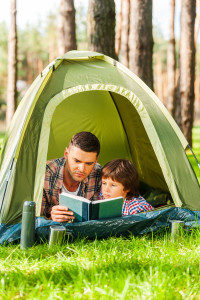 Excellent list of books to read with your son.

Top Ten Skills to Master for the Expedition Medic

Do you have these skills?  If you want to be able to care for yourself and your family in the backcountry (or in the event of a healthcare system collapse) this would be a good place to start.

One additional back country medical skill you should have is avoiding snakebites.

12 Ways To Increase Your Anonymity And Security Online 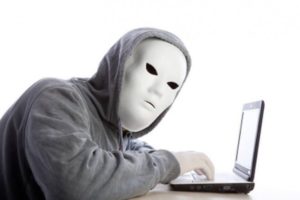 Some more advanced concepts for increasing your online security.

For my cop friends, PERF has issued some new “Guiding Principles” for 21st Century policing.  If your chief is a member of PERF, you will likely be seeing these implemented in the future at your agencies.  Here is an analysis of the positive changes PERF is advocating.  Part Two details some of the problems with the guidelines.  Part Three covers the worst of their suggestions.  Think of the series as “The Good, the Bad, and the Ugly.”

Kevin Davis shares his thoughts on the same recommendations in PERF and its Questionable Principles.

For my police friends, listen to the radio traffic from a recent call where three officers (and one other person) were shot (two fatally). Pay attention to the traffic at the 3:20 mark where an officer was calling for a cruiser with a trauma first aid kit. Apparently, not every car has one in that jurisdiction.

Here’s the deal: your employer doesn’t give a single shit about you. It’s important to recognize that fact. If they won’t spend $100 per car to equip you with medical equipment that will prevent you from bleeding to death from a gunshot wound, that tells you all you need to know about their level of concern for your well being.

Trauma kits and medical training are too important for your survival. Don’t rely on an uncaring department to provide these items. Most police departments would rather pay for an officer’s funeral than to give you the items you need to stay alive if you are seriously wounded on duty.

My department’s “trauma kits” are seven years old. The perishable items have not been updated and will not work as originally intended. Some cars don’t even have one of these outdated kits. Unfortunately, that’s the status quo for most police agencies. If you want to survive, you will need to provide your own trauma gear. Most departments don’t care enough about your survival to provide the necessary lifesaving medical supplies to treat a gunshot wound.

Don’t die because you have an uncaring employer. Purchase and carry your own kit. I carry two trauma bags (paid for out of my own pocket) in my police car on patrol. I also have a tourniquet, pressure bandage and chest seal carried on my person every day in case I’ve been shot and can’t get back to my car.

Lifesaving technology exists. So does the knowledge to use that technology. It doesn’t have to mean a death sentence for you if your department won’t step up to the plate and take care of you. Buy and carry your own trauma kit. At the very least, carry a tourniquet on your person. Know how to use both. If you wait for the department to provide that gear for you, you might end up just like this fine young officer…bleeding to death in a suspect’s driveway while your friends wait for the arrival of the paramedics because no one has the gear to keep you alive.

If my words don’t convince you, read Buy a Trauma Kit.

Check out the march edition of the always-informative Rangemaster monthly newsletter.  The first article on shotgun gunfighting is especially good.  Also check out Tiffany Johnson’s followup to the article she wrote for the newsletter.