There are lessons to be learned here for my cop friends and those who open carry.  Gun grabs happen faster than you might think.  This absolutely could happen to you if you carry an exposed handgun.  You won’t likely have a partner to shoot the bad guy who takes your gun.  If you are open carrying as either a cop or an armed citizen without having extensive weapon retention training you are absolutely foolish.

Read this article as well to see another instance of a negative outcome when a concealed carrier allows his weapon to become visible and doesn’t know how to retain it.  If that isn’t enough, how about this one.  Weapons retention is important for long guns as well.

Shooting Through Glass with Kyle Lamb 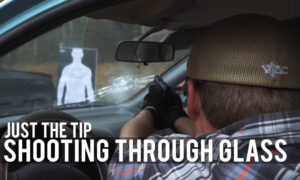 Kyle Lamb has some good tips about shooting through glass.  It isn’t as easy as saying “aim high” or “aim low.”  Glass deflects your bullets unpredictably.  The best solution is firing multiple shots through the same hole.

What We Take For Granted

Jeff Gonzales has some good tips for anyone who has a difficult time racking the slide of a semi-automatic pistol.

Offense, Defense, or Both: Why Do Some Poor Minority Inner-City Youth Carry Guns? 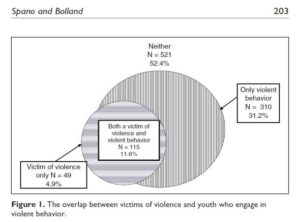 Some incredibly interesting research about why some inner-city youths decide to start carrying firearms. 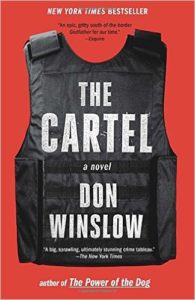 A rare fictional selection.  But this one mixes so much fact with the fiction that I don’t mind.  This entertaining novel is a rare look at the inner workings of a Mexican drug cartel.

Huge List of Handgun Courses of Fire from Handgunlaw.us 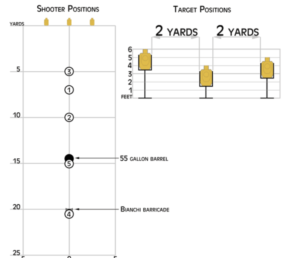 The Instructor Development Journal links to a massive list of various qualification courses of fire compiled by Handgunlaw.us.  There are enough shooting drills in these four PDFs to keep you busy for a VERY long time.

Legal Force Firearms Training is hosting me for a four-hour introductory defensive knife course in the Cincinnati area on November 12.  I will cover how to choose a defensive knife, where to carry it, and the laws of self defense regarding knife usage.  Students will practice accessing and opening knives from concealment, how to effectively stop an attack using a knife, and how to use a blade to defend an attack on the student’s holstered firearm.

This class is only open to The Well Armed Woman members and their families.  If you are interested, register quickly.  This class sold out last year.

The End of OTC Veterinary Antibiotics 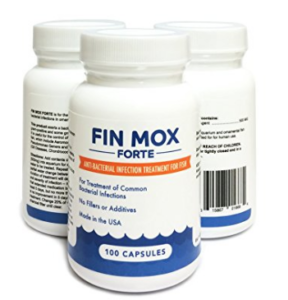 In my medical classes, I discuss legal ways that folks can stockpile extra medication without getting a prescription.  One of the ways I talk about is the use of veterinary antibiotics.  There is a loophole in the Federal law that allows people to purchase prescription antibiotics without a doctor’s prescription so long as the pills are labeled for veterinary use.  Several companies have fully exploited this loophole and re-bottled human antibiotics in human doses into bottles that say they are intended for use in fish tanks or to be given to birds.

Rest assured, all of these drugs are human drugs made by human drug suppliers.  If you check the pill inscriptions you will see that they are exactly the same pills that you would get at the human pharmacy.  The drug companies know you aren’t putting them in a fish tank.  That’s why your $4 amoxicillin prescription costs $40 with a fish label on the bottle.  Everyone knows what’s going on.

Apparently, the Feds are closing this loophole.  According to the linked article, certain water soluble antibiotics will require a prescription next year.  The “fish” antibiotics aren’t really water soluble or designed to go in fish tanks.   I don’t know if these kinds of off-labeled pills will become prescription only or not.  If you utilize this method to stockpile antibiotics, you might want to pick some up just in case.

Amazon has a small selection.  They sell amoxicillin (often used for children’s ear infections, and adult respiratory infections) as well as metronidazole (for anaerobic infections like giardia and some STDs).

You can find a better selection at California Veterinary Supply.

Sign up for my “System Collapse” medical class and learn alternate methods of acquiring these pills without a prescription.

What You Need to Know About Expired Prescription Drugs 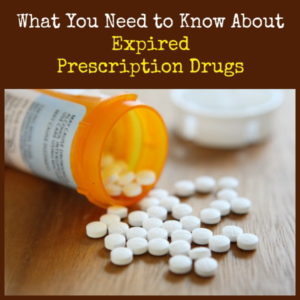 To go along with the article above, recognize that your expired drugs are likely still useful.  No current drug in the USA degrades into a harmful substance.  The worst that may happen is that the drug loses some potency over time.  Most estimates of potency loss are 10%-20% per DECADE.  The SLEP tests referenced in the article above showed that all of the drugs tested retained over 90% potency between two and six years after the expiration date.

The only drugs this information should not be used for are liquids and pills labeled “extended release” or “time delay.”  Those drugs are more unpredictable in their decay.

Tom’s monthly newsletter is always worth reading.  The articles in this month’s offering are exceptionally good.

How to Track a Human 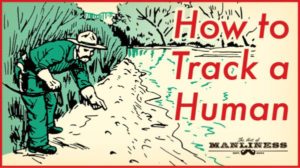 A very informative article from the Art of Manliness.  Read about the visual search scanning pattern.  This is how we teach folks to scan their environment in a wooded area.

How many guns are owned by American citizens?  Check out WeaponsMan’s analysis.  It’s a lot more than the 300 million number often cited. 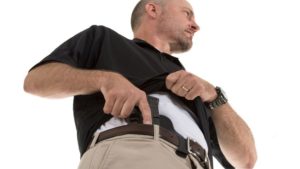 An intelligent look at some of the issues regarding appendix carry.  The drawstroke I teach looks a little different than the author’s, but I generally agree with him on the other points.

A really good article about situational awareness from Primary and Secondary.  If you haven’t read Left of Bang you are missing out. 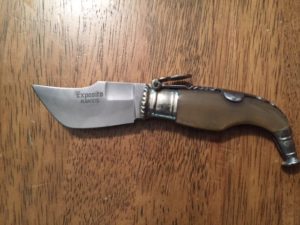 A very cool passage describing knife fighting a dueling in 1840’s Spain.  You knifers will enjoy it.  Just to get into the spirit, the photo above is the navaja I bought in a Madrid knife shop the last time I was in Spain. 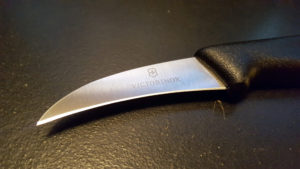 A lot of folks are looking at carrying “fruit knives” for self protection these days.  The fruit knives are low cost small fixed blades that may get past the scrutiny other knives would cause…especially if carried with a piece of fruit.  This might be a good disposable carry option for those of you with low incomes or those of you who might need a blade while traveling.

More information than you will ever want about nosedives in a 1911. 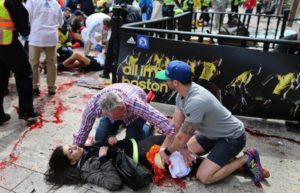 An incredibly thorough article that covers the skills you need to know to stop traumatic bleeding from gunshot wounds or blast injuries.

One more for you folks interested in Wilderness Medicine. Pressures of Wilderness Improvised Wound Irrigation Techniques: How Do They Compare? takes a look at various improvised wound irrigation solutions.  Some worked.  Some didn’t.

Some intelligent commentary on the BLM movement from Tiffany (who happens to be a black female attorney/firearms instructor and overall wonderful person.) 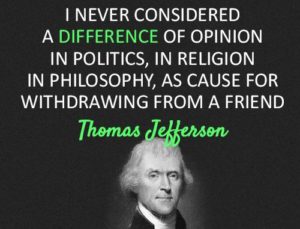 Important perspective about next week’s election.

This isn’t some stupid ‘turn the other cheek, be higher then them’ kind of blog post either. If someone is playing hardball against you and attacking you for your beliefs then by all means, attack them back.

But people limit themselves from meeting and interacting with great people, just due to said people’s political preferences. It’s absolutely idiotic.

I’ve met amazing people, who have taught me about life, business, work, travel and all other kinds of things who have ended up being on the opposite end of the political spectrum. Did this make me hate them? did this make my blood boil with rage? No, because I’m not some basic bitch idiot who takes everything as a personal offense.

Everyone has different beliefs based on different life experiences.
People limit themselves from learning, improving their lives, or simply having a conversation over political shit on Facebook. If you do this, then kill yourself, because you’re just as bad as the social justice warriors.”