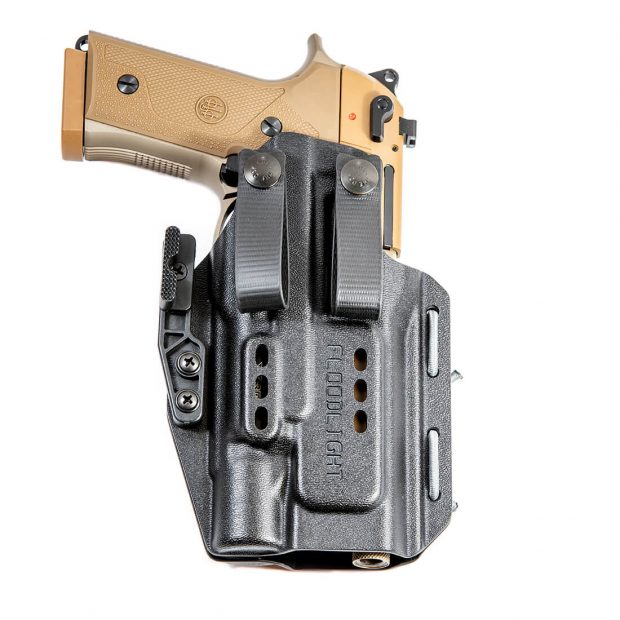 I get a lot of questions about holsters.  It seems that a lot of folks wants to know what holsters I wear and which holsters I consider “best.”

Most folks who have been carrying for awhile will gravitate towards the inside-the- waistband (IWB) holster for optimal comfort and concealment.  I’ve tried almost all the good IWB holsters, both behind the hip and appendix versions.  I now carry almost exclusively in the appendix position, but I have IWB recommendations for those who like to carry behind the hip as well.  There are probably dozens of other great holsters out there, but these are the ones I find myself carrying most often.

I think it’s most useful to break down my favorite holsters by gun type rather than by manufacturer.  Some holsters do a great job carrying certain types of weapons, but a poor job carrying others.  Look up what kind of gun you would like to carry and see my holster recommendations below.

For Full Sized guns (without lights) carried in the appendix position.

I prefer the Cornerstone, Keeper, and Keeper Light from Spencer Keepers.  My primary carry gun is a Glock 19.  The Keepers holsters are my primary holsters.  I most often carry the Cornerstone with its DCC clips.  If I need to take the gun on and off my belt repeatedly for some reason, I prefer the other Keeper holsters.  Those DCC clips really stay put when you get them set. 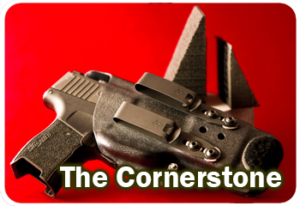 I truly believe that Spencer Keepers makes the best appendix carry IWB holster on the market.  It’s one of the few AIWB holsters that I would consider wearing in a high round count shooting school.  The design features make it much safer and more secure than other holsters on the market.

Spencer’s holsters are often back ordered and may require a little waiting to get.  The expense and the wait time is worth it.

I also really like  The Eidolon from Raven Concealment. 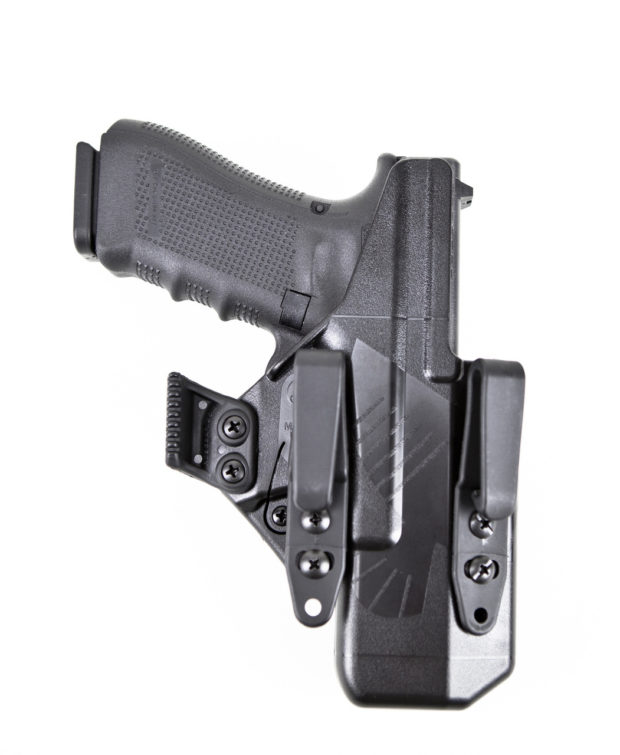 If I wasn’t carrying Spencer’s products, I’d be packing a Raven Eidolon.  For me, it is just slightly less comfortable and concealable than the Keeper, but very close.  If I couldn’t get Spencer’s holsters, I would pick the Eidolon without hesitation.  It’s a great holster and is extremely adjustable for height, cant, and concealment.  You’ll struggle to find a better AIWB holster under $100.

While the Eidolon is primarily an appendix holster, it can also be used behind the hip.

The Dark Star Gear Orion and Hitchhiker are high quality holsters I occasionally use as well.

While somewhat unconventional, I also really like the PHLster Enigma Mounting system for a low profile carry option with a tucked in shirt or in workout gear.  See my review HERE. 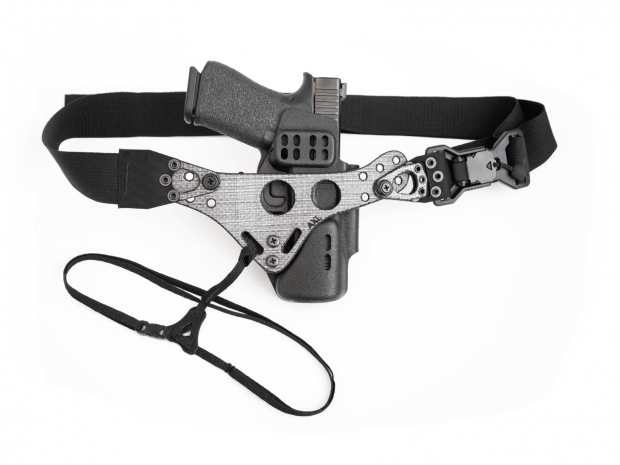 There are only two holsters I would consider for this purpose.  I like the PHL-ster Floodlight and the Bawidamann Gotham. I’ve carried both extensively.  I really like them.  For more information, I previously reviewed the Bawidamann holster HERE.

My all time favorite is  The Errand. 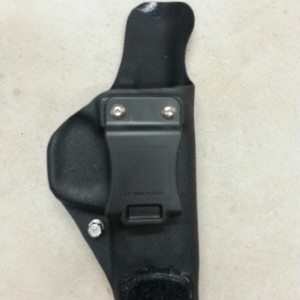 I’ve previously reviewed Spencer’s  Errand holster.    When I want to go a little lighter than my G-19, I use the Errand holster with my S&W Shield.

Besides the Errand, I also really like Andrew Henry’s Flint Compact AIWB.

I rarely carry this way anymore.  The only holsters I own that serve this purpose are from JM Custom Kydex.  The owner is a shooter and really knows how to design a simple holster with a lot of features.  His holsters are extremely high quality and quite inexpensive.  He also makes holsters for a larger variety of pistols/revolvers than any of the custom kydex manufacturers.  You won’t go wrong with any of Tony’s products.

The one I end up carrying the most is my #1K Straight up Kydex Clip Holster from Fist Inc. 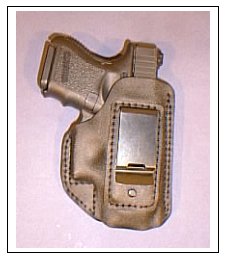 If you value very thin, low profile holsters, the Fist K-1 is the holster for you.  The kydex from  which it is made is so thin that it is actually sewn together with thread.  This holster is super thin and low riding.  It conceals extremely well.  I use it when I carry my Glock 42.  It’s light and thin enough to conceal in gym shorts under a workout shirt.

This is a holster with no cant.  It works behind the hip with most guns and appendix in guns with shorter barrels.  It has a very low ride for concealment.  Some of you might not be able to get a full hand grip on the weapon during the draw, depending on the type of pants and belt you carry.

For another minimalist holster, I occasionally carry the Raven Vanguard II.  It only covers the trigger guard and is the tiniest holster available.  It’s quick and comfortable, but I don’t think it conceals quite as well as some of the more robustly-built holster options I’ve mentioned earlier in the article. 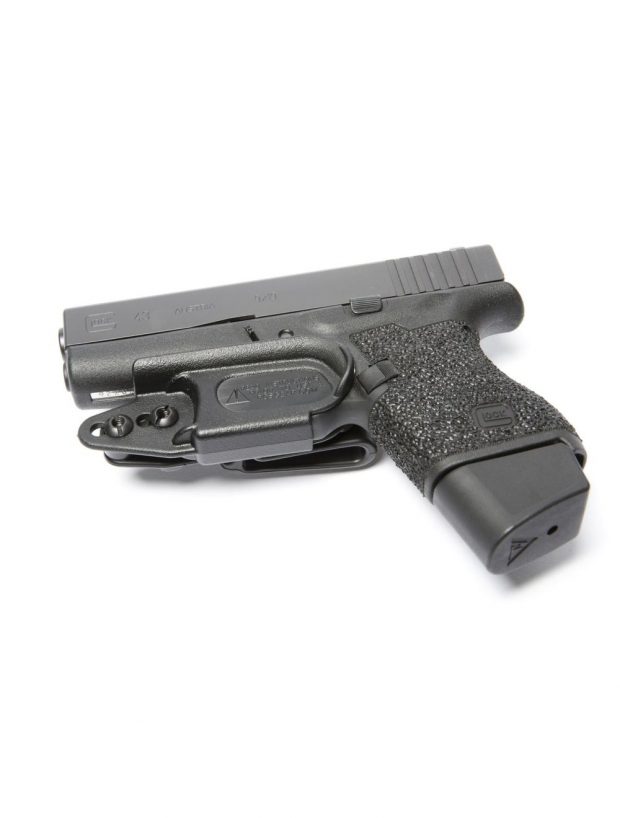 If you are a revolver aficionado like I am, you might want a nice IWB carry holster for your wheel gun.  I carry my revolvers in either the JM Custom Kydex AIWB holster or the PHLster City Special holster.  Both are comfortable and incredibly concealable. 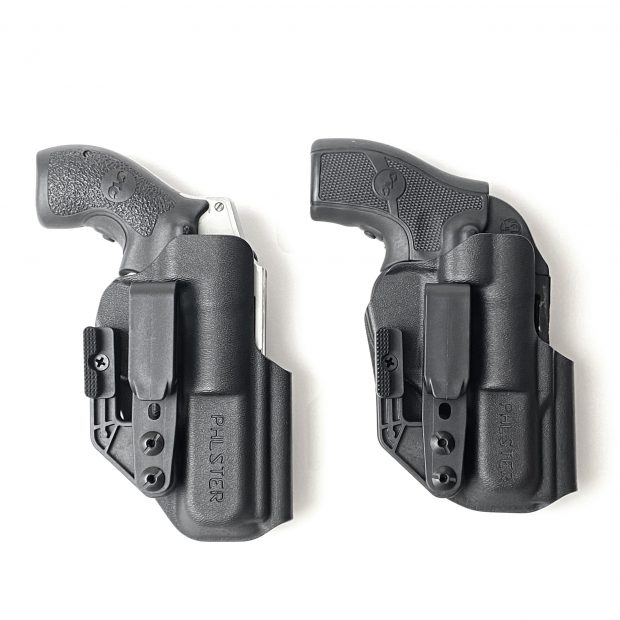 My J-frame carry revolvers are also equipped with a Clipdraw as well.  It’s very easy just to slide the gun into my waistband without a holster.  It’s convenient, but if you want all day carry comfort, I’d prefer the JM or PHLster revolver rigs, especially if I was planning on doing work that gets me sweaty.  With the clipdraw, the gun is placed directly against your skin. 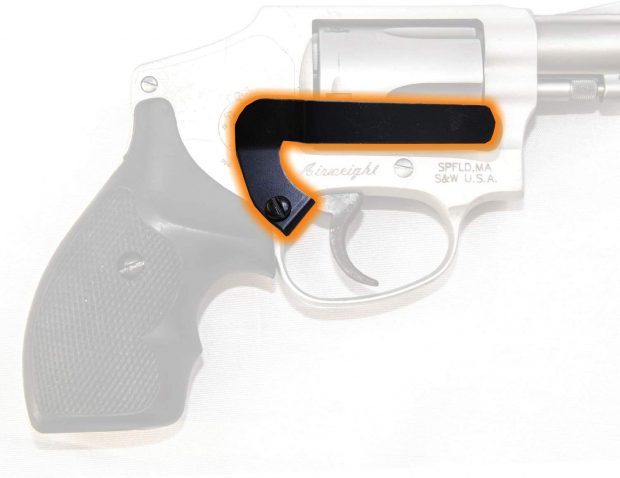 My favorite is The CoverUp by Tucker Gunleather 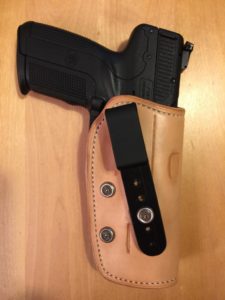 If you don’t want a kydex holster, check out the Coverup.  This was the very first holster I used when I switched to appendix carry more than 10 years ago.  The adjustable belt clip allows you to fix the cant to make appendix carry comfortable with nearly any barrel length.  It works equally well behind the hip.

I had some problems with the standard belt clip when I first got the holster, especially when wearing a nylon web belt.  The belt clip would occasionally detach from the belt during the draw.  I switched to the company’s J-hook belt clip and the problems went away.  While comfortable, this holster is a little less concealable than some others.  The leather is quite thick and the single belt attachment is directly over the bulk of the weapon.  That makes for a slightly larger “bulge.”  If you are a super skinny person or wear really tight clothes, this one wouldn’t be the best choice.  For anyone else, it’s a great pick.

For what it’s worth, the Tucker Gunleather reverse cant magazine holder is my current favorite way to carry a spare mag.  I really like this company’s workmanship.

That’s it.  My list of favorite IWB holsters.  Any of these would be a great choice.  If you are carrying  in a sub-optimal holster, fix that.  A good holster will be many times more comfortable and concealable than a cheaper option.  Pick one from this list or keep experimenting until you find something else you like.  I promise that your life will become immeasurably better once you find the right holster for your gun and body type.

There is no way that I could possibly test and evaluate all of the holsters on the market.  Undoubtedly, there are quite a few great IWB holsters that I didn’t mention here.  Rather than speculating, I only wrote about holsters with which I have extensive personal experience.  There are likely lots more awesome IWB holsters out there, but I can truly speak to the utility of these particular rigs from my personal experience.

Choose well and don’t be afraid to dump your junk holster on Ebay or at a gun show if it doesn’t perfectly fit your needs.

FTC Disclosure-  I have no financial interest in any of the companies mentioned and I am not receiving any compensation for this article.  The Amazon link to the clipdraw is an affiliate link.