Three weeks ago, I wrote an article covering my analysis of the Uvalde school shooting.   Since then, we’ve learned some more facts about what happened that day.  If anything, these facts indicate that the police response was even more dismal than I originally reported.  Here are some updated news links and my thoughts about what happened.

The first issue that has been clarified is exactly what happened after the killer crashed his truck and before he made entry into the school.  There was confusion about whether or not officers were on scene and if or how they confronted the killer.

It turns out that cops were on scene.  They chose not to engage stating they feared missing and hitting children in the area.

Imagine being given the opportunity to instantly stop an active killer event at an elementary school before anyone got hurt. Then imagine failing to take that opportunity because you don’t trust your own marksmanship abilities.

I wonder if these officers wished they had practiced more or taken a carbine class on their own dime to build their skill set?  Probably not, because in police work, failing to act is always preferable to acting and experiencing an unfavorable outcome.

These officers will never be punished for failing to take the shot, but they would be fired, sued and maybe jailed if they shot and accidentally hit a kid.

Which option would you choose given this scenario?   I would argue that sometimes you have to take the shot regardless of the backstop.  If these officers would have missed, they may have hit a couple kids on the playground.  That would be absolutely horrible, but would be a far better result than the massacre that occurred.

But again, these officers will not be disciplined for allowing a murderer to get into an elementary school.  They would be fired and sued if they had missed and shot kids on a playground.  These are the rules society has set for officers.  There’s no expectation that they do anything.  They get punished if they screw up.  They aren’t given the training to be truly competent with their weapons.  It’s easy to see why they made the choices they did.

People have been clamoring for kinder, gentler, less militarized cops for the last 15 years.  This is the result.  As my friend Darryl Bolke says: “You get the police department you deserve.”  When you reward and promote inept cowards, yes-men, and suck-ups because they never used force or screwed up in the field, you get police chiefs like Pete Arredondo. 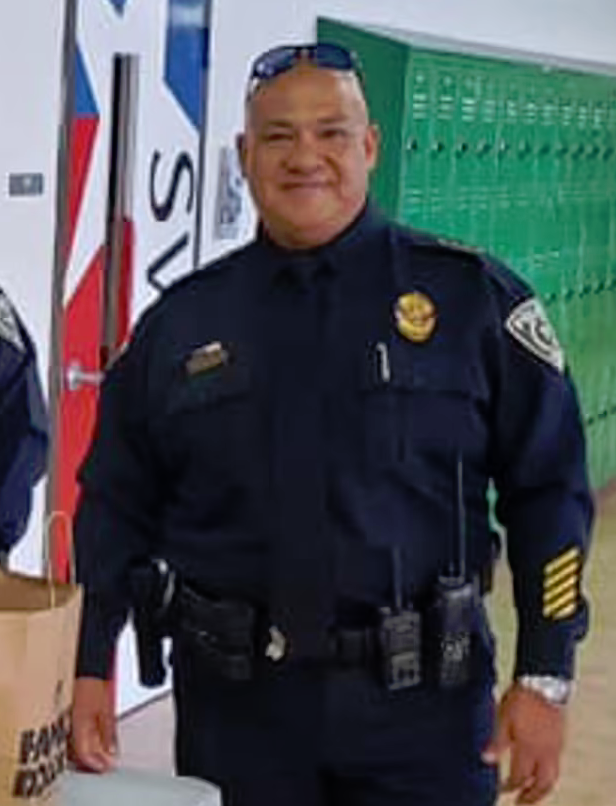 Absolutely unfit for command and many of your police chiefs are just like him.

Remember, these are the folks you are calling to help you in your worst moments. As I’ve said before, you are on your own. No one is coming to save you.

You’d think that failing to shoot a murderer entering an elementary school would be the worst that one could imagine.  But no.  The hits keep coming. It turns out that almost everything this police chief said has been a lie.

The article above states that killer didn’t have a key.  Although it’s possible that the shooter got a key from the teacher and locked it from the outside, the event timeline doesn’t give him much time (less than two minutes) to do that.

That means the door was most likely unlocked. 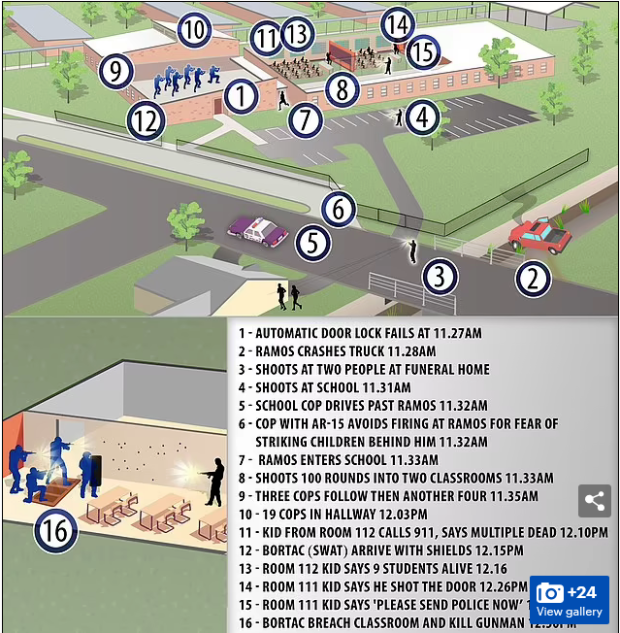 Timeline from link above

Video shows the police massed in the hallway made ZERO attempts to unlock the door during their 77 minute wait.  Unconscionable.  If the officers would have checked, they would have indeed found the door unlocked.

“Three minutes after the suspect entered the west building, there was a sufficient number of armed officers wearing body armor to isolate, distract, and neutralize the subject,” he said. “The only thing stopping a hallway of dedicated officers from entering Room 111, and 112, was the on-scene commander, who decided to place the lives of officers before the lives of children.”

Law enforcement apologists claim that the police officers inside were waiting for breaching tools, shields, and rifles.  Completely untrue.  Read the absolutely damning article below.

Officers in Uvalde were ready with guns, shields and tools – but not clear orders

The photo (linked in article above) above was from 12:04.  The breach occurred at 12:50.  I see five rifles and two shields.  According to the article, they had breaching gear as well.

“A Halligan bar — an ax-like forcible-entry tool used by firefighters to get through locked doors — was available. Ballistic shields were arriving on the scene. So was plenty of firepower, including at least two rifles. Some officers were itching to move.”

This is a Halligan tool.  It (usually along with a short sledge hammer) is the primary tool used for breaching outward opening doors. More horrific details are revealed in the link below.

“If there’s kids in there, we need to go in”

“No security footage from inside the school showed police officers attempting to open the doors to classrooms 111 and 112, which were connected by an adjoining door. Arredondo told the Tribune that he tried to open one door and another group of officers tried to open another, but that the door was reinforced and impenetrable. Those attempts were not caught in the footage reviewed by the Tribune. Some law enforcement officials are skeptical that the doors were ever locked.

Within the first minutes of the law enforcement response, an officer said the Halligan (a firefighting tool that is also sometimes spelled hooligan) was on site. It wasn’t brought into the school until an hour after the first officers entered the building. Authorities didn’t use it and instead waited for keys.

Officers had access to four ballistic shields inside the school during the standoff with the gunman, according to a law enforcement transcript. The first arrived 58 minutes before officers stormed the classrooms. The last arrived 30 minutes before.

Multiple Department of Public Safety officers — up to eight, at one point — entered the building at various times while the shooter was holed up. Many quickly left to pursue other duties, including evacuating children, after seeing the number of officers already there. At least one of the officers expressed confusion and frustration about why the officers weren’t breaching the classroom, but was told that no order to do so had been given.

At least some officers on the scene seemed to believe that Arredondo was in charge inside the school, and at times Arredondo seemed to be issuing orders such as directing officers to evacuate students from other classrooms. That contradicts Arredondo’s assertion that he did not believe he was running the law enforcement response. Arredondo’s lawyer, George E. Hyde, said the chief will not elaborate on his interview with the Tribune, given the ongoing investigation.”

The Texas director of public safety stated in the recent hearings:

“We set our profession back a decade,”

I would argue that we set the profession back more than a quarter of a century and this singular event will be the turning point where the general public loses all faith in  law enforcement officers  across the country.  I predict that the profession will never recover and that society will see some very big changes (none of them for the good) in the next few years.