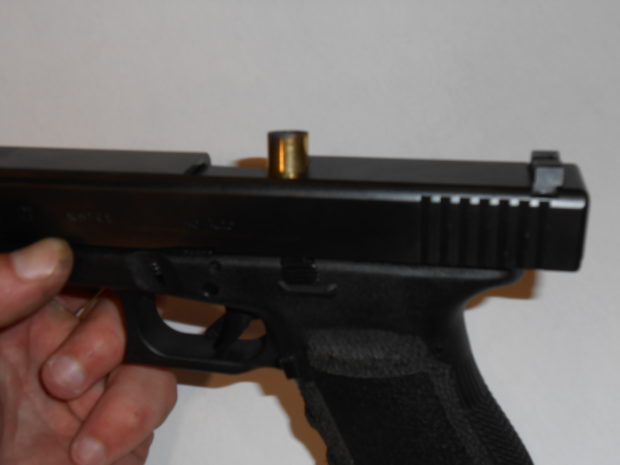 Today’s school shooting in St. Louis has provided an excellent illustration of a fact I have been noting for years.  Active killers often have weapon malfunctions during their attack.

“All I heard was two shots and he came in there with a gun,” Gholston said. “And I was trying to run and I couldn’t run. Me and him made eye contact but I made it out because his gun got jammed. But we saw blood on the floor.”

Jamming weapons are incredibly common in active shooter events.  In fact, another spree shooting that most of you will remember (the Batman movie theater shooting in Aurora, Colorado) had a similar ending…

“A federal law enforcement official told the Washington Post that a weapon malfunction likely saved lives by forcing Holmes to abandon the M&P15 he had equipped with a 100-round drum magazine after it jammed.”

Note that both of these shooters had weapon malfunctions.

Do you remember the 2015 terrorist attack in Paris?  In it, victims took the opportunity to flee after the terrorists’ guns jammed.  The link shows video of the incident.

Weapon malfunctions give victims time to escape.  They also provide opportunities for unarmed victims to violently resist the killer with less danger.  Similar opportunities are presented when shooters reload their empty weapons as well.  In looking at past active shooter events, it is exceedingly rare to find one where the killer didn’t have either a malfunctioning or empty weapon at some point in the engagement.

Take a look at some of the active shooter events in recent history.  The shooter had a malfunctioning or empty gun at some point in every one.

1988- Atlantic Shores Christian School.  Shooter subdued by a teacher after his gun jammed.  He had hundreds more rounds on his person.  “If his gun hadn’t jammed, we would have had an even worse fiasco,”

1994- Fairchild AFB– Gunman stopped to wind the spring of his AK’s 75-round drum magazine.  A live round was discovered on the ground where the shooter stood, likely indicating a malfunction of some sort.

1999- Fort Gibson Middle School– Shot until his 9mm pistol was empty.  At that point he was taken down by a teacher and school safety officer.

2004- Al Rosa Villa Concert shooting– Killer had a malfunction with his Beretta 92 handgun.

2007- NY/NY Casino in Las Vegas- Gunman tackled by bystander while attempting to reload his pistol.  Suspect had more than 100 additional rounds on his person.

2009- NVCC Woodbridge College. Shooter’s rifle jammed after 2 rounds.  “Probably what prevented a further tragedy was that the gun jammed”

2009- Fort Hood Army Base.  Terrorist reloaded several times and had a pistol malfunction

2010- University of Alabama Faculty meeting.  Shooter’s gun jammed and she was locked in a closet by coworkers until police arrived.  “Her gun either jammed or ran out of ammunition.”

2010- Deer Creek Middle School Littleton, Colorado– Teacher tackled the adult male suspect as he reloaded his rifle.  “I noticed that he was working a bolt-action rifle,” he said. “I noticed that and realized that I had time to get him before he could chamber another round.”

2011- Tucson Shooting.  Shooter had to reload and had a jammed gun at one point.  He was tackled as he fumbled an additional reload and was trying to pick his dropped magazine off the ground

2012- Chardon High School, Ohio.  Shooter fired 10 rounds with .22 pistol and then ran out of ammunition

2012- Clackamas Mall in Portland, Oregon– Suspect fired 17 rounds and attempted to reload his AR-15 rifle, but was unable to do so.

2013- Sandy Hook Elementary School– The shooter reloaded several times and live rounds on ground are indicative of malfunctions.  One student (Reichen Posey, age 6) recognized that the killer was reloading and fled.

2013- Ross Twp Pennsylvania Municipal Building- Shooter fired 28 rounds out of a Ruger Mini-14 and ran it dry.  He transitioned to a .44 magnum revolver and continued his attack.

2014- Pacific University in Seattle, Washington– Student safety monitor stopped the shooter by spraying him with pepper spray as he reloaded his double barrel shotgun.  Suspect tried to continue his attack with a knife while being restrained.

2014- Marysville-Pilchuck High School in Washington State- Teacher confronted student as he was reloading, prompting the student to shoot himself.

2015 – Thalys France Train Shooting– Islamic terrorist fired on train passengers until his rifle jammed.  At that point he was tackled and choked out by three traveling Americans.  The shooter was also armed with a 9mm handgun and a box cutter.  He transitioned to the box cutter when his rifle jammed and slashed several people.  His handgun was empty after he was apprehended.

2016- Kansas Lawnmower Plant– Shooter fired weapon until he was out of ammunition.

2016- Orlando Pulse Night Club– Killer reloaded multiple times and had his rifle jam so badly that he spent time on google during the massacre looking for information about how to clear his malfunction.

2016- Townville Elementary School Shooting.  Killer’s .40 pistol malfunctioned after the third shot and he was tackled by a firefighter responding to the scene.

2018- Parkland Florida school shooting- The killer reportedly reloaded with multiple reduced capacity magazines and dumped his rifle when it malfunctioned and he could not make the weapon operable.  The killer reloaded five separate times.

2018- YouTube shooting.  The suspect unloaded her first California-legal 10 round magazine and reloaded at least once.

2018- Tenessee Waffle House shooting.  A victim (who had already been shot) charged the attacker and disarmed him while the attacker was reloading.

2018- Fifth Third Bancorp Cincinnati shooting– Killer’s 9mm handgun jammed, allowing police to maneuver into a position where they could shoot him.

2018- Masontown PA shooting– The shooter’s handgun was jammed for a significant portion of his attack.

2018 Brazil Cathedral Shooting– Victims were able to escape when the killer reloaded.  He also died with an empty/malfunctioning gun.

2019 Brazil School Shooting– One of the killers reloaded his .38 revolver several times, providing opportunities for victims to escape.

2019 New Zealand Mosque Attack– The killer used five guns, firing most of them until they were empty and then discarding them.  The video of the incident also shows at least two AR-15 malfunctions.

2019 Gilroy Garlic Festival Shooting-  Killer’s SKS rifle jammed as he tried to execute some victims he had already shot.

2021 Publix Supermarket Shooting– “The woman jumped on him and Wall’s gun briefly jammed.”

2021 Highland, Georgia bar shooting–  Bystanders disarmed the shooter as he was changing magazines.

2022- Brooklyn Subway shooting.  “His .380 automatic handgun jammed which stopped him from shooting more at the station. “

2022 Laguna Beach Church Shooting– “The pastor hit the gunman with a chair when the shooter paused to reload his weapon.”

2022 St. Louis School Shooting– “I made it out because his gun got jammed.”

There are likely many more occasions when an active shooter’s weapon jammed or ran out of ammunition.

Knowing that active killers often end up with jammed or empty guns really doesn’t affect the response priorities of armed individuals.  If you are armed and within range of an active shooter, your safest course of action will be to shoot the killer as quickly as possible.

If you are unarmed, things get a little more tricky.  Rushing a shooter with a fully functional firearm may or may not be successful.  Seeking cover and waiting for a better resistance (or flight) opportunity when the shooter’s gun stops working is a much safer strategy for most folks.  Knowing how to recognize an unloaded or malfunctioning gun is key. 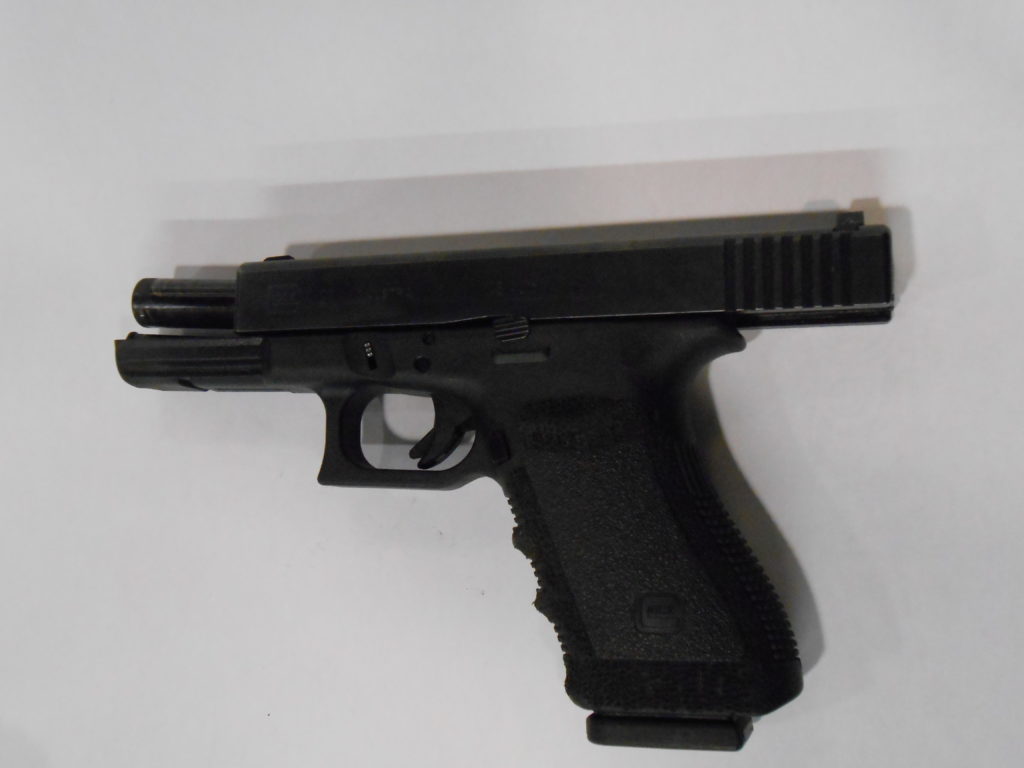 Most modern semi-automatic pistols will look like this (slide locked to the rear) when they are empty. 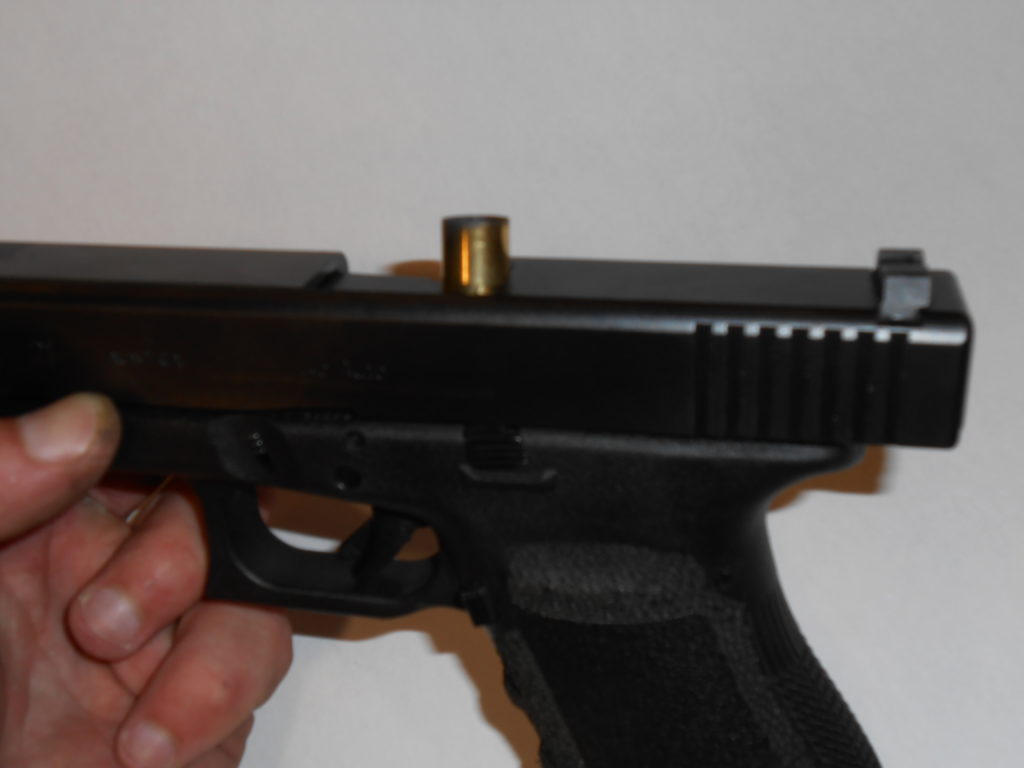 One of the more common handgun malfunctions…often called a “stovepipe”.

Even more importantly, do your children know how to identify jammed or empty guns?  They need that information as well.  Take the time to discuss some response options with your children if they are old enough to understand.  Stress rapid action, either by attacking or escaping, as soon as they notice that an active shooter has a jammed or empty gun.

Here is a short video I made showing what a malfunctioning rifle and pistol look like.   Please share it with your friends and family members who don’t know much about guns.

Making your move when the shooter’s weapon is empty or jammed makes good tactical sense.  Two cautions are in order, however…..

Don’t wait until it’s too late.  Use this strategy only when you have cover or are hidden from the shooter.  If the shooter has you in his sights and is firing, act.  Don’t wait.

Many active shooters  carry more than one weapon.  Be prepared to deal with the shooter attempting to access a backup gun or knife as soon as you attack.  Don’t let your guard down until you are sure the fight is over.