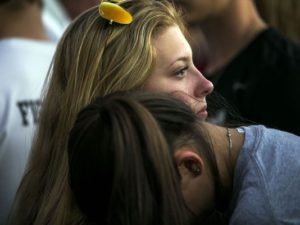 Last week, I wrote about the need for police officers to respond to school fire alarms. This article serves as a good followup. It has an excellent list of best practices for teachers (and students) to follow in the event a fire alarm goes off in a school.  The expert cited here wrote a really good post-Columbine book about school shootings that doesn’t get the press it deserves.

For some more “best practices” to prevent school violence, check out Gavin DeBecker’s Questions for your Child’s School. 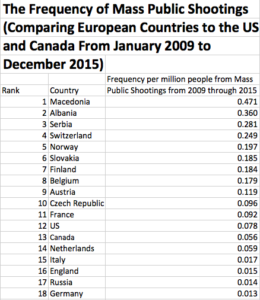 Speaking of school shootings, these statistics are quite telling.  The mass shooting phenomenon is certainly not limited to the United States.

Karl Rehn also has a valuable perspective on the issue of post shooting gun control efforts in Six Reasons You Aren’t Agreeing to More Gun Control. 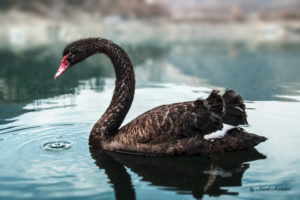 Some very deep thinking about why “Memorial Crime Control” (what has been happening since the Florida school shooting) is misguided and likely harmful.

“Proper understanding of such crimes and their intense impact on public policy is thus an adaptation of Nassim Nicholas Taleb’s ‘Black Swan logic’. In The Black Swan: The Impact of the Highly Improbable, Taleb argues that the most important historic events are unanticipated ﬂukes (‘Black Swans’) that seem unthinkable when they occur, have an ‘‘extreme impact’’, and are, owing to the human tendency to impose interpretive order on even chaotic events, perceived to be explicable in retrospect (Taleb 2007). Under ‘Black Swan Logic’, the most important information is unknown, which is the very reason the ‘Black Swan’ event occurs.

Applying Taleb’s logic to crime and justice in the United States, the ‘Black Swans’ are the rare but horrifying, highly publicized crimes that, because of their ‘‘extreme impact’’ in the form of associated publicity and anger, have disproportionately affected American crime control policy. When we consider the example of child abduction-murder, what could be called ‘‘Black Swan criminology’’ shows us that these unique and tragic crimes result from simple lack of knowledge that a speciﬁc threat was posed, and are quickly followed by public outcry (the massive impact), resulting in memorial crime control legislation (reﬂecting the popularly accepted narrative that the crime ‘‘could have’’ been prevented were it not for a defect in the justice system.)” 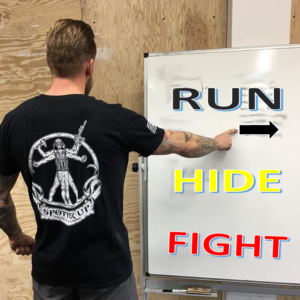 One more school shooting/active killer article for you today.  This one is a brief analysis of the “Run, Hide, Fight” response to an active shooter.  For more on the same topic, read my article Run, Hide, Fight: Not always the Best Active Killer Response.

Cross-Dominant Shooting and How to Overcome It

After all the political articles above, here is a different kind of right vs. left issue. 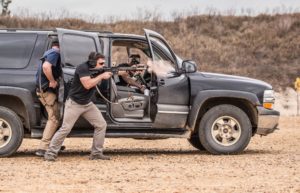 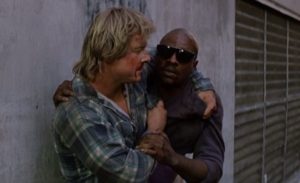 Very good advice to avoid taking an ass-kicking in many different environments.

A classic shooting drill you should try.  Want a drill that is a little easier?  Check out Claude Werner’s “Determining Your Ability” test.  Looking for a rifle shooting drill?  Check out Travis Haley’s 22422. 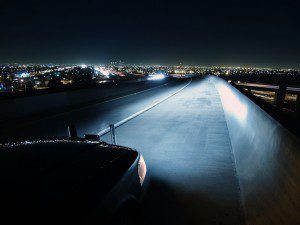 A short article with tremendously useful information about emergency driving. 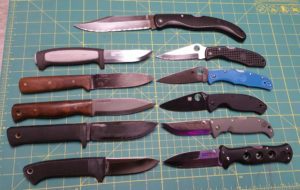 A knife instructor’s advice about choosing an everyday carry blade.

Around the Globe: Tips to Make Your International Travel Safer

This is generally good advice for international travel. but I don’t always agree with the author’s advice to sit in a cab directly behind the driver.

It depends on the situation. In some neighborhoods, cab travel is too expensive for the locals. If they see an obvious passenger, they know that guy has money. In those neighborhoods, sitting up front with the driver makes the locals think he is driving a friend and not a customer with a bunch of cash. That may save you from a robbery attempt.

When sitting in the back, I like sitting opposite the driver. Any carjacking attempts are going to be coming from the driver’s side. Being able to exit with the cover of the car between you and the carjacker is a good thing.

Besides that, your most likely threat in most third world countries is the driver himself. Sitting opposite the driver makes it a lot harder for him to impede your exit should you have to bolt. 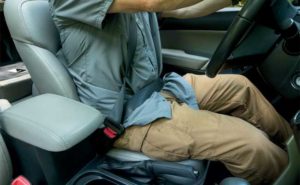 Kyle Lamb discusses some options for dealing with guns and seatbelts.

10 Guns From The Old West You’ve Got To Know

You history buffs will enjoy this one.  Learn about the guns that won the wild west. 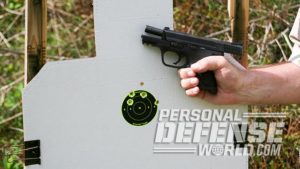 Have you ever shot your short-barreled pistol at long range?  In this article. Massad Ayoob provides a few tips.

“Bottom line: Don’t sell smaller handguns short for long-distance accuracy. Take a hard hold. Smoothly roll the trigger straight back. Get a perfect sight picture and know your trajectory, and no murderous gunman 100 yards away will be safe from the rescuing gunfire you can deliver with your small concealed-carry handgun.” 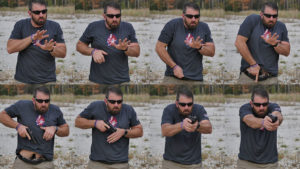 A Retired Cop Makes a Case for Carrying a Backup Gun 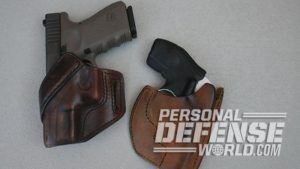 Do you carry a backup gun?  Mike Boyle thinks you should. 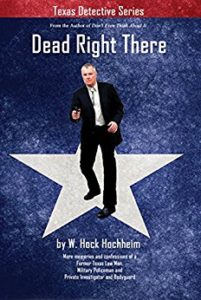 What I’m reading: Lots of people have been bugging me to write a book about my police experiences.  If I did, it would be nowhere near as entertaining as Hock’s writing.  Hock Hochheim was involved in a whole bunch of craziness during his police career.  This is his second book in a series (the first was Don’t Even Think About It) describing daily life as a Texas police detective in the 70s and 80s.  These books are without a doubt the most entertaining police story narratives I’ve ever read.

When You Can’t Use Your Sights, Aim With Your Body 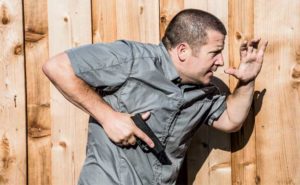 Richard Nance writes about using a body index when shooting from a close quarter retention position.

Choosing A Handgun For Concealed Carry: Factors To Consider

Good information for the beginning handgunner.  For more beginner’s information (that some of you “experts” should probably read too), take a look at Ultimate Guide: How to Shoot a Pistol Accurately.

I get a surprising number of questions about stun guns.  Quick answer?  Worthless.