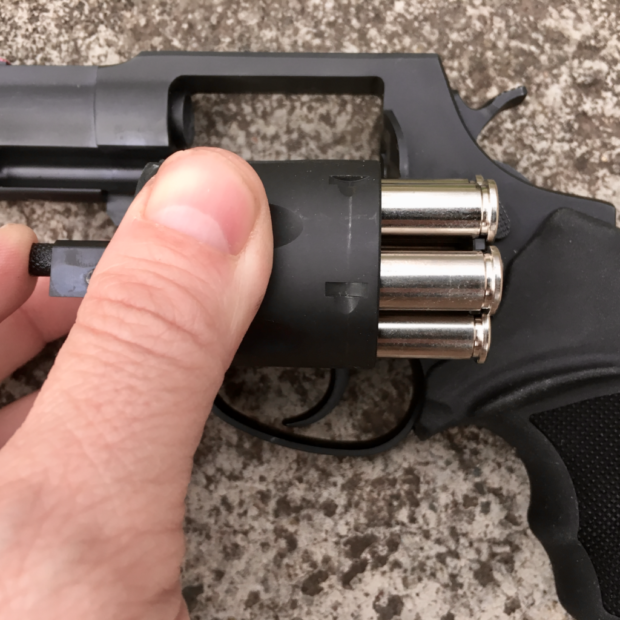 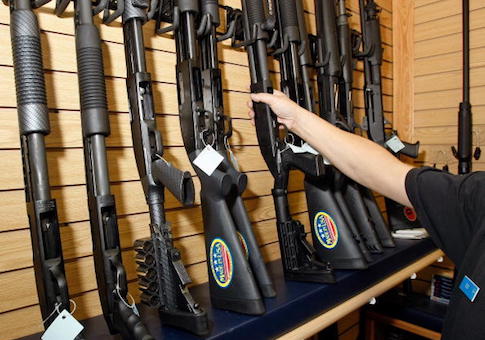 Research that indicates guns used in crime were mostly acquired through the criminal’s friends or family less than two months before the crime.
Thanks to Practical Eschatology for sharing the link.

Percentage of Population with Carry Permits By State 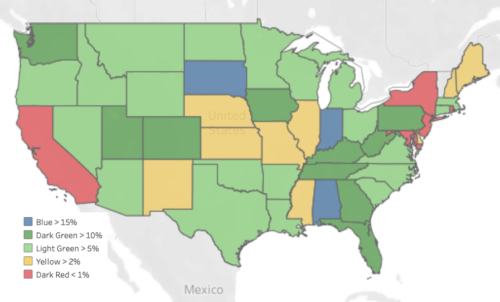 It’s stunning to note the changes we’ve experienced in America during the last two decades.

Birdshot For Home Defense: Too Much, Too Little Or Just Right? 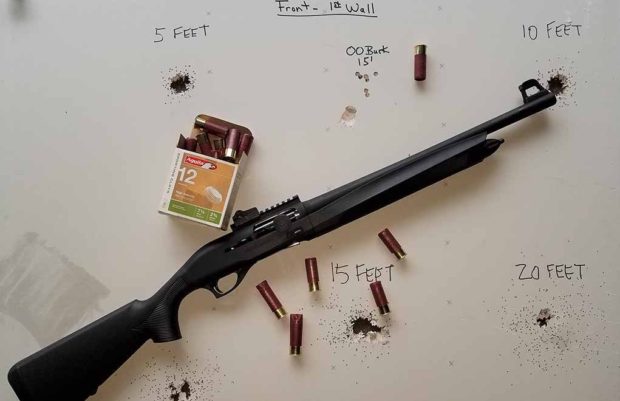 This is very useful ballistic testing information, but I don’t agree with the author’s conclusions.  Please do not use birdshot for home defense.  It may work great within five to ten feet.  That isn’t good enough.  As ranges increase, birdshot becomes exponentially less likely to incapacitate the bad guy.  See Bird Shot for Self Defense and Some Stopping Power Statistics  for additional details.

The Ability to Demonstrate 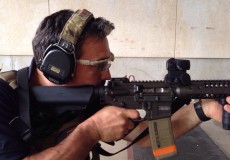 I agree with Jeff’s position here.  Instructors should demonstrate the techniques they are teaching.  I shoot every drill I want my students to do in class.  It is quite simple, most students are visual learners.  They need to SEE the drill performed correctly in order to do it themselves.  Explanations only aren’t enough.  If instructors can’t perform the drill they are teaching on demand in front of the class, they have no business teaching. 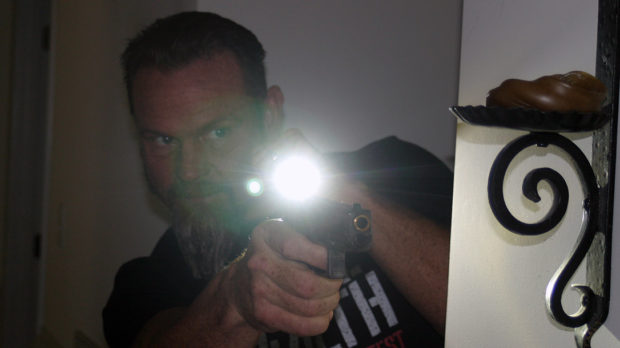 Pat McNamara writes about some important issues regarding real-life defensive flashlight use.  His point about cover is one that many of my readers don’t understand.  Keeping about an arm’s length away from your cover is a good guideline…except when you are working with a flashlight or taking fire from above,

In very low light, we want the light extending beyond the edge of the cover.  That keeps the light bounceback off of nearby walls from illuminating your position or blinding you.

Breaking down Mass Public Shooting data from 1998 though June 2019 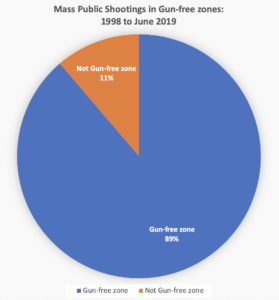 Informative graphs covering some of the characteristics of mass public shootings during the last two decades. 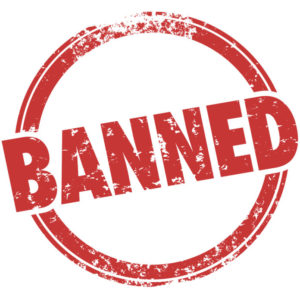 There is an ever-increasing risk of offending our digital overlords and being “deplatformed” if one produces content that someone doesn’t like.

I was listening to a podcast at work last week. The author being interviewed stressed the importance of having your own platform (ie your own website, podcast, etc) and not producing your content on the large social media sites like Twitter and Facebook.

He predicted that as more and more people become deplatformed, the large social media outlets will become less popular (at least within the more intelligent members of the population) and that the smarter people will go back to getting their news by visiting individual websites, getting email updates, or using RSS feeds.

He predicted that Facebook/Twitter would be primarily populated by the lazy or unintelligent members of the population who really don’t care what “news” they get fed.

Why You Hate Work 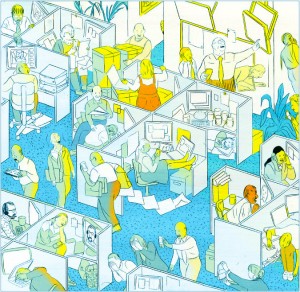 “We often ask senior leaders a simple question: If your employees feel more energized, valued, focused and purposeful, do they perform better? Not surprisingly, the answer is almost always “Yes.” Next we ask, “So how much do you invest in meeting those needs?” An uncomfortable silence typically ensues.”

Much Ado About Ejector Rod Length

You revolver shooters will appreciate this thorough examination of ejector rod lengths and the implications of having either a longer or shorter ejector rod. 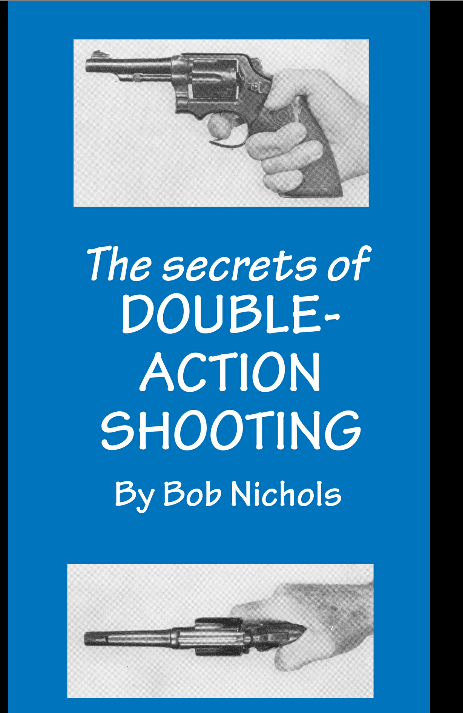 Even more revolver goodness.  In this article Karl authoritatively describes the prevailing wisdom for shooting double action revolvers pre-1950.  The hardcover editions of this masterpiece are going for around $250.  Fortunately there is a far cheaper Kindle version at Amazon.

Getting more out of your Snub’s Sights 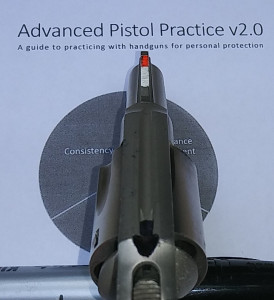 One final revolver article for you today.  Most of you who carry snubs would see genuine improvement in your shooting if you follow Claude’s advice. 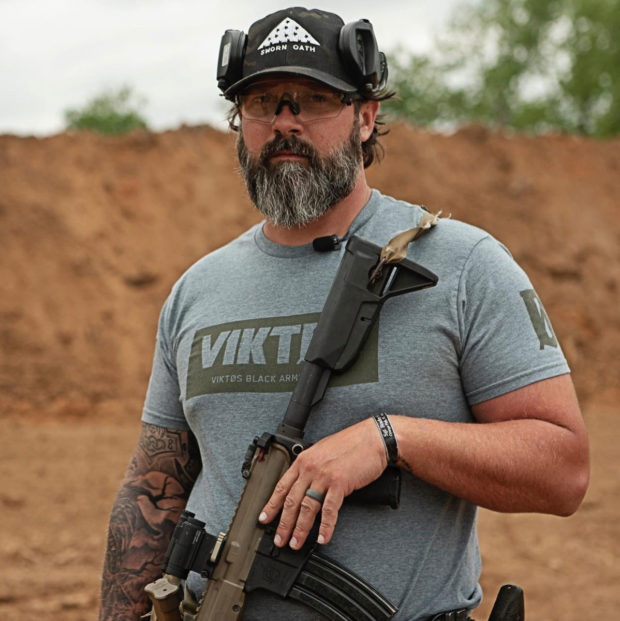 Jared Reston is a cop and trainer who has been involved in four on-duty shootings.  In one of those shootings he was shot seven times by an attacker firing a .45 Glock.  This interview provides Jared’s valuable perspective on training in general and the use of the AR-15 rifle in particular.

Practice with Back Up Guns 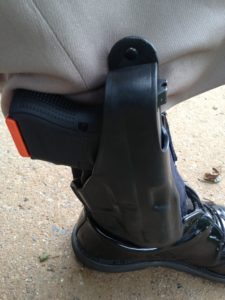 An often overlooked skill to practice…drawing and shooting a backup gun from the position it is normally carried.  Not many cops do it regularly.  Here’s an easy suggestion:  Strap on your backup gun during your shooting practice sessions.  When doing drills with the primary handgun, draw and finish the drill with the backup gun whenever you run completely out of ammo.  One of the reasons you might transition to your backup is when your primary is completely out of ammo.  Why not program that response and get some practice rounds with your backup at the same time?

The Case for Laser Sighting 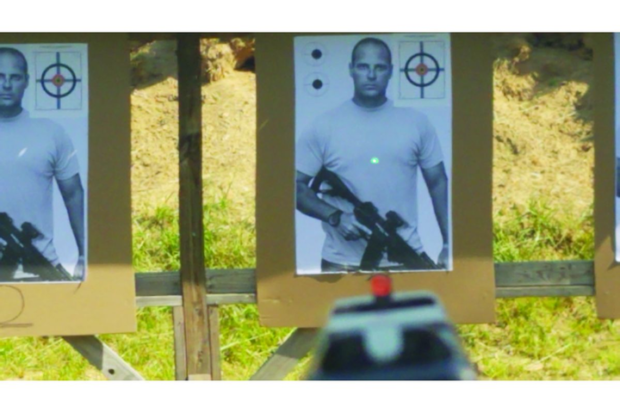 Some laser sight uses you may not have considered.  Interestingly enough, I was in the exact same 2005 ILEEATA laser sight instructor that the author mentions.

BATTLE SIGHT ZERO (BZO): Who has it right? 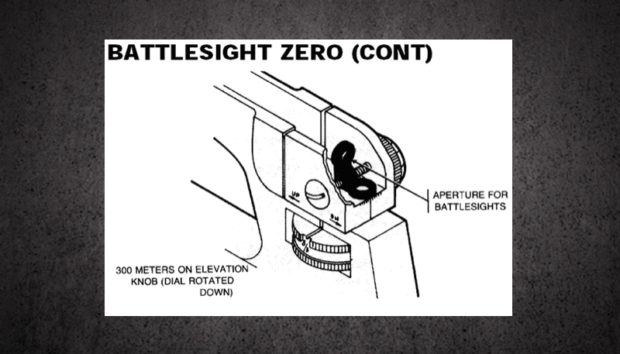 Probably the single most authoritative work I’ve read about zeroing AR-15 rifles with open sights.  My ARs are all zeroed at 50 meters as the author suggests.  I zero my sniper rifles at 100 meters.

Laziness Does Not Exist 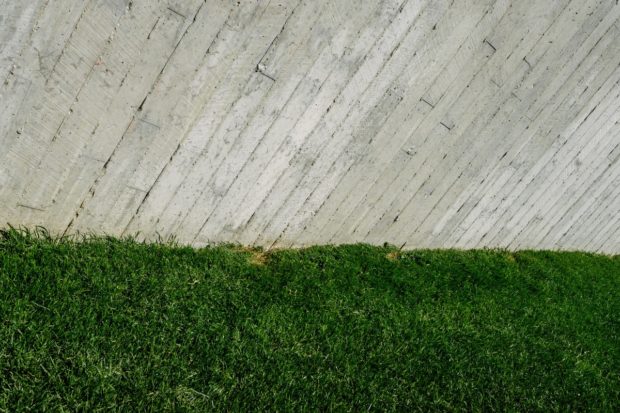 A valuable contrarian perspective about the idea of “laziness.”

“If a person’s behavior doesn’t make sense to you, it is because you are missing a part of their context. It’s that simple…

No psychology class, at any level, taught me that. But now that it is a lens that I have, I find myself applying it to all kinds of behaviors that are mistaken for signs of moral failure — and I’ve yet to find one that can’t be explained and empathized with.”

What is the Probability of a Nuclear War? 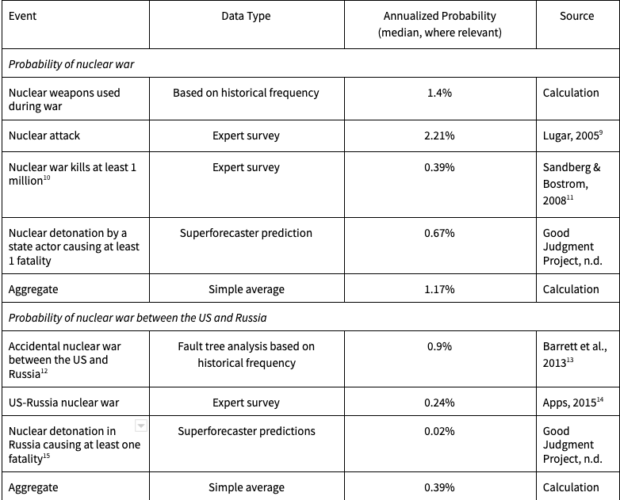 Be Dangerous But Disciplined

“You don’t make men safe by making them weak.”

APPENDIX CARRY: IS IT RIGHT FOR ME? 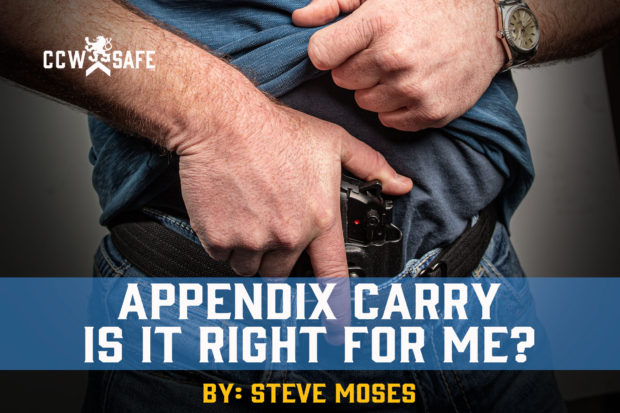 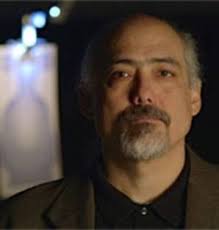 Marcus relates a tale about how “soft skills” won the day.

Don’t Be Either One Of These Road Rage Dummies

It’s baffling to me to see grown men acting like this.  No matter how illogical traffic disputes can be, we get road rage calls at least weekly at my police department.  There are a lot of people living a life filled with anger and hostility.  When two people like that meet, one of them might end up dead.  This video highlights the fact that many people completely lack any type of impulse control.

Do you think that guy expected to have been dragged a mile down the road when he got out with the bat?  A lack of emotional control combined with becoming involved in stupid confrontations gives funeral homes a lot of business.

The Changing Face Of The Industry 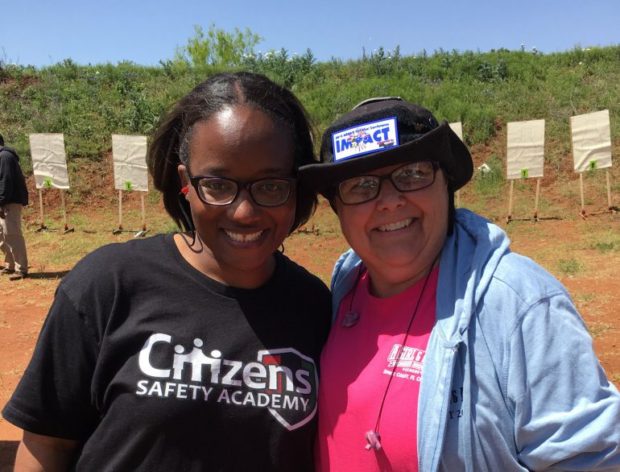 A very good interview with my friend Tiffany about how the demographic and psychological descriptors of the “gun culture” have changed in recent years.  Have you embraced this change?

If not, you may be inadvertently contributing to the loss of our Second Amendment rights.  If we want to keep our guns, we must recognize that the people who use guns today look very different from the old, white, male hunters of yesteryear.  We need to embrace the “gun curious” and bring them into our fold (even if they don’t look like us) if we want to keep the right to keep and bear arms in this nation.

If you liked Tiffany’s interview you might also like this excellent interview with Jonathan Haidt.  This interview has absolutely nothing to do with guns.  It does, however, dig deeply into how we psychologically categorize people as “enemies.”  He also explains “call out culture” and the social implications inherent in the system.  If you are a deep thinker, I believe you’ll enjoy the dialogue.

The Process is the Punishment 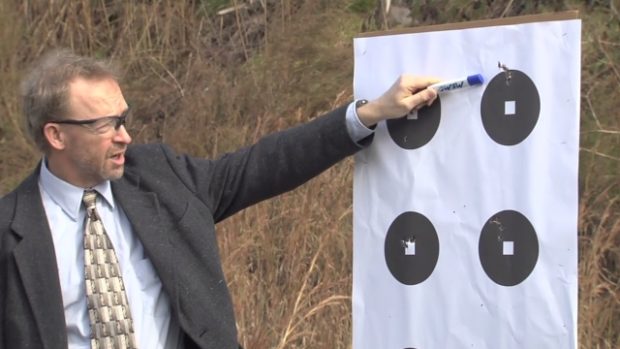 “Call 911, stay inside, and be a good witness. There is rarely any good reason for a Private Citizen to leave their home to do an investigation. The potential for a Negative Outcome is high and there is no upside for doing so.”

20 Helpful Tips For The Squat 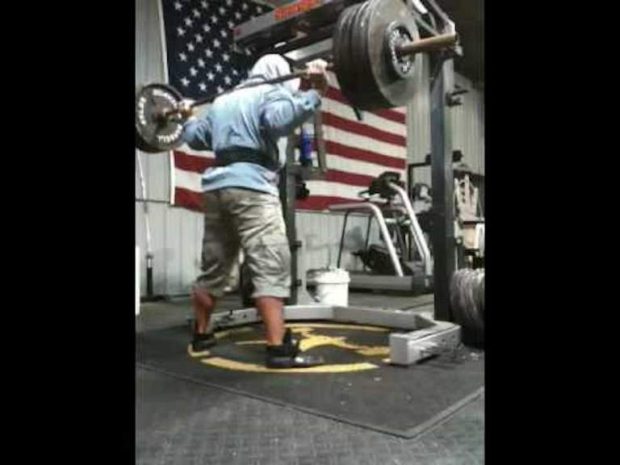 Some excellent squatting tips for all of you who like to hit the iron. 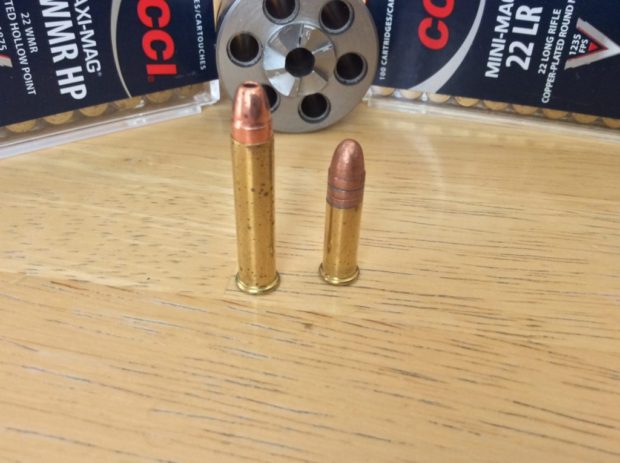 Please don’t do this.  While it’s possible to fire .22 LR rounds in a .22 Mag cylinder, both ignition and accuracy will suffer.  You can also seriously damage yourself and the gun.  Don’t shoot long rifles in your magnum unless you are facing a life threatening emergency with no other option. 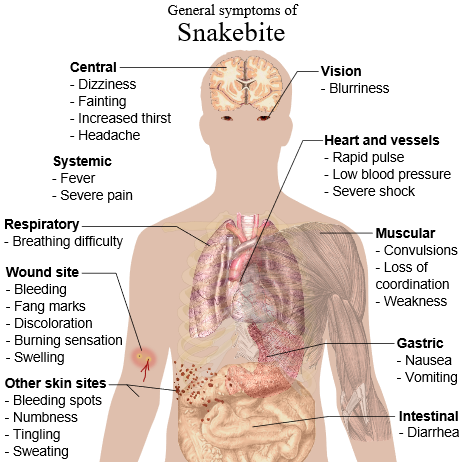 I get a lot of questions about snake bites in my medical classes.  Did you know that only about five people a year die from snakebites in the USA?  It’s not really a topic to worry about, but this article will give you the basics of treating a snakebite.  Please recognize that in other parts of the world, a pressure immobilization technique would be appropriate because each snake’s venom effects are different.

I think more people would benefit by paying closer attention to tick bite first aid than from learning technical details on snakebite care.

How Effective is Pistol Ammo at 100 Yards?

The Cliff’s Notes version is that the heavier bullets in each caliber performed best at longer ranges. 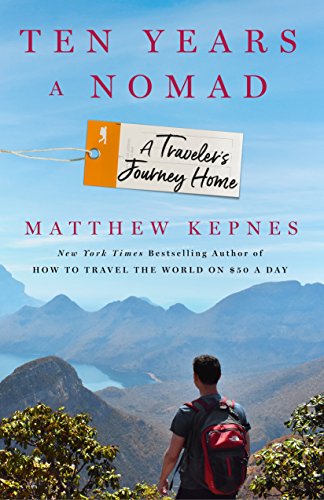 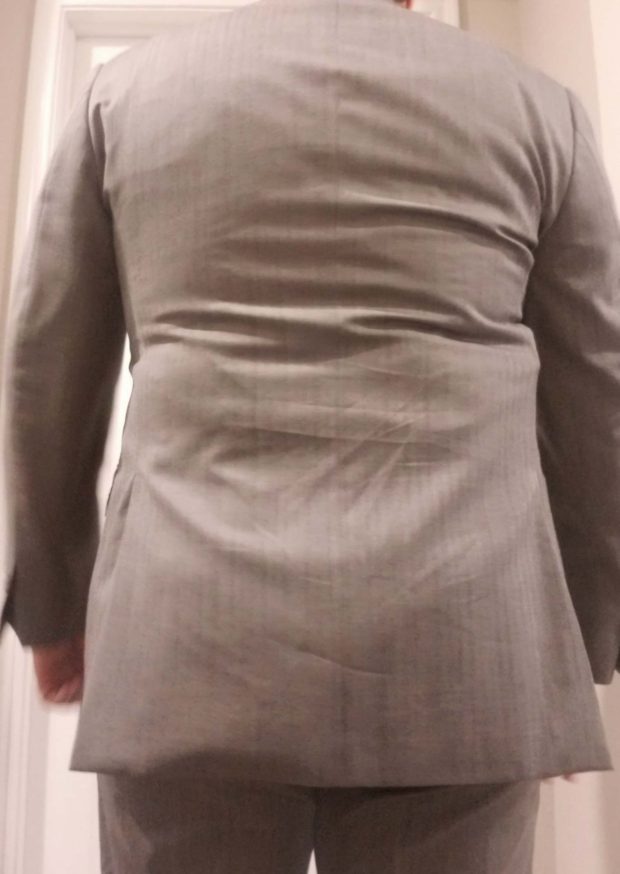 A look at how poorly many firearms concealment options work when you are wearing a tailored suit.  For some ideas about how to do it better, check out Part 10 of the author’s series. 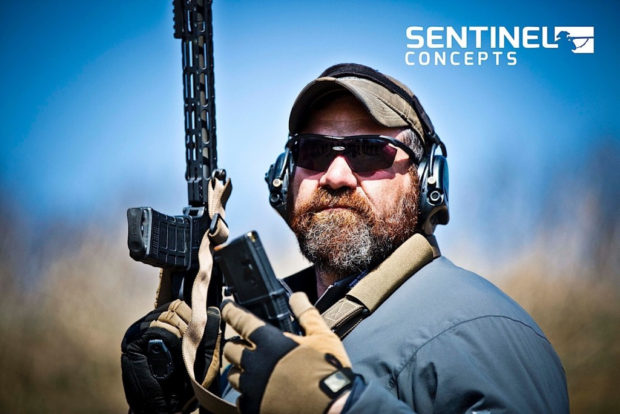 Some incredibly valuable AR-15 information from Steve Fisher.  You should also check out his Q&A interview on the same site. 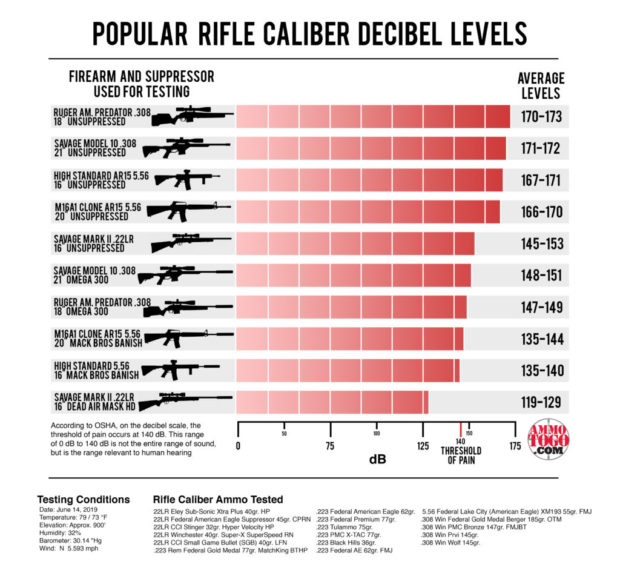 An incredibly useful piece of research that demonstrates that “silencers” aren’t as silent as many people expect them to be.