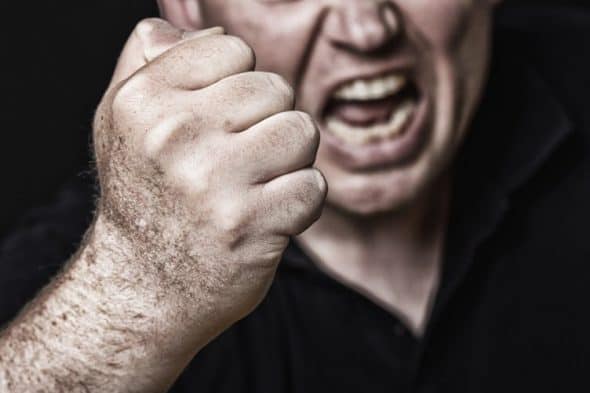 Proof of Real Evil in the World

When dealing with an “unknown contact,” it’s best to keep your hands out of your pockets.  If you get taken to the ground and your attacker remains standing, cover up your melon.

How to Grow the Fuck Up: A Guide to Humans 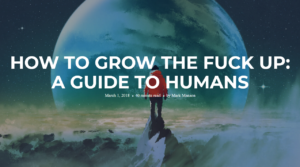 “There’s only one way to threaten a democratic system: by demanding one’s own desires and pleasures are more important than anyone else’s. That is, by being childish.

Extremists are dangerous because they know how to dress up their childish values in the language of transaction or universal principle. A right-wing extremist will claim he desires “freedom” above all else and that he’s willing to make sacrifices for that freedom. But what he really means is that he wants freedom from any other values. He wants freedom from having to deal with change or the marginalization of other people. He wants the freedom to pursue his own impulses and desires.

I would also recommend the author’s book The Subtle Art of Not Giving a F*ck.

Study: Police Use of Force Rare 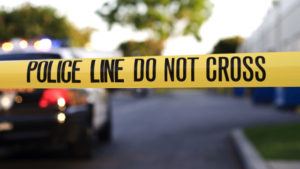 A large study reviewing more than a million police calls.  What did it find?

“In reviewing 1.04 million calls for service received by three mid-size police departments in three states over a two-year period, the researchers found 893 use-of-force incidents, which represented 0.086 percent (1 in 1,167) of all calls and 0.78 percent (1 in 128) of the 114,064 calls that resulted in criminal arrests.” 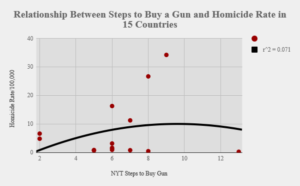 Want some more statistics?  Ease of purchasing guns does not correlate well with either murder or suicide rates across 15 different countries.

One more interesting study here: Firearms injuries drop when the NRA has a national convention.  Gun owners attending the NRA show aren’t shooting their guns (or themselves). 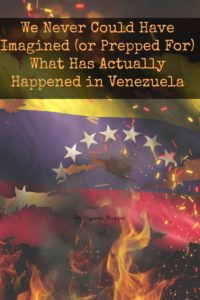 A current resident of Venezuela talks about the economic collapse and the items he wish he would have stockpiled.  It’s an interesting list.

The Gentlemen & The Roughs 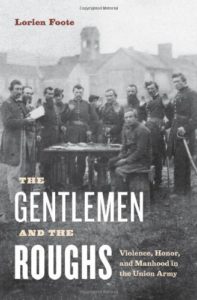 A short (18 minute) podcast interview with Dr. Lorien Foote. In it, she describes how the concept of honor varied between the elites and the commoners during the Civil War. Students of the combative arts should pay attention to her description of how the “roughs” dealt with any type of social insult or affront. You can expect a very similar reaction (based on a somewhat similar “code”) from the disaffected urban youth who choose to victimize you.

Behind The Wheel: Introduction 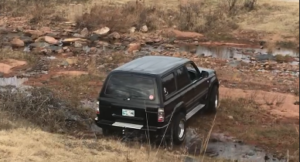 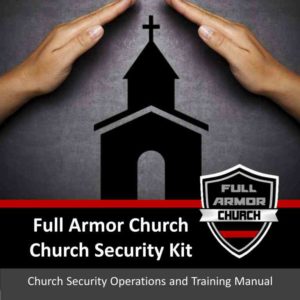 I’ve written a lot about carrying weapons in a “non-permissive environment.”  One of my go-to strategies is to carry a ceramic or polymer blade that doesn’t set off metal detectors in such a venue.  If you choose to do something similar, make sure that your chosen defensive weapon doesn’t inadvertently set off a metal detector (even if it has no metal).

I think it’s worth spending $25 to buy a metal detecting wand like they use in many “secured” facilities so that you can check each of your weapons before trying to take them through a walk through metal detector or “security screening.”   Your knife may not be “metal,” but it may be conductive enough to set off the metal detector anyway.  General disclaimer: Don’t break any laws by carrying something that you shouldn’t be carrying. 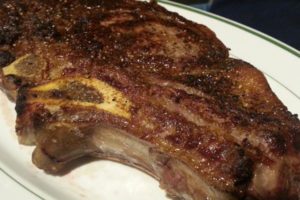 Mark Rippetoe sets everyone straight on the issue of dietary protein.

Inside an accused school shooter’s mind: 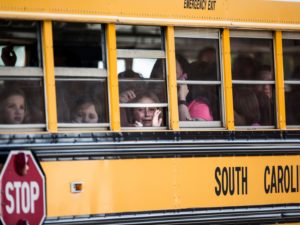 If you are interested in school shootings, this is a good read. Lots of details about the 2016 Townville Elementary School playground shooting and the killer who perpetrated it.

Some things to note:

-Killer purposely chose a school with no armed security or police on site and a relatively long (15 minute) police response time.

-He initiated the attack from OUTSIDE, by shooting into a classroom window. Very few schools are practicing how to deal with this type of attack.

-He had plans to kill a teacher and take her keys in order to defeat the lockdown he knew the shooting would trigger.

-His gun malfunctioned on his second shot at the school and he was tackled and disarmed by an off-duty fireman who heard the shots being fired.

-He planned the attack for two years and made many comments on YouTube and other websites about his intentions to murder school children.

– He was looking for notoriety, trying to kill 50-60 people so that he could “outdo” other famous school killers.

The Hidden Advantage of Shooting Revolvers

One of the reasons that I shoot my revolvers several times a month.

Under a Tell-Tale Sky: After the EMP 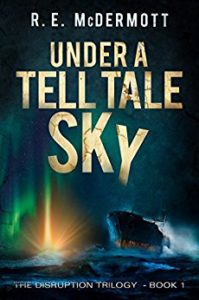 This is a slightly different take on doomsday fiction and follows several groups of people coping with an EMP after several large coronal mass ejections. 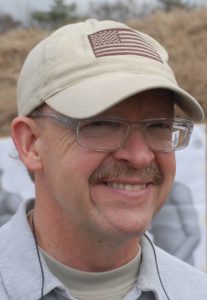 A very unique perspective on the issue of situational awareness from Claude Werner in this month’s Armed Citizen’s Legal Defense Network journal.  ACLDN is the only self defense “insurance” program that I belong to.  While others are likely pretty good, I find the value that ACLDN provides is exceptional and the organization is run by very trustworthy friends.

Mickey from Carry Trainer does an excellent video covering the issue of squib loads.  A lot of shooters don’t know about squibs and they risk damaging themselves or their firearm if they fire another round when a squib blocks the barrel.  Watch the video to the end to see and hear the difference between the firing of regular ammunition and a couple different low powered squibs. 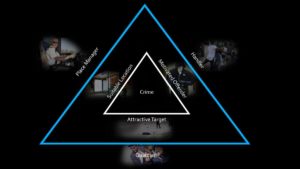 The “crime triangle” is a very useful model for explaining how a crime is perpetrated and what efforts one can take to prevent criminal victimization. 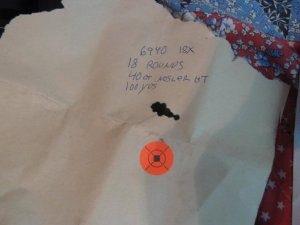 We know that shooting heavy or long bullets in a slow twist (1:12) AR-style rifle will cause key-holing and a dramatic loss of accuracy. The conventional wisdom of doing the opposite (shooting light bullets in a fast twist rifle) would cause similar results. The folks at Loose Rounds disagree and have the target to prove it.

I really think there is a lot of individual variability between guns. I’ve seen lots of guns that were able to shoot bullets they shouldn’t have been able to shoot. My best advice is to buy a box and try it for yourself. 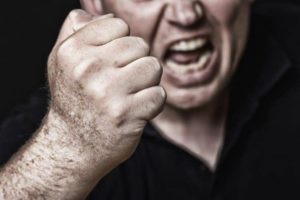 “Our experience is that lower levels of force applied decisively are more effective than higher levels of force applied emotionally. Aggression is a very easy trip to the land of excessive force and decisiveness is not. When you decide, you are in control, when you react with emotion, you are riding a train that is not driven by your rational mind.

Essentially, decisiveness may not be accessible to novices and so there is some utility in emphasizing aggressiveness and rage. However, it is only a doorway to reach the ability to be decisive. Decisiveness gives you all of the benefits of aggression without the pitfalls.” 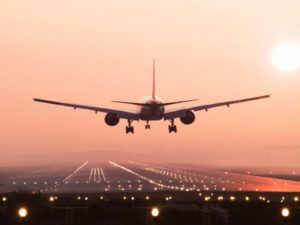 I travel internationally quite a bit, but I’ve never traveled outside the country with a gun.  This article provides a good outline of the procedures you need to follow to stay out of jail. 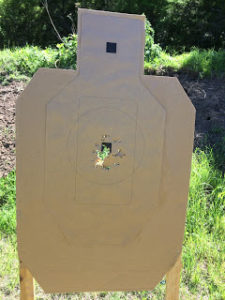 An informative, long-form article that digs into the concept of “deliberate practice.”

Tom Givens’ newsletters are always packed full of useful information.  Pay special attention to the article in this edition where Tom discusses the statistics from the gunfights that 66 of his students experienced.

Speaking of Rangemaster, I hope to see some of you at the Rangemaster Tactical Conference in Little Rock next weekend.  If we haven’t met, please introduce yourself.

In Honor Of Peter Wang

Marcus Wynne talks about some basic questions he uses to evaluate school security and gives an example of the specific tactics he recommended as a consultant to a school with a particular risk profile for a terrorist attack.