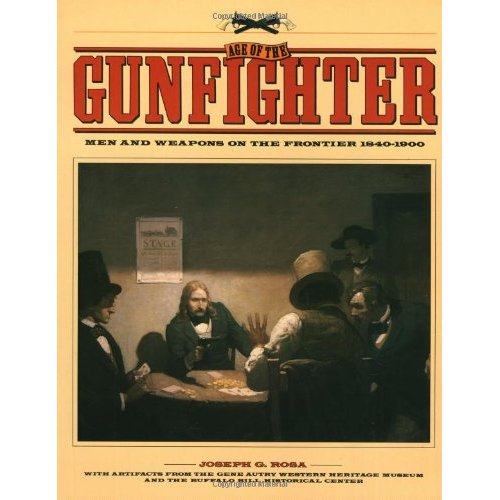 I’ve written a lot recently about the history of firearms instruction.   That topic has only existed for about the last 100 years.  Formal weapons training most certainly existed earlier, but it was pre-Civil War and reserved for the luxury class.

Between the end of the US Civil War and the 1920’s there was very little formal firearms training available.  People had to learn from a knowledgeable acquaintance or be forced to slowly learn the painful lessons from their own experiences.

They had skills but they weren’t graduates of a formal shooting program.  Most learned through personal life experience instead.  We are all lucky that many of these gunfighters publicized their feats through early books and magazine/newspaper articles.  We can learn a lot from those publications.

The nature of gunfighting hasn’t changed much since the advent of cartridge firing pistols.  Gunfights today tend to share the same characteristics as gunfights nearly 150 years ago….close ranges, surprise, darkness, moving shooters, and a relatively limited number of shots fired.

The one big difference between today and the days of the old west is the FREQUENCY of gunfights.  In a relatively lawless land, people were forced to use their guns much more often than people do now.  Today, a police officer in the United States has about a 5% chance of ever having to shoot his gun during his entire career.  Most cops will never get into a gunfight.  It was rare to find an old west lawman without at least a couple of the proverbial notches in the grips of his revolver.

The experiences of old west lawmen and outlaws have been chronicled by numerous sources, some more accurate than others.  When one reads the best of the detailed gunfight accounts, it is not difficult to imagine similar events happening today.  Smart folks will draw on the numerous experiences of the old west gunfighters to learn lessons that are valuable even today.  The problem that most of us face is trying to separate the true and accurate accounts from the dime-novel accounts that are so prevalent. 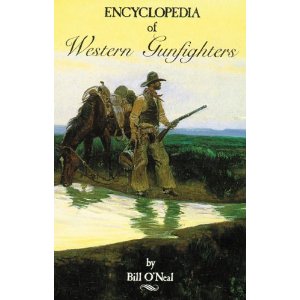 This book contains short descriptions of all of the historical gunfight records from 255 old west gunfighters.  There are a few factual errors, but most of the information is accurate.  It is written in the style of an encyclopedia (hence the name) with individual alphabetical entries for every gunfighter imaginable. 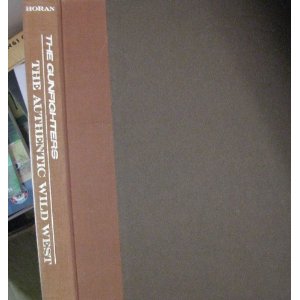 The Authentic Wild West: The Gunfighters by James Horan

Long out of print (published in 1976) but still available as a relatively inexpensive used book, it provides accounts from contemporary eyewitnesses of more than 200 gunfights. 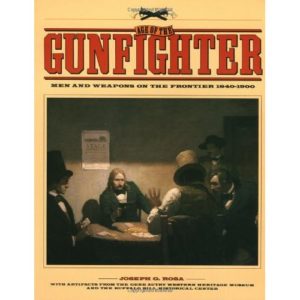 Age of the Gunfighter: Men and Weapons on the Frontier, 1840-1900 by Joseph Rosa

This is a great starting book, as the text provides an excellent overview of the old west gunfighters.  Where it really shines, however, is in its photographs.  This book has the best pictures of guns and gunfighters that has ever been assembled. 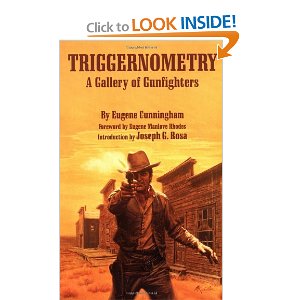 Triggernometry: A Gallery of Gunfighters by Eugene Cunningham

Originally published in 1934, this book was one of the first to chronicle the history of the gunfighter.  It contains biographies of nearly 20 old west gunmen and an excellent final chapter specifically about weapons and tactics.

The Gunfighter: Man or Myth? 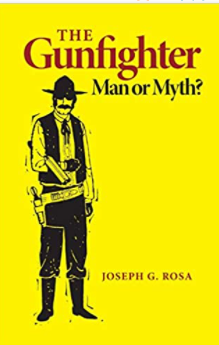 This book provides brief accounts of dozens of gunfights, but its real strength lies in its attempt to describe the gunfighters’ motivations and mental processes and place them into the proper context given the societal conditions of the time.  It also has a couple of good chapters on guns, holsters, and tactics.

There you have it, five books that will further your combative education.  There are lots of lessons to be learned from these accounts.  If you believe in the adage: “If you want to find something new, read an old book!”, these are the best “old books” to analyze.

If you would like some more reading ideas, check out my Recommended Reading Page.