There are more competent firearms instructors teaching quality classes than ever before in human history.  None of us has a corner on the market.  Just like I’ve trained with dozens of top instructors over the years, my students will also train with other teachers.  That’s a good thing.

In my view, steering our students towards other high quality instructors is one of our jobs in this industry.  We know our students will train with other instructors.  It’s up to us to point them in the right direction and steer them towards the good instructors and away from the industry trash.

I am doing a series of articles interviewing trainers from whom I’ve personally taken classes.  These trainers may not be the people who you see every day in your Facebook and Instagram feeds.  They may not be the “cool” folks to train with, but they teach quality classes and I can personally vouch for their knowledge and skills.  These are the folks with whom you should be spending your training dollars.

This edition of “Trainers You Should Know” features John Murphy.  I met John when he hosted a couple of my classes about six years ago.  I got to know him very well and have taken several of his classes at various large training conferences where we’ve both been invited to teach. 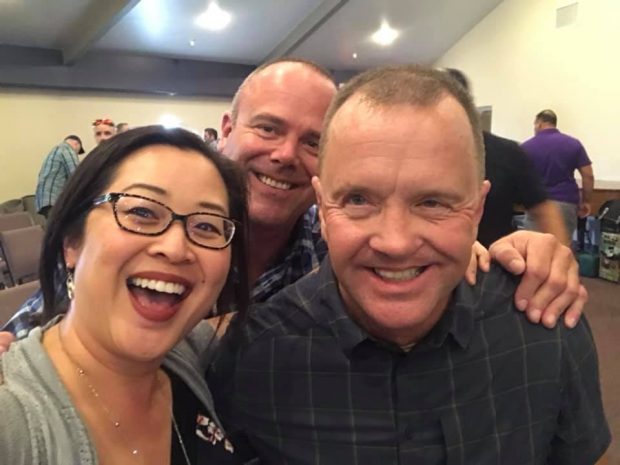 Julie Park, John, and I at a recent Massad Ayoob Group class

John has a background as a Marine and a career working in national security for the federal government.  He is the first to admit that his professional background was not the source of most of the curriculum he teaches.  His primary skills come from the time and money he has spent training with the best experts in the industry over the past two decades.

John teaches some very unique courses.  He is the top instructor in the business for teaching the first formal class a person takes after getting a state concealed carry permit.  John’s classes contain best practice “next steps” for either the beginning shooter or for more experienced shooters looking to expand their defensive skills beyond the gun.

He’s one of the few instructors in the business who integrate verbal commands, the use of pepper spray, and tactical medical skills into his training program.  That balance of skill sets is exactly what the new concealed carrier needs.

As an intro to what John does, I would highly recommend that everyone watch his complete concealed carry lecture series on YouTube.  It’s some of the best firearms and self-defense education around.

I asked John some questions and he provided some incredibly informative answers.

Greg- Could you explain a little bit about your background and what trainers have had the most influence on your teaching?

“Sure!  I am just a small-town boy from Northern Michigan who ended up in the Marines after a finding out that college wasn’t for me.  (If only my GPA were as high as my blood alcohol content!)  After leaving the Corps I kicked around a bit and fell in with a group of serious defensive practitioners outside of DC and was influenced by a mutual friend of ours, Gary Greco.  I discovered that I have an aptitude for teaching and a passion for helping good people take care of themselves.

I sought out industry leading shooting and self-defense instructors to expand my knowledge and skill sets and things have snowballed from there. Now I am retiring from the Federal government and moving into an RV I’ve named “Maslow” and will be taking my Concealed Carry: Street Encounter Skills and Tactics class  all around the country in 2021.

As far as formative influences, the first instructor I had outside of the military who put me down the path I am now on was John Farnam, who introduced me to the fact that real self-defense involves much more than just shooting, you may actually have to talk to someone!  For a Marine, that was quite a revelation!

Kelly McCann refined this realization when I took his Individual Protective Measures Course.  He introduced the concept of integrating combatives with firearms and knives, as well as knowledge of pre-assault indicators.  Pat Rogers’ tutelage instilled the “get it done” mindset, and I have been very fortunate in being actively mentored by Tom Givens who really put all this into the proper context for citizens.  There have been many others that have had significant influence on my pedagogy, but those are the Big Four.” 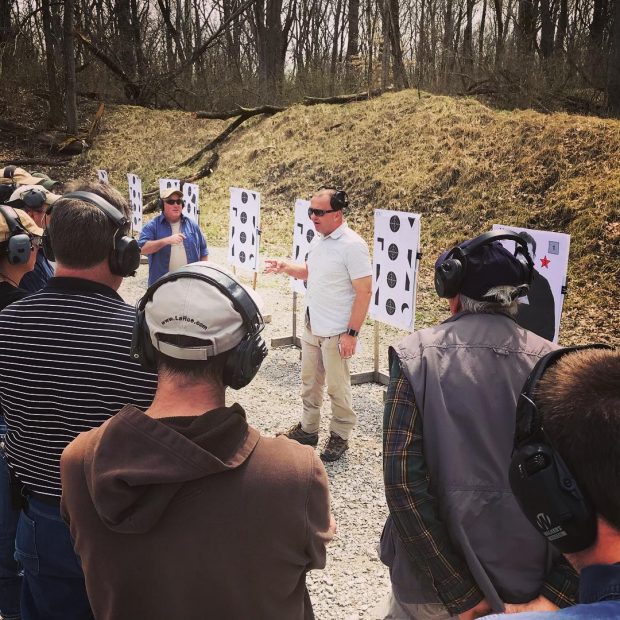 Greg- What is your philosophy regarding skill acquisition?

“To be what I call an “effective armed citizen”, a person must possess cross-domain skill sets that support our goal of just…getting home.  Not enforcing the law, not inflicting our will upon others…just going home. There is so much to the adoption of this lifestyle beyond simply carrying a pistol that most people do not appreciate.  (And judging by many of the choices featured in your “Don’t Dig the Rig” series some people are having a hard time making informed decisions there, too!)

It should all begin with a very honest self-assessment devoid from fear driven by the latest crime headlines.  People need to know themselves from a physical, and most importantly, mental, perspective and proceed with a realistic assessment of the risks they face and their willingness to commit.

Then relevant skills need to layered on, from highest utility soft skills, like managing a street encounter or stopping bleeding, to skills of the highest consequence, such as the use of lethal force.  Unfortunately, most people take the minimum training required.  They are influenced by well-meaning but ill-informed people.  They end up with what our friend Claude Werner refers to as “negative outcomes” due to not being properly prepared.

The other end of that spectrum is that people tend to gravitate towards really fun, shooting-centric type classes and proceed under the false impression that is all they need.  And while they become excellent shooters they lack the ancillary pre-incident skills to avoid conflict and the post-incident capacity to deal with the aftermath, again with negative outcomes.” 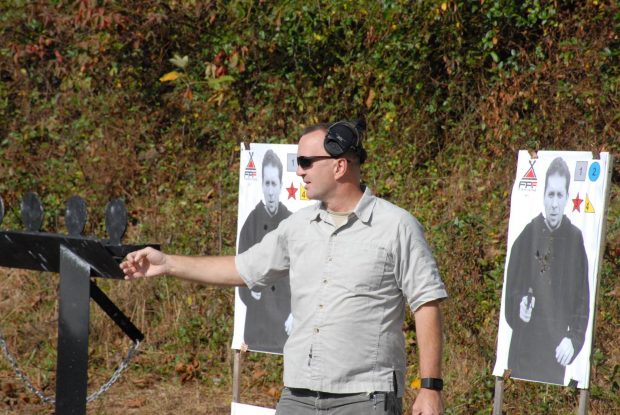 Greg- What do you see as the biggest problem people have to overcome in the realm of self-defense?

“Fear.  Fear of failure in front of peers and strangers.   Fear of being revealed as something other than the Super Hero they think they are.  Fear of learning that a time-honored technique or pistol fails under pressure.   I’ve experienced it myself, but at some point you have to recognize that you must fail in order to grow, and get over yourself.  Progress is frequently measured with pain.

The next issue would be profound ignorance.  People just don’t know what they don’t know, and that knowledge gap can be absolutely devastating.” 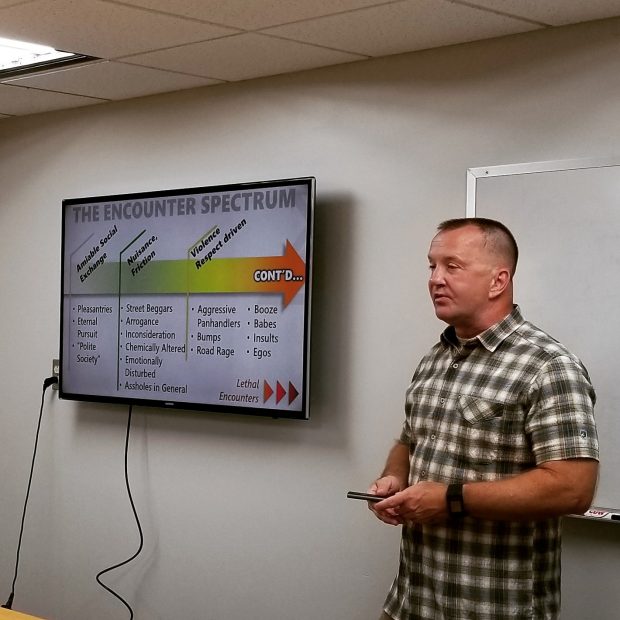 Greg- How is your training curriculum unique from other trainers in the industry?  What do you do best?

“My forte is curriculum development and delivery that provides people bite-sized chunks of relevant, high-impact skills, and then forges those links into pre-assembled sets that can be employed across the scope of the situations they are likely to face  “Skills in context” is my tag line.” 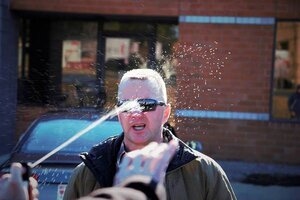 Greg- How do you see the future of the training industry developing?

“There are going to be many factors influencing the future of the training industry.  In the near term, ammunition shortages are going to force course of fire redesigns, which, may actually be something of a good thing.  I think that your prognostications regarding the future of policing in this country are going to be proven true, and more people will recognize that they are, in fact, on their own, and they will seek training.  As the market expands, we’ll see more instructors seeking to fill that void.  It will be the best of times, and the worst of times.”

Greg- Are there any additional trainers, books, or videos you would recommend to students for future study?

David Spaulding puts on an excellent course, as do Lee Weems and Spencer Keepers. 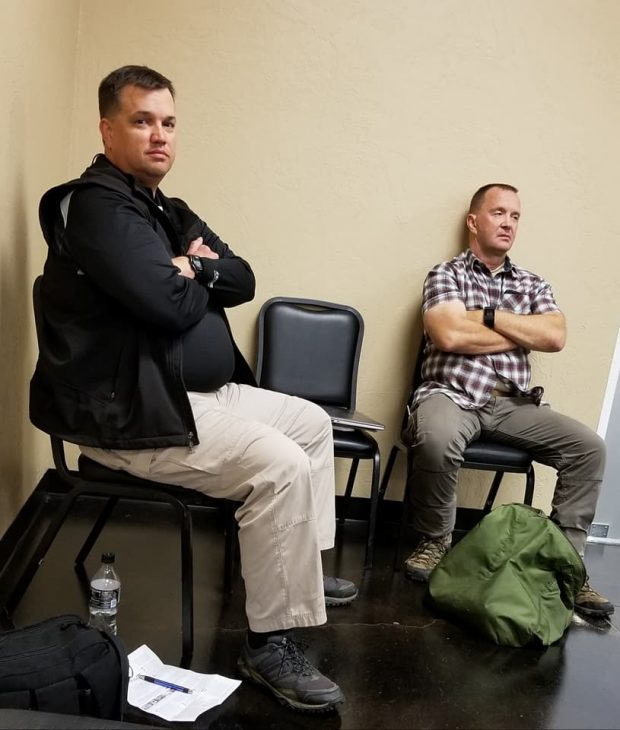 John is not being detained by Chief Lee Weems

Tim Chandler and his crew at Justified Defensive Concepts does great work, as do Tim Herron and Gabe White.

Seek out medical training from professionals like Caleb Causey of Lone Star Medics.  Craig Douglas, Cecil Burch and Paul Sharp for combatives.  Oh, and this Ellifritz fellow seems to have a clue or two as well across a broad spectrum of issues.” 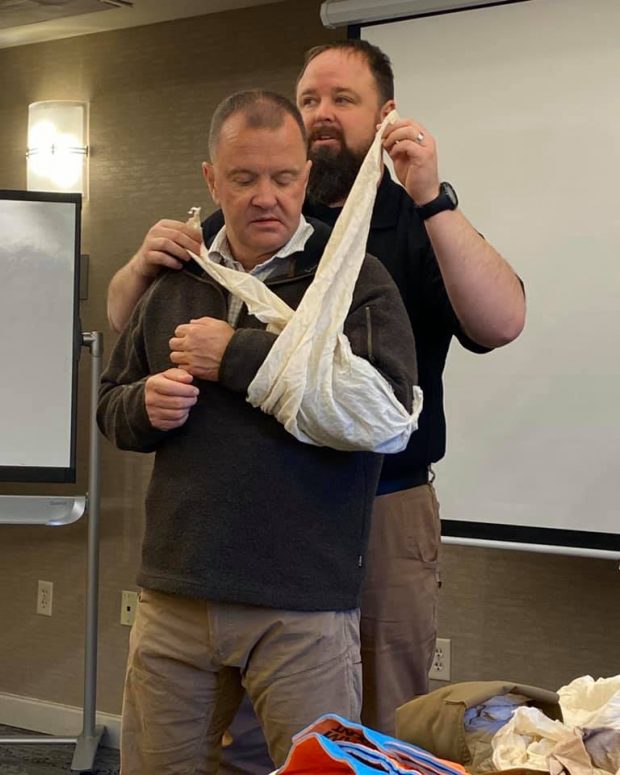 For reading, “The Little Black Book of Violence”,  “Straight Talk on Armed Self-Defense” and “Deadly Force Encounters” should form the foundation of any defensive minded citizen’s library. 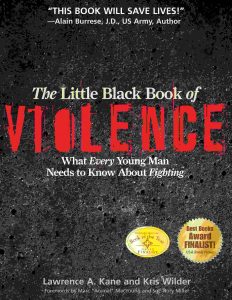 For podcasts, “Civilian Carry Radio” is a favorite, as is “Ballistic Radio”.  Also out there is “Slingin’ Lead.”  And definitely seek out the late William Aprill’s videos that are being hosted by the Personal Defense Network to gain insight into criminal psychology.

Greg- Thank you John for your extremely informative responses!  You provided lots of life-saving information for my readers.

“My pleasure, Greg!  I’m looking forward to meeting up with you at TACON in Dallas!”

I would encourage you to book a class with John.  His website can be found at FPF Training.   He will be on a nationwide training tour in 2021 and will likely be within driving distance of almost anyone in the United States at some point next year.

Get to one of his classes.

FPF Training: On the Road! 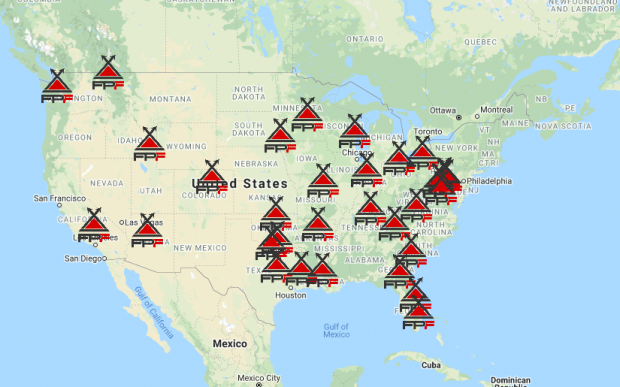