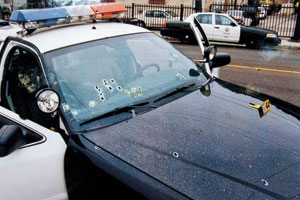 Todd Green has some good thoughts about handgun reliability.  This is a topic I don’t see addressed enough, especially with more serious shooters.  Your gun must be reliable!  Don’t make excuses for it!  If the gun won’t go 2000 rounds between malfunctions, it probably isn’t reliable enough for defensive carry.  Dump it.  As a SWAT officer friend once told me, “That’s what gun shows are for!”

And I have yet to see a 1911 in any form (including Les Baers and Wilson Combats) that will reliably go 2000 rounds without a malfunction.  Choose wisely.  Your life may depend on it!

People new to the world of rifles are often confused by the difference between the .223 and 5.56mm cartridges.  This post exhaustively explains all of the issues.  If you own an AR-15 style rifle, you owe it to yourself to read it.

Some good advice here from a veteran police officer about what to do if you drive into an ambush.

If you have ever been curious about the inner workings of your Glock pistol, check out this site.  It has an interactive diagram of the Glock’s firing cycle along with a written explanation of the entire process.

Tony Blauer is a legend in the combatives community.  I’ve taken a few of Tony’s classes over the years and always found them to be insightful.  Here’s his list of 10 Commandment for street survival.  It’s not new, but it is a good read.

Your Child Has a Rash. Do You Know What to Do? 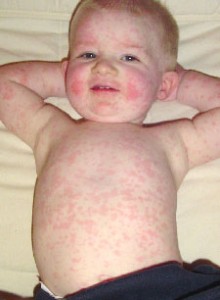 Good medical advice covering the basics of recognizing children’s skin rashes. While this is a start, a dermatology textbook with lots of good pictures would probably be necessary if you were forced to make a definitive diagnosis under austere conditions.

Low-carb diet burns the most calories in small study

This is a pretty well- designed study that actually controlled the food the the participants ate (most studies rely on self-reported data). It found that more calories were burned with a lower carb diet than with a low fat diet.

This shouldn’t surprise anyone who has done any legitimate research. Calories do matter, but the macronutrient effects on hormone secretion must be taken into consideration. Hormones signal the body to store fat, carbs cause more of those hormones to be released in the body. It’s really that simple.

Despite the study’s findings, I love how the “experts” at the end ignore the results and parrot the standard low fat line that we all need to just “eat less”. Clearly, that advice is working well for people.