Written by Greg Ellifritz     The US presidential elections are happening right now.  My American readers should be prepared for violent protests and street attacks when the results get counted.   There is constant low-level internet chatter about rioting, looting, and mayhem being planned by different groups depending on which political party wins most […]

Violent protests, mob action, and rioting scenarios fill up your news feed.  Lots of folks are contacting me about mob violence issues.  Let’s look at some of the issues involved…   To date, the majority of mob violence events have occurred in very large public gatherings and at the sites of large political protests. […]

Written by: Greg Ellifritz   Cops around the country have recently been targeted by members of the community who have thrown buckets of water on the officers as they are making arrests.  If you haven’t seen the news and videos about this new trend, check out Dangerous new viral challenge: Assault police officers with water […]

Written by Greg Ellifritz   Depending on the source of the research you read, you’ll find that about 40% of violent criminal attacks will involve you fighting more than one attacker.  Fighting one person is bad enough.  Fighting a group is exponentially worse.   I’m seeing lots of recent news articles where groups of teens […]

Knowledge to make your life better. If you have some free time, check out some of these links this weekend.   The myth of the “concealed carry lifestyle” “Don’t let people assign you to their tribe without your consent. Concealed carry is a tool, not a lifestyle.”     How to Carry Concealed In a […] 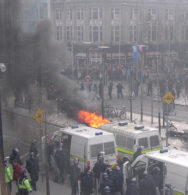 Written by Greg Ellifritz   Within the last couple weeks we’ve seen several teen flash mob attacks on innocent bystanders.  There was an attack perpetrated by a large number of Somali youths armed with hammers at a train stop in Minnesota.  Less than a week later, we saw a mass teenage attack in Baltimore.  Large […]

I’ve read some articles by various “tactical gurus” advising that if people get caught up in a riot or confronted by looters, they should start cutting throats and shooting everyone in the face with their 9mm pistols to facilitate escape.  There’s certainly a time and place for such actions, but if you are smart, it […] 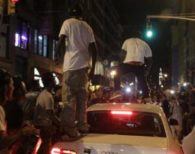 Take a look at the video below.  Watching the whole video will be useful, but if you just want  a basic idea of the events, fast forward to the three- minute mark.   The driver of the white car ends up surrounded by a crowd of people celebrating in the roadway.  The people aren’t […] 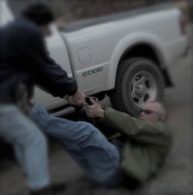 Links to some of the best reading on the web.  If you have some free time, check them out this weekend.   5 Gunfighting Myths Debunked By Massad Ayoob A very insightful article from Massad Ayoob.  You’ve heard these myths espoused  by gun store commandos.  Ayoob dismantles them all.     The Death Of Expertise […]

Here are a few links to articles and videos I found interesting this week and want to share.  Some are intellectual.  Some are informative.  Some are just fun.  If you have some free time, check them out this weekend.   Handgun Stopping Power: Sizing Up Your Options     Valuable details about gelatin testing […]